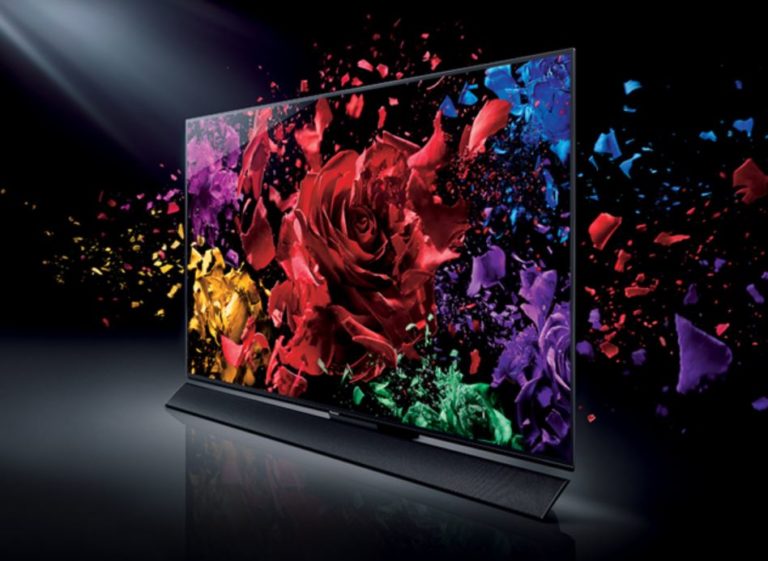 Panasonic has long been a leader in the premium TV space. We spent time with three new models from the 2018 Panasonic premium 4K OLED and LED 2018 TV range.

GadgetGuy Thomas Bartlett covered the launch of the range here. He eloquently explains some of the tech from this 100-year old company. It is a good read.

There are lower cost models too – see the price list at the end.

The letter F at the beginning denotes the year 2018. Last year’s models have the letter E. All three TVs here share the same latest Panasonic technologies.

We have defined this as a ‘first look’- not a review

The TVs were in a perfectly crafted display suite at Len Wallis Audio at 64 Burns Bay Rd, Lane Cove NSW. These rooms have no reflection issues and good harmonics. All up I had a couple of hours with them.

It is hard to add that je ne sais quoi – that special thing that makes these great – without longer viewing.

I don’t want to sound trite in any way – each manufacturer has their terms for essentially the same thing!

How do they look?

Both OLEDs use the same panel and control electronics. As was to be expected they looked very much the same.

In the colour bar test, all colours were perfect. There was no colour overlap as seen on many LED TVs.

And no light bleed as they use individual pixel dimming, not dimming zones. This is impressive.

Reflectivity is an issue with OLED. You need a room free of direct light sources. The studio was darkened but had two downlights at the back. Note that the HDR enabled Samsung S9+ camera picks this up a little more than your eyes do.

Greyscales were perfect. From pure black to white in almost perfect 3% increments. Sorry about the imperfect image!

Overall these two models are as close to perfection as you could ask for.

Next the LED. It is edge lit from the bottom and uses light transmission zones to do local dimming.  Again, the Samsung S9+ HDR camera picks up what the eye cannot see.

Colour bars were good but revealed a small amount of colour overlap and some light bleed. All these were within tolerance for LED.

But full-screen primary colours revealed backlight banding. I stress that the camera sees this. Your eyes won’t.

For comparison here is the FZ1000 OLED colour test.

Greyscale was a little more telling. Instead of the perfect gradient in OLED, the delineation became less clear as it moved to white. In other words, the brightness means you are more likely to see 5-to 10% gradients over the OLED’s 3%.

All tests were after a factory reset to default modes. Each test had the same signal tone and movie soundtrack. No matter what we did all recorded maximum 80dB sound. Where the difference lay was that the FZ1000 sound blade could sustain that level without significant distortion.

The peak tone graph shows that it picks up from 1kHz (mid-range) and declines after 2kHz – a narrow band. What this means is that the speaker has a native mid-sound signature.

After Panasonic works its magic, we see the frequency response. Almost no bass, strong mids and recessed but reasonable treble. Still, a mid-signature more aimed at clear voice than movies.

The peak tone graph is almost identical to the FX800 LED. It would not surprise me is the speakers were the same – only twice as many.

The frequency response shows more work. Here we see upper bass kicking in at a respectable 100Hz, strong mids, and recessed treble. This is a warm and sweet sound signature. It more suits to movies, still with an emphasis on clear sound.

The peak tone graph shares many similarities but shows bass from 100Hz and what appears to be tweeters kicking in at higher volumes.

The frequency response shows some sub-100Hz bass, higher levels of mids and trebles. It is still warm and sweet (easy listening) but is trying for a ‘brighter’ and more controlled sound. This induces a little harshness at maximum volume.

Personally, while the sound from all is perfectly acceptable, I would invest in a 3.1 to 5.1 soundbar (both have Left/Centre/Right channels and a sub-woofer. The latter adds to rear speakers for better surround sound.

GadgetGuy’s take. What have I learnt about Panasonic premium 4K OLED and LED 2018 TV?

Well, first some advice to Panasonic. Trying to review three TVs in a couple of hours loses all the nuances. And of course all the fun you have when you review a single TV over a week or three.

I could not fully investigate My Home 3.0. This allows further customisation of the home screen for access to on-demand or streaming services, and frequently used web browsers, apps and devices.

Nor could I sit back and enjoy the view. I know these work via Google Assistant and Amazon Alexa – Nuff said!

It was instructive to see the LED in the same room as the OLED. Frankly, I found all TVs excellent and the LED precisely performed the way I have seen other brands do. Banding, less grey-scale and more saturated colours.

As a movie buff I would invest in the DP-U820 Blu-ray Player. It decodes Dolby Vision and Dolby Atmos. And a thumping big Dolby Atmos sound bar – either a 5.1.2 or 5.1.4 for enhanced spatial sound.

The FZ950U OLED is my favourite. It allows you to use a soundbar. But the FX800 was impressive for a LED as well. It is probably more suited for an expansive, well-lit lounge environment.