PMA 2011 wrap: A few announcements and a lot of accessories 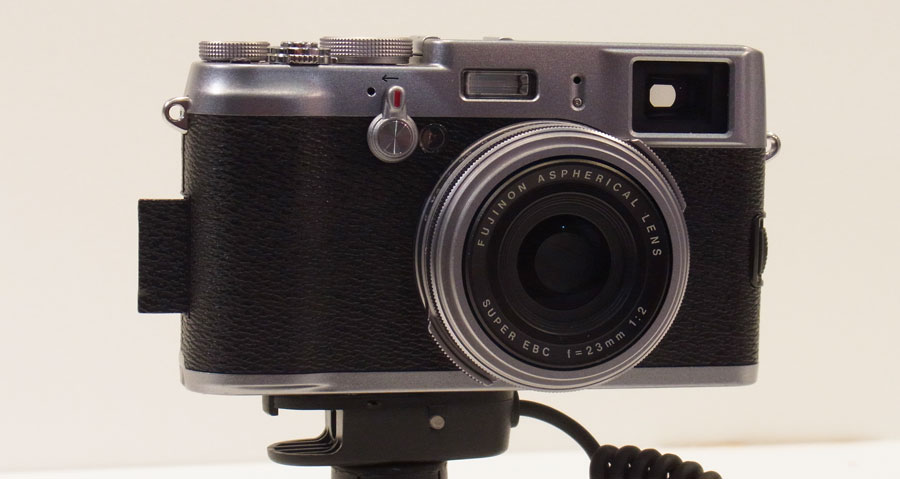 Australia’s imaging and entertainment expo came and went last weekend, giving Sydneysiders a taste of what’s happening in the world of cameras, video cameras, and a whole ton of accessories.

Surprisingly, we didn’t spend as much time with new cameras as we expected. Most of what we saw at the various stands wasn’t what we consider “new”, with only Panasonic, Ricoh, Olympus, Fuji, and GE managing to really grab our attentions.

Over at Panasonic’s stand, we were shown the new Lumix Micro Four-Thirds cameras, including the new G3 and GF3 bodies, as well as some very nice new lenses made by Leica. We took the GF3 for a walk around Darling Harbour to get some shots with it and found that it’s a pretty special camera, managing to blend a compact size with a fair chunk of photographic power.

Panasonic isn’t the only company using Leica technology, as Ricoh showed us a new concept it’s been working on that takes the GXR modular camera and combines it with the ability to take Leica lenses.

Just metres away, Olympus got our attention with a couple of new cameras, namely the low-light capable XZ-1 and the traveller-friendly SZ-30MR, which has a cool feature allowing it to record two types of images or videos at the same time.

We also got to see the new cameras from GE. Announced at the show, these new offerings aim to bring 14 megapixels, HDR imaging, and high-speed shooting below the $300 mark.

And Fuji spent some time showing us a couple of cameras we hadn’t yet seen, namely the X100, a new $1200 camera with a truly retro style to it. From what we’ve heard, this camera is handmade, making each model one of a kind.

And after all of those cameras, we saw bags. Lots of bags.

In fact, we spent more time looking at accessories than we did anything else at PMA’s Imaging and Entertainment Expo. There was just so much that it was impossible to avoid. We saw camera bags, laptop bags, tripods, flash kits, iPad cases, iPhone cases, lighting gear, teleprompters, printers, scanners, and cleaning kits.

Over at the Kata, Lowepro, Tamrac, and Jill-E stands, we got our fill of bags. This year, we’re seeing more sling bags than we’ve ever seen, some capable of carrying enough clothes for a day, your lunch, and of course your cameras. The Jill-E line is especially interesting because it combines a look that women will appreciate and the padding and compartmentalisation that photographers have come to need in a bag. Jill-E also make bags for men under the “Jack” range, though there are less of them.

Velbon managed to wow us with a couple of new tripods, most notably a tripod that manages to pack up into a very small size and still offer the height of a full size set of legs. And we were quite taken with a cleaning kit that promises to make the maintenance of your digital SLR less troubling. The LensPen SensorKlear Loupe Kit – yes, it’s a long name – packs in a loupe with LEDs to help you see what you’re doing, a blower, and a pen that removes dust by using carbon.