Ultrabooks may have been the domain of the 11 and 13 inch form-factors up until now, but Samsung is trying its hand at something bigger, with an offering that increases the size to 15 inches and packs in the performance of a full-size, to boot.

Samsung has been giving the sub-notebook design a good swing for a few years, ever since the Ultrabook concept sort of came to life, and with the new Series 9 (advertised as such on the box), the company is in its third-generation of the idea.

Last year, it got it almost dead on, with very little to complain about, and a machine that – bar performance and price – was as close to 13 inch perfection as it could be.

With this model, it’s the first 15 inch to feature this snazzy Samsung design and thickness, and from the specifications, it looks like it should make a lot of people happy. It’s still not technically an “Ultrabook” mind you, at least not how Intel classes it, but it’s about as close to one as it needs to be.

Intel’s third-generation Core i7 technology is on-board here, clocked at 1.9GHz and working with 8GB RAM. Our review unit featured a 256GB solid-state drive though you can find configurations supporting a 128GB drive.

The 15 inch display included here is anti-reflective (more commonly known as matte) and LED backlit, while the resolution is 1600×900 (900p).

Connections on this machine include WiFi 802.11 a/b/g/n, Bluetooth 4.0, a special micro-connector for Gigabit Ethernet (10/100/1000) with the adaptor included, two USB 3.0 ports, one USB 2.0, headset jack, a micro HDMI port, and a compact VGA port that requires an optional adaptor.

A webcam is built into the small frame surrounding the display, set at 1.3 megapixels, while an SD card slot is also included on the right under-side of the machine.

We were fans of the first Samsung Series 9 laptop we checked out, and so we have high expectations of the new one. It’s the first big-screen slim machine that has really grabbed us with visions of being light and portable, so here’s hoping Samsung can nail it.

Let’s start with the good, and there’s a fair amount of that to check out.

As per usual, the build of Samsung’s Series 9 machine is just simply lovely. Somewhere between those simple clean metallic lines and the dark blue colouring, this laptop is one elegant device, and is hard to ignore.

We’re still fans of this simple design as much as we were last time around, and it’s just as lovely to look at as it was before, even though it is obviously bigger in this machine.

It’s also still exceedingly well built, though it’s no longer the “duralumin” type of aluminium, just regular aluminium. Not like that’s a problem, though, because the differences are molecular, from what we understand, and this is still a very well crafted machine. The chassis is full metal and while it isn’t a unibody chunk that has been carved out, the 15 inch Series 9 still feels like it has been put together expertly.

On the usability side of things, the keyboard is full, and while it’s a reasonably shallow keyboard, it still has the right click and feel to it. In fact, we have had very few characters go missing as we typed, with the result just as strong an experience from the 13 inch brother we reviewed last year.

Just like in that machine, the touchpad is a pretty solid experience. It isn’t quite the trackpad that Apple makes in its machine, which is near faultless, but this comes close, with the only complaint being that it’s not very programmable on the driver side.

Other than that, gestures work quite well, and loaded with Windows 8, you’ll find swipes from the left, right, and top all do what Microsoft would normally have from a touchscreen (switch apps, Start panel, and options respectively). Likewise, there’s zooming, double finger scrolling, and even the two finger tap-to-right click that other computers have.

All up, the touchpad experience is one of the better ones we’ve felt on a Windows 8 laptop to date.

Backlighting works quite well, too, with multiple levels of keyboard lighting available, and the entire thing fading into existence when you’re in a dark room and just getting ready to type.

Thanks to the specs, this is also a machine that flies.

Our review model seemed pretty high end, and with an Intel Core i7 clocked at 1.9GHz, and while it’s only a dual-core model, it’s very speedy still.

Paired with 8GB RAM, a 256GB solid-state drive, and running Windows 8 in 64-bit, this is not a machine to be sneezed at, with start-up times of seven seconds from full off and just a second coming back from standby. That’s pretty bloody decent, and most users should be happy here.

As per usual with most super-thin machines, there isn’t a discrete graphics chip in operation here, so gaming won’t be its forte, but we still had no problems running the odd casual title when we were in our off time.

Battery life is also quite decent, netting roughly 7 to 8 hours in our experience, although we’re fairly light users. With a Core i7 on-board, you could make some serious dents with processing, and see that battery life drop a few more hours.

Still, if you’re mostly doing web surfing, word processing, and business-y activities on the go with you, this is an Ultrabook-styled machine that performs.

For the most part, the 15 inch Series 9 is a winner, and Samsung has done nearly everything right. It feels right, the keyboard has a solid click to it, and there’s no denying that this laptop handles well.

But then there’s the screen, and that’s one area where Samsung has dropped the ball.

It's a lovely machine, but we don't know why the screen is so vastly different from the 13 inch Series 9.

Whereas 2012’s Series 9 featured a lovely 13 inch display that was viewable from practically any and every angle, the 2013 model is really only good dead on, and reminds us of the sort of low-grade tech we see on cheaper laptops.

We can’t help but think this is a Twisted Nematic (TN) panel, and lacks the quality seen in the previous model, which used something close to the In-Plane Switching (IPS) displays of tablets and high-grade notebooks.

In short, you need to be sitting dead on to see the screen properly, and even the slightest deviation to one side or degrees causes an image wash out.

From the left and right angles, there's a bit of wash out, but when you push the screen either too far back or forward, the colours change ridiculously.

This certainly isn’t the same type of display we saw on Samsung’s premium laptop last year.

It is the same resolution, though, and that’s not a good thing either.

About the only thing this screen has going for is that it features a matte finish, which makes it insanely easy to use in most environments thanks for the lack of reflections it picks up.

Thin and light computers generally can’t be found beyond 14 inches, and with the Series 9 15 inch, Samsung has taken it up a notch, throwing together a fast mobile machine that definitely won’t weigh down your shoulders, hands, or back.

For a first effort in a 15 inch Ultrabook-styled machine, Samsung almost nails it out of the gate, with fast components and solid build quality, if it only wasn’t for that display which stops it from being amazing.

Still, it’s an excellent machine, and if you can excuse a display that’s a little under where it should be, the Samsung Series 9 15 inch is worth checking out. 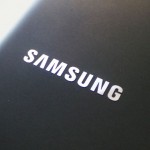 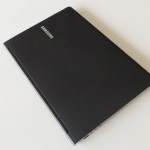 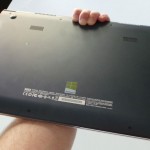 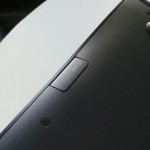 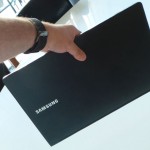 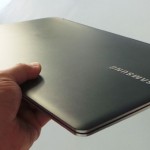 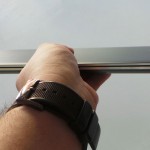 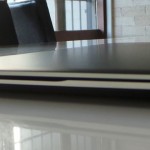 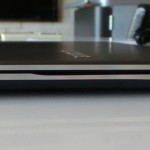 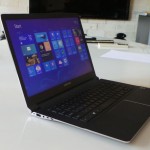 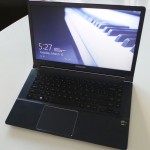 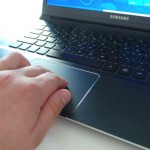 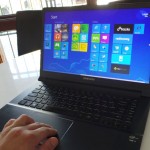 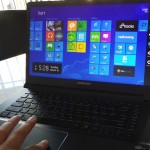 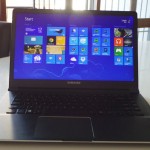 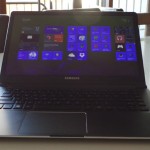 From the left and right angles, there’s a bit of wash out, but when you push the screen either too far back or forward, the colours change ridiculously. 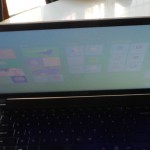 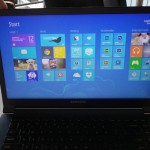 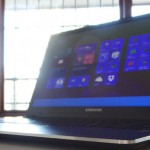 It’s a lovely machine, but we don’t know why the screen is so vastly different from the 13 inch Series 9. 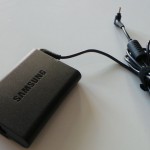