Telstra is pissing off its mobile customers 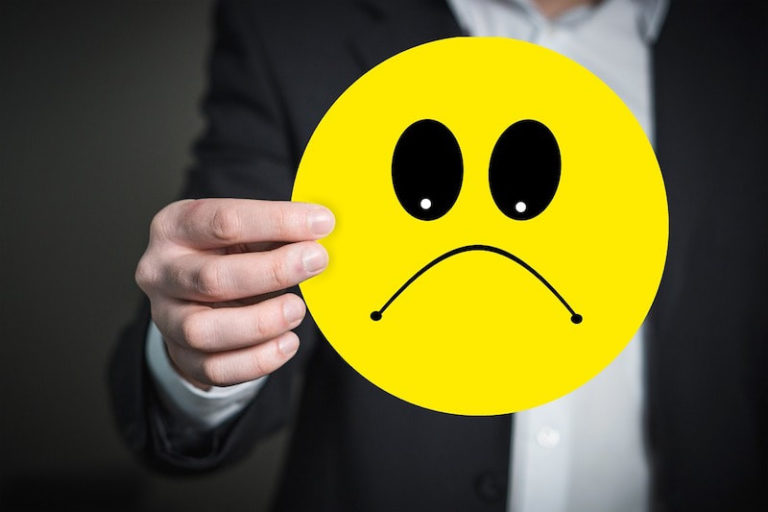 Telstra is pissing off its mobile customers. Its new T22 mobile plans are achieving that – unintentionally or not. The result will be hordes of once loyal customers leaving the once venerable Postmaster-General, Telecom Australia and now Telstra.

In June GadgetGuy reported on Telstra’s T22 strategy to effectively to reduce some 1800 mobile plans to 20. At that point, we said we were not able to fully analyse the move. Well, we have now come to the inescapable conclusion that Telstra is pissing off its mobile customers – or at least it’s lower revenue ones – on purpose.

In our report, we stated that “The emphasis is on the word ‘new’ customers meaning ‘existing’ customers of the maddening mire of 1800, often wildly inconsistent plans will need to contact Telstra at the end of their current plan to see what deal you can do.”

So, I rang Telstra’s faceless (useless) Philippines call centre on 132200.

I politely asked why my new combined plan was going to be $120 a month (it was $70) and importantly why family data sharing was not available. Can you tell me what other plans the email refers to? Why can’t I stay on my existing plan – after all, it has a long-term customer loyalty credits applied (I am a 40+ year customer)?

“Sorry all we can do is move you to the new plan or cancel your account,” said a rather disinterested faceless voice.

“That’s not good enough. Please escalate this to someone who can answer my reasonable questions,” I responded.

“Sorry I can’t do that. It’s either a new plan, or you can cancel your account,” said the war-weary, faux-English voice.

“I will offer you that option again. Please transfer me to someone who can answer my questions or lose a 40-year customer,” I said, trying to keep blood pressure down.

“No,” was the response. I hung up in disgust at Telstra and its useless call centre.

In my case, I use the family data share feature to combine my wife’s and my data enabling a lower monthly plan for her (she makes about 10 outgoing calls a month). There is no more family data share and that is going to piss off parents as well.

So, Telstra has lost another two mobile customers, and I hope all readers will rapidly follow suit. Perhaps that is Telstra’s plan.

Telstra is pissing off its mobile customers, particularly its lower revenue mobile customers and keeping the higher value shear-able sheep. You are a sheep if you blindly pay Telstra’s mobile bill now without shopping around.

This group rely on a quaint thing called a landline.

Unfeeling and uncaring Telstra now has an unlimited voice plan (for older copper landlines) at $55 per month and offers pensioners a $10 discount. Or there is a legacy (we don’t know for how long) Home Essential Plan that is $25 a month plus call costs including 22 cents per local call (local), 55 cents connection and 25 cents a minute (national calls) and 55 cents connection and 25 cents a minute for mobile calls.

To put that in perspective its $660 per annum to have a landline including call costs or $300 plus expensive call costs.

Now many are bamboozled by a new thing called NBN.

They are told they must transfer to NBN within six months, or their landline phone will be cut off.

The cheapest monthly (not Telsta) NBN12 (lowest speed) combined phone/data plans start at around $50/100GB/unlimited calls. But no one tells them they may need to pay for a modem, installation, and a new DECT/Wireless handset system as the old wired phones/extensions/alarms/medical alerts won’t work. And they are pressured into 24/36 months plans to lock them in for a free (and very crappy) modem.

These people don’t want data – just reliable phone service. Post-NBN phone only options are here, and if you have an elderly parent or relative, you need to read it, or they will be ripped off.

This group seldom use more than a few MB data (if at all) for email and making/receiving calls from family. Most would prefer a phone with big buttons that not need constant recharging. Many just put it in the car in case of a breakdown. The cheapest Telstra plan now is $50/50GB per month – $600 a year to have a damned emergency mobile.

There are companies known an MVNOs  (mobile virtual network operators – list here) that buy wholesale voice and data capacity from Telstra, Optus and Vodafone and resell their network.

Companies including Boost, Aldi, and Woolworths uses Telstra’s 3/4G LTE networks that cover most of Australia’s population. They do not have access to its 4GX or 5G networks, which means data download speeds are capped at 100Mbps. Do not be concerned – unless you are a power user and live/work in a 4GX or a mythical 5G area you won’t get any faster than 100Mbps even on Telstra.

We won’t go into all the MVNO plans – you can find them at WhistleOut. But there are a few caveats to remember.

Telstra may have screwed all its lower-revenue users, but its mobile network still has the best coverage with Optus not far behind (check online coverage maps first). Avoid Belong as it is 100% Telstra owned, and many say it is even worse (like Telstra, it performs abysmally in the independent Product Review ratings).

Also, remember that you need to contact the MVNO if you have service difficulties or faults. Lower cost MVMOs may only have customer internet chat (not phone) or online support. But then I have received such poor service from Telstra’s faceless Philippines call centre that is next to useless so that may not be an issue.

You have a choice of mobile pre-paid or monthly post-paid plans.

Pre-paid, for example from Boost, means no contract. You can cancel at any time but will lose your number unless transferred to another MVNO. It allows you to control costs buying what you need via monthly recharges.

Post-paid (usually for 12 months), e.g. as offered by Woolworths has the advantage of rolling unused data over to a 100GB databank as well as promotional data for Rewards members. Aldi also has some excellent plans, including a three-user family pack to share data. It also has 365-day expiry data-only plans for tablets and laptops.

GadgetGuy’s take – Don’t be Shaun, the Sheep. Leave Telstra or be shorn like a sheep

Telstra is pissing off its mobile customers. That is a statement of fact.

Somewhere PMG/Telecom’s DNA – the universal service provision – was lost. That meant things like senior’s plans, plans to suit all incomes, public phones (at Woop Woop and beyond) and a genuine caring service attitude are overtaken by the holy dollar. Good for shareholders – enormously sad for Australia that fondly remembers the ‘Telstra past’.

Maybe its Telstra’s grand plan to sort the wheat (high revenue) from the chaff (Joe and Jane Average) – sure seems like it because I doubt anyone could be stupid enough to piss off its mobile, hell all customers, as Telstra seems to be doing.

With one fell (and foul) swoop Telstra has disenfranchised millions of lower-cost users. It knows many will be too lazy to look around – well here is the wake-up call.

Postscript: While writing this article I researched several MVNOs and was attracted to Woolworths 12 month post-paid plans. I went to Woolies, bought a $10 starter SIM pack (well two) and tested using my wife’s phone (in case things went pear-shaped).

Swapping was incredibly easy. Replace the sim, go to Woolworths mobile website/activation, type in the existing phone number and Telstra account, select a plan, put in a credit card and voila – within 30 minutes the number was transferred and working. Armed with confidence I repeated that for my phone and it worked too. I feel liberated from Telstra and the costs are about a third of what Telstra wanted and Woolies credited the starter pack costs as well.

Disclaimer: I admit to having ongoing issues with Telstra over NBN and a current Telecommunications Industry Ombudsman complaint against them. I am sticking with Telstra/NBN because the issues are not resolved and I want to go the of wasted hours with another ISP – I just want them to fix it.

But it gives me no joy, especially as a 40-year loyal customer (and a large ISDN, Fibre business user as well) to have to say that Telstra sucks.