Ten products from CES to desire 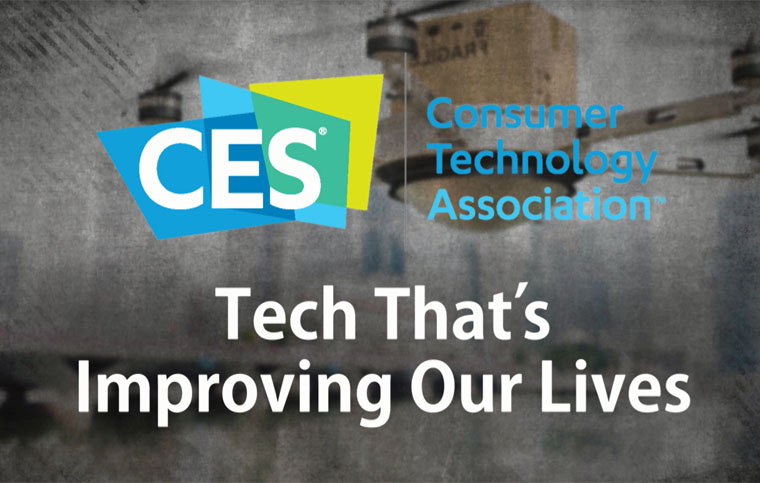 Well, the Consumer Electronics Show in Las Vegas has come and gone, and as usual there were acres of displays showing the kinds of things we can expect in gadgetry this year, and perhaps for the next few.

Here are ten things which caught our eye.

Yes, yes, yes, there are selfie drones galore. But what we liked about the Hover Camera Passport selfie drone was its relative safety. We know that it’s hard to do much damage with small drone rotors, but they are nonetheless scary and could certainly hurt someone’s eye. The Passport’s four rotors are encased with grilles.

It also folds up more conveniently than most, can track you through the air, will fly for up to ten minutes and has a 13 megapixel camera capable of recording up to 4K video.

Our colleague Valens spotted this one: Samsung is resurrecting the “Frame TV”. We remember reviewing TVs ages ago – must have been about ten years ago – which had a bunch of built in famous paintings, and we’re pretty sure they were Samsung models. That fell away for some reason, but now it’s coming back.

The difference is, with UltraHD displays, enormously improved colour and black levels, and much lower energy consumption, we can see that as now being both viable and attractive.

Also years ago, Samsung also experimented with another exciting TV: a model consisting of a single 8mm thick panel, connected to all its electronics by a single cable. It had its problems, to be sure, but what great promise it had. However, it was dropped rather than improved.

The same concept is appearing with LG’s top of the line OLED, the W7 Signature TV. But instead of 8mm thick, the panel is only 2.57mm thick. Wow! Again, the trick is outsourcing everything except the picture to an external box (in this case, a Dolby Atmos-capable sound bar). We can’t wait to get one of these in, although we expect they’ll be terribly fragile.

We’ve noticed that the new generation of home robots – perhaps we should say the forthcoming first generation of usable home robots – tend to have eyes that blink, giving them a little bit of seeming personality. And so it is with the Kuri by Mayfield Robotics.

This little beauty looks like a cross between a snowman and a penguin. These 50cm tall robots glide around the house, keeping an eye on things. They can send video when you’re away, recognise that someone’s an intruder, carry your music around the house with you and act as a voice interface to the Internet. Apparently they can even read stories to the kids. But they won’t sweep the floor and wash the dishes. Maybe the second generation version.

We’ve already said that we think big things are happening this year with Virtual Reality. So does the French firm Hypersuit. It was showing off what everyone seems to be calling an “exoskeleton”. It isn’t, of course. It’s a sophisticated movement sensor.

The trick is, you lay on the device and your arm movements are replicated by your in-scene VR character. Think of games and scenarios in which you’re flying through the air or space, or travelling under the sea. You control your direction as though you were a bird, or a fish. Great fun, we think, but perhaps a bit bulky.

We weren’t going to mention this seeing as how we’ve been raving about this computer for months, including in our review, but we simply had to since at CES 2017 the HP Spectre 13 notebook computer was awarded “Best of Innovations: Computer Hardware and Components”.

As the award committee noted, “It is made for the customer that wants cutting edge technology in the thinnest form factor ever.”

We had bit of a rave about this the other day, seeing it as the first “smart” fridge that might actually be worthwhile. The ability to see through the 29 inch display on one of the doors could be quite useful, but most important is the ability to interact with it via Amazon’s Alexa voice system.

But one word of caution. There is one fundamental mismatch in this kind of device. You typically expect to use your fridge for up to a decade, or perhaps even longer. But the electronic technology will be starting to look rather old hat within two or three years.

Every company and its dog has a tracker band out, sometimes half a dozen models. Quite a few of these double as smart watches, but their prime focus is usually on health, as it should be.

And while it’s great that we can use gadgets to help you us healthier, some health needs have typically been underserved. This is where the K’Track Glucose comes in. In addition to tracking steps, distance and calories consumed in exercise, the device monitors blood glucose level, without having to stick you.

This is a gadget that isn’t just for fun, but something that can potentially do quite a bit of good for diabetics.

Network infrastructure is far from sexy, but having those files transfer in seconds rather than minutes, and that video stream smoothly without interrupting the flow of high fidelity music in a multiroom audio system, well that certainly is sexy.

The Netgear Nighthawk offers the latest standard – 801.11ad – which utilises a new higher frequency band to potentially quadruple throughput. The nominal WiFi speed is 7.2 Gbps. You can stream 4K video wirelessly, while doing all the other stuff as well. It also packs a four core, 1.7GHz CPU so that everything is managed well. There are also seven gigabit Ethernet ports.

Just the kind of thing to make sure your home or small office will be futureproofed for the next few years.

And surely anyone having flown home from Las Vegas after checking all the goodies at CES 2017 would be after a good night’s sleep to align them again with our Australian time zones. Another innovation award winner, then, is was the Sleep Number 360 smart bed.

A smart bed? Yes, it adjusts firmness and support continuously throughout the night, making changes as required to ensure that your sleep is optimised. And it does this individually for both sides, so you don’t get rolled around by your partner.

Best of all, the auto back tilt can raise the partner’s head and back by a few degrees when the bed senses the snores commencing.