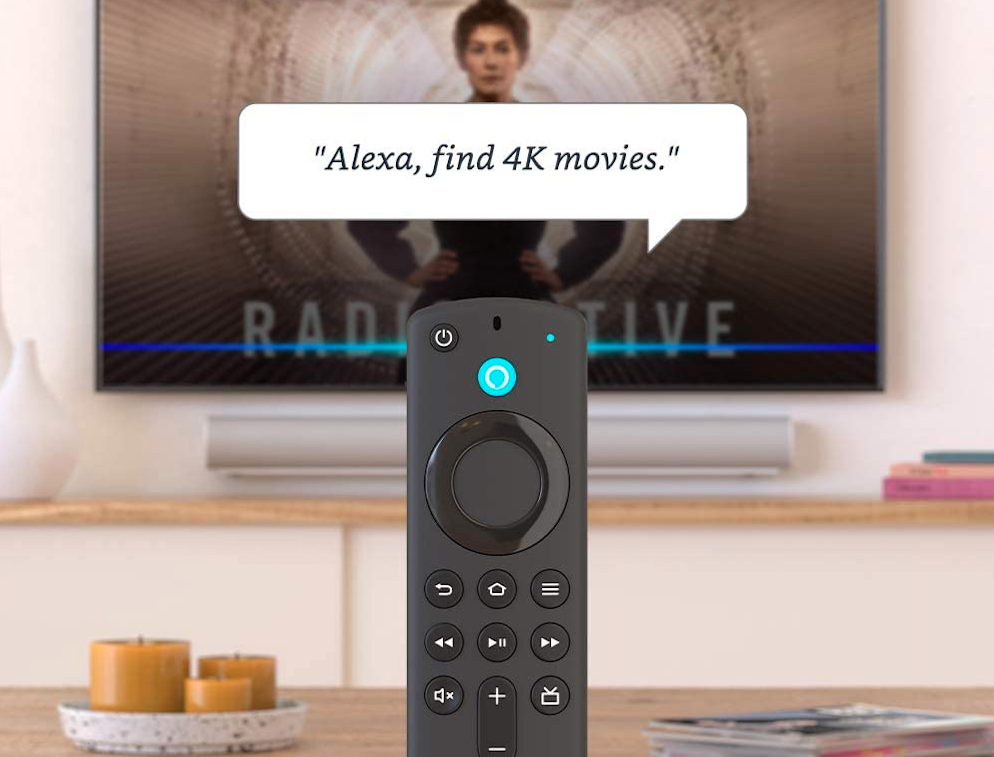 The Fire TV range of devices is Amazon’s equivalent to Google’s Chromecast and the Apple TV, letting you watch your favourite streaming video services on your television. Plugging into an HDMI port, it’s an easy way to give an old dumb television a smart overhaul.

Streaming sticks like the Fire TV can also save the day when smart TV makers are slow to add new services. For example, Paramount+ is yet to come to LG’s webOS, leaving sci-fi fans reliant on a streaming device like the Fire TV Stick 4K Max if they want to watch Star Trek: Discovery on the big screen.

Unfortunately, Amazon often treats Australia as an afterthought when it comes to new hardware and services. It was very slow to release its Prime Video service and Fire TV streaming devices here, and then very slow to offer us a 4K option with the Amazon Fire TV Stick 4K.

The new Fire TV Stick 4K Max is only an incremental upgrade to the standard Fire TV Stick 4K, which Amazon says is still available but doesn’t seem to appear on its website. Either way, it’s great to see that Amazon ensured the new model made it to Australia quickly.

At $99, the pricing is on par with Google’s 4K Chromecast, but often you’ll find Amazon’s gear on special. At the time of publication, you could pick up the Amazon Fire TV Stick 4K Max for $59, perhaps making it the cheapest way to give your television a smart revamp. Especially if you’re looking to watch the Apple TV+ streaming service on the big screen without spending money on Apple hardware.

There’s a lot to like about the Amazon Fire TV Stick 4K Max, if you’re an Amazon-centric household. Of course, that’s a big if in Australia, where Amazon’s tardiness in introducing new products and services sees it play the role of the underdog compared to Google and Apple.

At first glance, the 4K Max is identical to its predecessor. To be honest, you’re unlikely to notice the difference unless you tend to push your streaming devices to the max. So what does it bring to the party?

Support for the Paramount+ app is handy if it’s not available via your smart TV. Alternatively, you can sign up for Paramount+ through Amazon Prime Video as a bolt on package. Be warned, this way it’s tied to your Amazon account. You can’t log into the Paramount+ app on other devices like your smartphone.

Sports fans will appreciate the 4K Max’s support for Optus Sport and UFC but perhaps lament the lack of Foxtel’s Kayo and Binge.

The Achilles’ Heel of Amazon’s streaming wunderstick remains the lack of an equivalent to Chromecast/AirPlay streaming, for flinging video from a wide range of mobile apps to the big screen. This could be a deal-breaker in some homes.

The first key improvement with the Amazon Fire TV Stick 4K Max is the step up to Wi-Fi 6. This offers faster wireless speeds and reduced network congestion.

Of course, to take advantage of Wi-Fi 6, you need a Wi-Fi 6-capable router. If you don’t have one then you won’t see any benefits from owning Wi-Fi 6 devices. Except for the future-proofing of laying the groundwork for when you do upgrade to a Wi-Fi 6 router.

If you do own a Wi-Fi 6 router then, in theory, the Max could offer smoother video streaming compared to the standard Fire TV Stick 4K relying on Wi-Fi 5. It depends on a lot of factors, including the distance from your Wi-Fi router, the number of devices on your Wi-Fi network and the amount of wireless interface in your home.

If you’re not getting reliable video streaming over your Wi-Fi 6 wireless network, using the old Wi-Fi 5-capable Fire TV Stick 4K, then upgrading to the Max might help. Assuming of course your streaming problem is related to Wi-Fi and not the quality of the broadband link running to your home.

The second improvement is the jump to a quad-core 1.8 GHz processor with 2 GB of RAM – stepping up from 1.7 GHz and 1.5 GB respectively. Once again, not everyone will appreciate or even notice the change.

The old Fire TV Stick 4K wasn’t a slouch. In comparison, the Max loads apps and starts streaming roughly 1 second faster. The same when you press the Home button to get back to the main menus. It’s a slight improvement, but your average punter wouldn’t notice the difference, unless you sat there with a stopwatch.

The Fire TV ecosystem includes access to a basic games library, with support for Bluetooth controllers, but there’s not much to get excited about beyond a few gems like Crossy Road. Once again, switching between the old Fire TV Stick 4K and the new Max doesn’t make a striking difference in terms performance.

That extra grunt, and Wi-Fi 6, would more likely come in handy if you were using the Amazon Fire TV Stick 4K Max with the Amazon’s Luna game streaming service. Except that Luna is only available in the US and there’s no indication as to when it might come to Australia.

If you’re already wedded to the Amazon system, with Echo speakers and the Alexa smart assistant, then the 4K Max would make a decent addition to your home.

Of course, if your home is already full of Google or Apple gear, then it probably makes sense to stick with their streaming devices. If you’re yet to swear your smart home allegiance, Australians should think long and hard before backing Amazon over its rivals.

No, because I think Google’s ecosystem has more to offer Australians – especially when you consider Chromecast streaming from your portable devices.