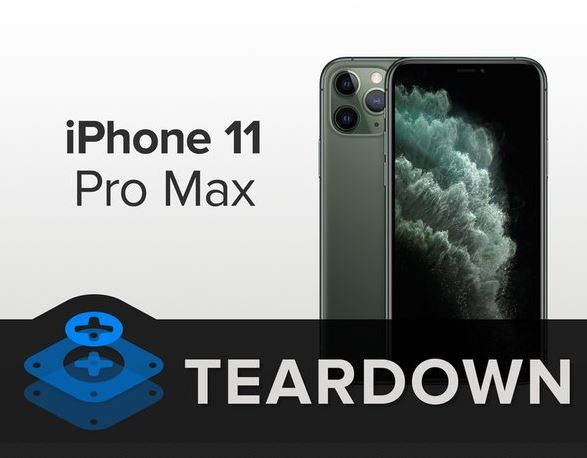 The Apple iPhone 11 teardown has answered the question everybody, and we mean everybody was asking, “How much RAM does it have?”

Apple released the iPhone 11, Pro and Max Pro last week but conveniently forgot to state the RAM on its webpage. “Oh my gosh what is Apple hiding?” was the global response. Well iFixit has a  complete Apple iPhone 11 teardown here, and the answer is not 42 but 4 too. Just like the iPhone XS/MAX.

Now Apple should know its stuff and understand what RAM it needs to run iOS smoothly, but the absence of a declaration of “Baa-RAM-ewe’ was considered sheepish. Would Apple sheep merely accept this and follow the flock – the iFixit Apple iPhone 11 teardown crew wondered?

It got analysts wondering why Samsung, LG, Huawei, OPPO et al., had started putting in 8, 12 and even 16GB of RAM. The answer was twofold.

First, Yes Android only needs 3GB to run, but it wants to futureproof these flagship handsets to run Android 10, 11, 12 etc. And RAM is getting cheaper, so it is easy to throw in more.

Second, Android devices (and we presume Apple) are becoming our primary computing devices, and the extra RAM allows for multi-tasking, screen mirroring, things like DeX etc.

But you cannot compare iOS and Android memory management.

iOS apps are generally smaller and designed for dynamic memory management, giving and taking as needed. Apple has much more granular control over what an app does in the background. In practice you can keep loading apps forever, and it only allocates RAM when they are active.

Android tends to have larger apps and allocates static buckets of RAM for each app. Android makers will always opt for more RAM to keep processes running efficiently without having to terminate them all the time.

So, it is no biggie that Apple iPhone has 4GB! BTW: All Apple enthusiasts need to do is install Aida 64 from the App Store – it tells you RAM, battery size and so much more.

Other than that, its an updated iPhone X with a more significant camera bump.

Oh, and if you want to know battery capacity (also not disclosed) they are

Again it is hard to compare iOS and Android battery management.

The iPhone 11 scores six-out-of-ten for repairability – that is not too bad at all.