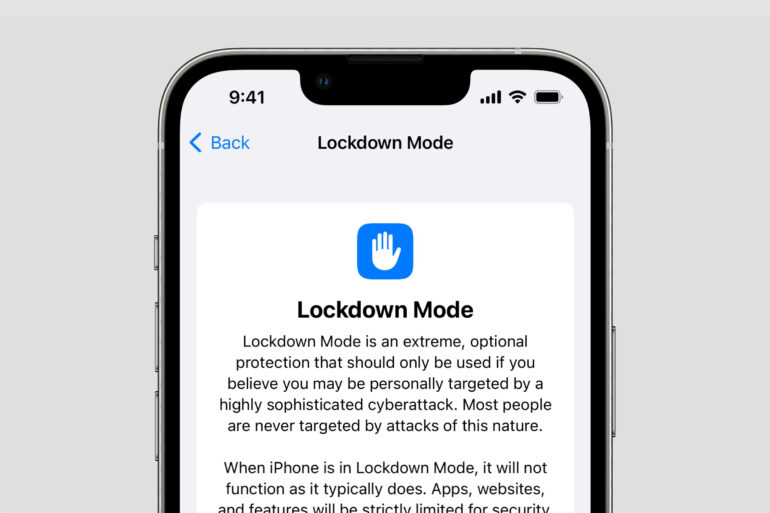 Ramping up security for those who need it most, the new Apple Lockdown Mode is set to protect iPhones, iPads and Macs against sophisticated and targeted attacks.

With Lockdown Mode enabled, wired connections with computers and accessories are also blocked when an iPhone or iPad is locked.

At the same time, Apple is offering a $2 million bug bounty for researchers who find security holes in Apple’s Lockdown Mode. It also offers a $10 million cybersecurity grant to support organisations which conduct mercenary spyware threat research and advocacy.

While Apple Lockdown Mode will be available to all Apple users, it is designed for those who are at risk of highly targeted attacks, such as state-sponsored mercenary spyware aimed at human rights activists, lawyers, politicians and journalists, says Ivan Krstić, Apple’s head of Security Engineering and Architecture.

Last year, Apple released a security patch to address the threat from Pegasus spyware used by governments around the world. Apple also sued NSO Group in an effort to stop the company from developing or selling any more hacking tools like Pegasus.

“While the vast majority of users will never be the victims of highly targeted cyberattacks, we will work tirelessly to protect the small number of users who are,” Krstić says. “That includes continuing to design defences specifically for these users, as well as supporting researchers and organisations around the world doing critically important work in exposing mercenary companies that create these digital attacks.”

“Lockdown Mode is a groundbreaking capability that reflects our unwavering commitment to protecting users from even the rarest, most sophisticated attacks.”

More on security at GadgetGuy.