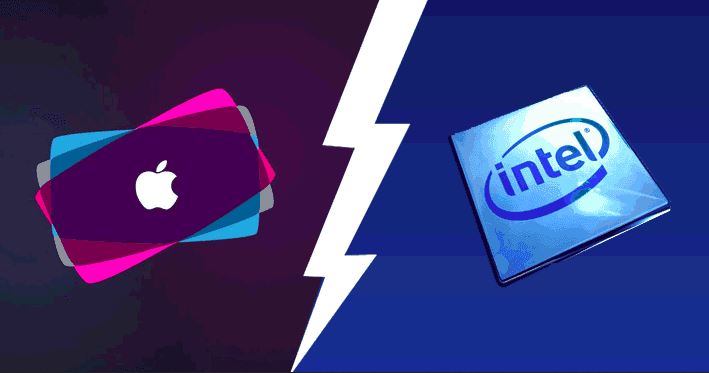 Earlier this year Apple announced Project Kalamata. The endgame appears to be to replace Intel x86 CPUs in Macs with custom-designed, ARM-based silicon. Just like it has with its A-series processors in the iPhone, iPad etc.

For some time, Apple has included a ‘Power Nap’ ARM co-processor in its Macs that continues to function when the Intel CPU is asleep.

First, Kalamata is a city in Greece. It lends its name to the black olives natively grown there. And for the life of me, I can’t see what relation to an Intel or ARM CPU it has!

Second Apple and Intel have had a long relationship since 2006. Apple sells about US$25 billion Intel-based Mac and MacBook annually.

But there are other projects that portend Apple’s future directions. Apple is reportedly developing its own replacement products:

Apple is just doing what successful companies do

It needs to reduce its reliance on other companies, control its supply chain and make as much of the dollar spent on Apple goods and services.

To be fair, Samsung and to a lesser extent, Huawei, controls much of their supply chain. And that is why they can be more successful than smaller companies who buy from them.

Up-and-coming Chinese smartphone maker Xiaomi is also considering developing its own silicon. It has made 35 investments in technology companies since 2013. Over 20 of these are directly related to eventual self-sufficiency.

Back to an Intel-less Mac

Apple can move from x86 to ARM fairly easily. And it is for the same reasons Microsoft can make Windows 10 run on Qualcomm ARM-based chips.

It controls the operating system. It can easily recompile for different hardware platforms. And where there are app issues, it can run existing Mac apps in an x86 emulator.

That means it can stop waiting on Intel new processor models, it can stop competing on a bang for buck basic, and it can take Mac, indeed all its products in the direction at the speed that suits it.

It also means that it can avoid embarrassing x86 hardware-based vulnerabilities like Meltdown and Spectre. Although that assumes it will be as competent as Intel in chip design.

And we may finally see the merger of macOS and iOS into one platform – Project Marzipan. That’s the theory anyway.

In short, it would allow Apple to control its destiny.

When will we see Project Kalamata bear fruit?

“Apple Inc. is planning to use its own chips in Mac computers beginning as early as 2020, replacing processors from Intel Corp., according to people familiar with the plans.” states a report published by Bloomberg.

GadgetGuy’s take – what does this mean?

Intel has the x86 world almost to itself.  The only competitor is AMD that has had a difficult past. It is now on a winning streak with its Zen designs, but it will barely make a dent in Intel’s sales.

Windows on x86 has about 90% of the market. Its foray into Qualcomm based notebooks is more to counter Android, Chrome and iOS than take away from its x86 base.

Good luck Apple – it reminds me of its ill-fated Mac IBM PowerPC CPU foray before Intel.