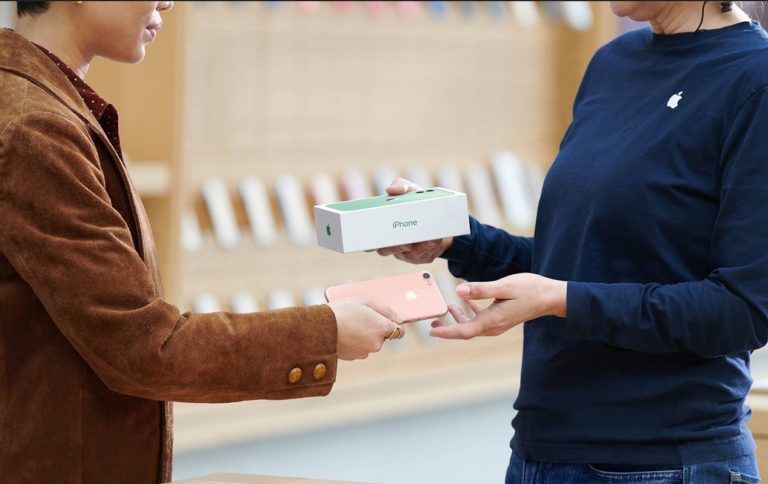 The Apple trade-in program has quietly devalued your old iPhone, iPad or Mac. Now, these devices are worth a whole lot less.

One of the reasons that Apple had such a good resale value is that it had an artificially high-value trade-in program.

According to MacRumors (the legitimate source of everything Apple), Apple has cut the maximum trade-in value (prices in US$) from $30-50 (A$60-100) on its XS and XR range. But wait. This is the second round of deep cuts. The earlier one this year now brings the devaluation on an XS Max from $600 to $450 (A$300+) since January.

Note that we refer to the XS/XR and older range. Cuts usually occur when the next range launches. So, expect further trade-in reductions once the iPhone 12 launches. Analysts predict that the XS Max (now $450) will drop to $270 – ouch.

And to flag its ailing sales in China it reduced prices by an average of 13% making it impossible to sustain Apple trade-in prices (Trade-in website here).

US prices for MacBooks with the faulty butterfly keyboard have dropped massively.

There are strong rumours that the iPhone 12 will come naked. No buds, charger and cable. Sure, it will help with shipping costs and packaging waste, but any retail price reduction will flow on to the older models in the Apple trade-in program.

And there are even stronger rumours of massive, recommended price reductions of its XS and SE 2 series to shore up flagging sales.

We sought comment from a phone recycler who requests anonymity.

“Buying Apple has always been a safe bet trade-in wise as you could count on annual retail price increases, and recyclers often paid more than recommended Apple trade-in prices.”

Now with these huge drops, there is no incentive for recyclers to perform a valuable Reduce, Reuse and Recycle programs. And Apple is now sending more to its Daisy Robots to stop refurbs cannibalising new sales.

There is nothing wrong with that strategy. After all, it is a walled garden, and it can sell at whatever price it wishes (or you are willing to pay).

But the strength of a walled garden is to keep Apple users in the tent. Apple’s high retail prices underpinned its generous trade-in program.

By dropping trade-in prices, it has effectively dropped any hope that the flourishing refurb market can exist, and it effectively means that Apple products will be recycled rather than cannibalise new sales.

The massive MacBook Pro drops reflect the Butterfly timebomb as it is unable to repair the issue, and these will need to be recycled as well. The class action was lodged last year and is still ongoing.

Or is there another reason?

You know that Apple issues its own Apple credit card. It strongly encourages payment of Apple purchases by special offers to cardholders.

Well, CEO Tim Cook says he is considering, “A recurring payment like that and the receipt of new products on some sort of standard kind of basis. We are committed to make that easier to do than perhaps it is today.”

While it currently allows 24 monthly re-payments at zero interest, this hints at a rental (you never own it) with recurrent automatic upgrades. Apple does not even have to reveal purchase or trade-in prices at all. It keeps you in the tent where Apple can earn more money from its services – forever.

And the benefits for Apple are enormous. No finance costs leaking to third parties, and it is really only holding the manufactured value (circa A$200), not the retail value of the iPhone on its books. Very clever.

On the plus side, Apple and Samsung are the only two smartphone makers offering trade-in programs, so these are the safest purchases.