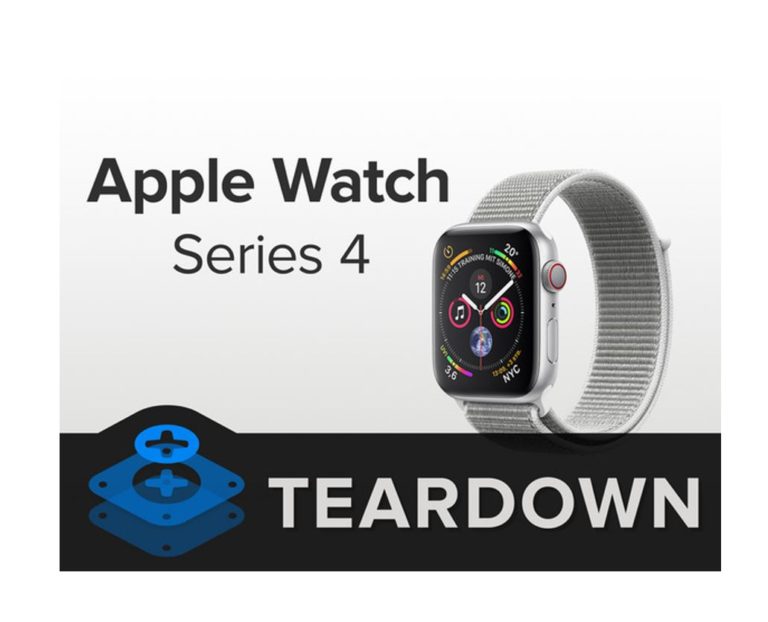 iFixit has completed the Apple Watch series 4 teardown. While it may look like other series, its internals have had a major shakeup for the better. It gets a 6-out-of-10 for repairability.

Apple watch series 4 a much more orderly build not plagued with masses of uber-sticky glue. All that is needed is a opener and scalpel to remove the glass and screwdriver and tweezer to access the insides. Once in battery replacement is easy.

iFixit says the first Apple Watch was revolutionary, but Apple has put some serious design thought into series 4. “A device that knows its priorities and wants to look elegant inside and out.”

The Apple Watch series 4 includes an ECG. It is a LEAD 1 style that measures the voltage between the right and left arms. The first electrode is on the Watch back. The second is the crown, held by your opposite hand’s fingers. Apple’s software is the key to making sense of the reading. It is no substitute for a proper medical ED+CG but can detect atrial fibrillation.

The accelerometer/gyroscope has been beefed up to include a fall sensing capability. Again, the software takes this information and allows a user to say they are OK, or it sends an SOS.

Gone is a ceramic case – its either aluminium or stainless steel. The front and back are a mix of sapphire glass and ceramic. It still has about an 18-hour maximum battery life, is waterproof to 50 metres and uses the same bands as Watch 3.

Channel Sever Sunrise GadgetGuy now has a Watch 4, and a review will be coming soon.