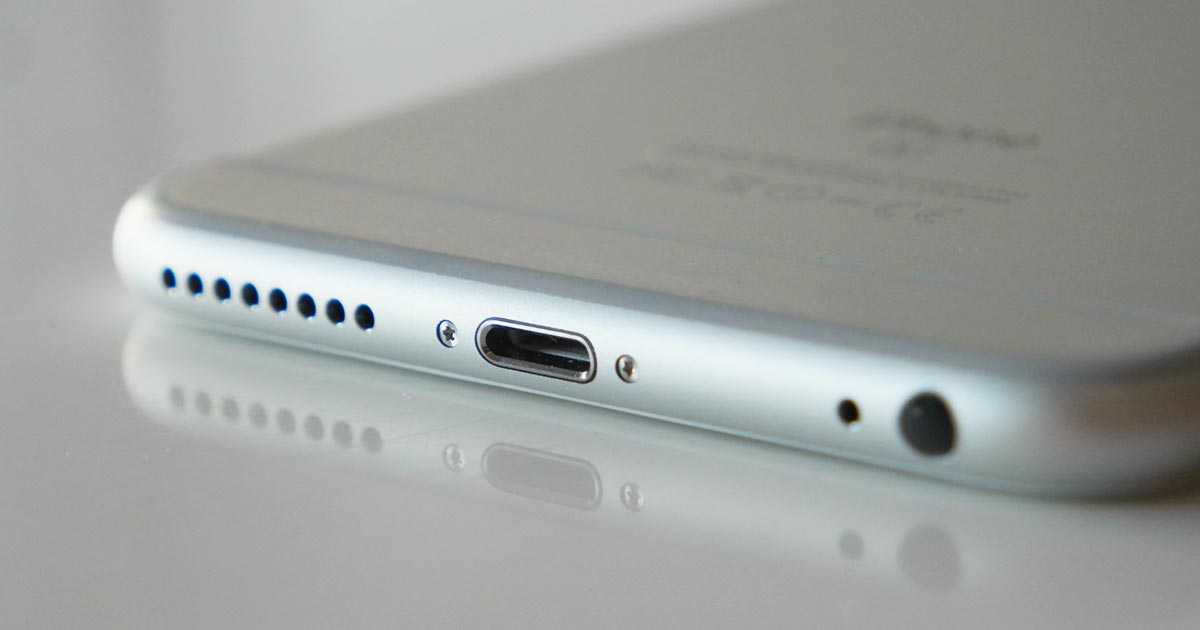 There’s a neat rumour going around suggesting Apple will finally kill the iPhone headphone jack in the iPhone 7. Is there any truth to this, and what happens if Apple does kill the jack?

Now that our lives revolve around what we do online, our devices are getting bigger to match. We need large displays so we can surf the web and see as much as possible, and tweet, and share photos, and engage that whole social network side of things, and carry as much of the web with us at all times.

Our phones are our window to the world, and it is hyper important that we see as much as possible of this all the time.

But while the screen gets bigger, our desire to have the thinnest and lightest gadget also increases, because we don’t want to be carrying around a tablet when we don’t need to.

Because of this, hardware makers have needed to focus their efforts, coming up with the best designs possible that deliver best in class large displays without forcing us to lug around what basically constitutes a laptop in our pants, albeit a pocket-sized laptop at that.

As such, they’ve made the screens bigger and the hardware thinner, with smaller components, spread out batteries, and designs that work in the hand.

And yet, it’s still not enough.

We want devices thinner, lighter, and more indicative of the future. We want our phones to be super slim and comfortable in the pocket, and we want them made so well that when you eventually drop them, they bounce and survive, instead of shatter and turn to crystalline shards of sadness and despair.

We want our phones to be so much, and so hardware makers need to redouble those efforts one more time in an effort to win over your dollars.

Thickness is the hardest one to deal with at the moment, because now that we’ve found the right area for a medium to large phone — with medium phones occupying the 4.7 to 5.2 inch space, and large phones running from 5.5 to 6 inches — and now that display technology has increased to be as good as the physical books and magazines you peruse through at the checkout, the focus is on size and weight.

In general, it comes down to this simple question: how do you get a phone to be thinner than what it is?

Take a look at a 2015 flagship and you’ll find a general thickness of around 7mm, with the iPhone 6S set at 7.1mm, Samsung Galaxy S6 Edge hitting 7mm, and Sony’s Xperia Z5 fetching 7.3mm.

You’ll find some other thicknesses spread throughout the flagships, with curved bodies blowing out the sizes to 9 to 11mm, but 7mm tends to be the rough average for keeping thicknesses down. Hey, Apple’s previous model — the iPhone 6 — was a little slimmer again, getting down to 6.9mm.

When you think about it, though, 7mm isn’t much, and there have even been phones that have managed to get lower. Oppo’s R7 did that last year, achieving 6.3mm, making it positively slim.

But what if you still want thinner again?

If you want to start pushing to even slimmer sizes, you need to start thinking about getting rid of ports, and the 3.5mm headphone jack — that trusty headphone port — is probably the one to go.

Not only would the 3.5mm jack’s removal free up space for other parts or even allow for a bigger battery — because every bit helps! — but it’s also not as big of a deal given how many Bluetooth headphones are available on the market.

Furthermore, Apple’s Lightning port on the bottom also supports headphones, provided you have the right sort, of course.

Few own them, but if you happen to have Lightning-compatible headphones, you’ll find you can plug them right in, getting your audio from the digital connector, which would be super handy the moment Apple decides to support high-res audio formats natively, though it doesn’t at the time this article was published.

If Apple were to take this path, though, it wouldn’t be the only one, and the aforementioned Oppo tried it in a phone last year, also.

Oppo’s R5 may not be a phone we’d recommend, but you had to give the company credit for trying something different, cutting out the 3.5mm headphone hack and managing to get the metal and glass R5 smartphone down to an insane 4.85mm, making it one of the thinnest smartphones on the planet.

Its battery life wasn’t very compelling, and neither was its fixed memory, plus the microUSB to 3.5mm headphone converter that it came with didn’t work with most of the headphones we tested it with, which is a pretty astonishing oversight, but it was still a neat attempt at something Apple may end up trying this year in the iPhone 7.

Yes, if the rumours are true, the seventh generation of the iPhone body change (which would technically be the 13th iPhone) may end up getting slimmer at the expense of the 3.5mm headphone jack, shaving off at least one millimetre and possibly cutting to between 5 and 6mm.

If that were to happen, we suspect Apple would actually also be a first in another way, with it being the first company to bundle in Bluetooth earphones with its smartphone, and that wouldn’t be a bad thing.

Granted, you’d need to charge them on a semi-regular basis, and probably closer to every day or two, but most people tend to use the headphones their smartphone comes with, and so these would be much the same.

We’re sure some would complain, but the moment they got into the swing of things, recharging both their phone and wireless earphones on a regular basis, it would be a complaint that would disappear.

It’s also possible that the loss of a 3.5mm headphone port would be something that would arrive in only one variant of the phone, and we could see Apple revive its “Air” moniker for the iPhone.

Back in 2013, we wrote about why people were so down on the iPhone 5S, expecting the iPhone 6 to rock up with better specs and more impressive upgrades, and we wondered why we weren’t seeing more challenging hardware ideas from a company known for testing the waters with well designed and often remarkably well executed concepts.

We even came up with a bit of fiction suggesting Apple launches a phone for early adopters, which we called the “iPhone X”.

Today, however, we suspect if Apple were to make a future driven phone for early adopters, it would call it the “iPhone Air”, and given what we know about iPhone’s battery life, it would probably only do it with the 5.5 inch screen of the iPhone 6S Plus, since that frame supports a larger battery which can yield a solid day of activity, and even then some.

But it could easily do it, getting away with a super slim large iPhone for people keen to try a bit of the future ahead of time, much like the audience Apple garnered for the future-friendly one-port MacBook last year.

As to whether Apple will do it across the board to its entire iPhone range, that remains to be seen, though Apple does have a history of making changes that people kick up a stink over and then forget about several months after, so we wouldn’t put it past the company when it unveils new devices, which is right now expected in September.

Change does need to happen, though, so if you want your devices slimmer, someone is going to need to take the first step and get rid of that 3.5mm adaptor, otherwise they’ll be staying at their thickness for some time to come.