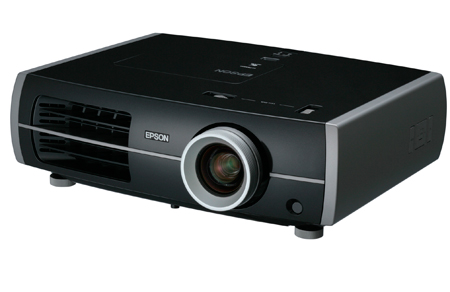 It’s pretty obvious that Epson has been the sales leader in the home theatre projector market in recent times. The reasons are simple: it has been offering projectors with the best features at market leading prices.

Things are no different with its newest top-of-the-line model, the EH-TW5000.

This projector is a mix of evolutionary enhancements from its previous top model – the EMP-TW2000 – with a couple of extraordinary new features.

The improvements include a new case (mostly black) and reworking the light path to improve the LCD black level performance. The native contrast ratio of the previous model was 4000:1 and this one goes up to an extremely impressive 6000:1. Add in the dynamic iris and you get up to 75,000:1.

Retained from the earlier models is the massive zoom range of 2.1:1 and the horizontal and vertical lens shift. These allow exceptional flexibility in locating the projector. Because of this flexibility, you can have the projector quite off-centre from the screen, yet still display an undistorted picture.

What is new is what Epson calls ‘FineFrame interpolation processing technology’, and reversal of 3:2 pulldown. The first generates as many as four new film frames between each pair of actual film frames. Those additional frames are interpolated (kind of averaged) from the preceding and following frames, and thereby work to smooth onscreen motion.

The 3:2 pulldown reversal undoes the 24 frames per second to 60 frames per second ‘3:2 pulldown’ performed by DVD players on US-style NTSC DVDs, and by some early model Blu-ray players. That conversion makes for jerky motion. But undoing it, this projector can smooth the motion back to the original film quality.

It also has a new aspect ratio suitable for use with an external anamorphic lens, preferred by some for ‘Constant Image Height’ home theatre installations. This is quite important to some people because it replicates the effects of a cinema, where the wider the aspect ratio (eg. 2.35:1 as compared to 1.85:1), the wider the masking curtains open up on the screen. We don’t recommend this because the additional scaling involved softens the picture, and the special anamorphic lenses cost several thousand dollars.

The projector was easy to set up, as the wide range of adjustments would imply. The remote control has backlit keys and throws a beam powerful enough to bounce from the projection screen back to the projector, making it easy to control.

One should be cautious in one’s praise of products, but to hell with that. The black levels were absolutely incredible with this projector. What was once the Achilles heel of LCD projectors is no longer. I have never seen better, inkier, velvet-like blacks from a front projector than with this one.

The projector did a fine job with PAL DVDs and supported the highest quality 1080p24 video from Blu-ray as well. The 3:2 pulldown reversal worked well with Blu-ray discs fed to the projector in 1080i format. Some NTSC DVDs worked as well, but the difference was barely noticeable because these tend to produce a fairly fuzzy picture in which jerkiness is less noticeable.

The ‘FineFrame’ process worked in a very similar manner to that provided on some high-end TVs with 100Hz video processing. It had three settings. Avoid ‘Low’, because it tended to fall out of the smooth mode far too readily, in a quite disconcerting way. ‘Normal’ was okay and ‘High’ even better. But this did tend to create a glossy artificiality to much of the imagery, and there were some fuzzy halo artefacts generated as well.

The one real criticism was that whenever the signal changed (eg. from 1080p24 for Blu-ray, to 1080p60 for some special extra on the disc), the projector took a long time to work out the change and start showing the picture again, up to a minute in some cases.

So there you have it: Epson has outdone its previous effort to produce what must be one of the best home theatre projectors currently on the market at a remarkable price. And that price comes with a three-year warranty, which includes the lamp.