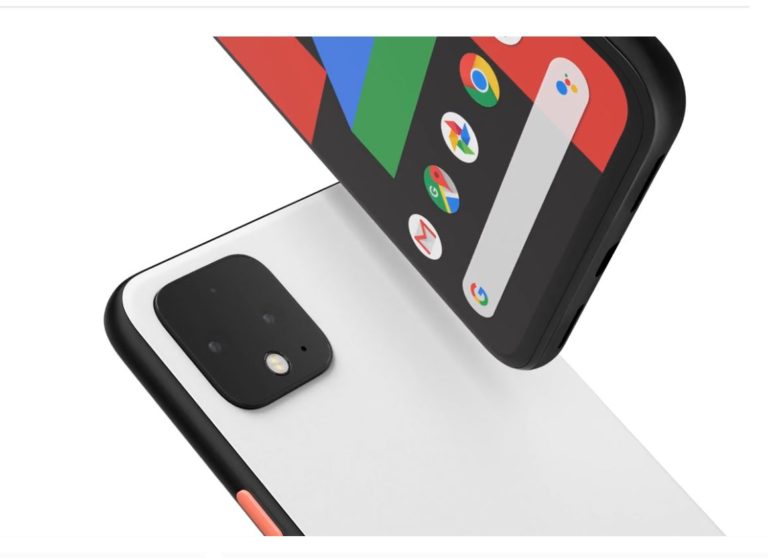 Google’s worst kept secret, the Google Pixel 4/XL was released last night and is available in Australia after 22 October. It also showed off the new, gen 2 Google Nest Mini and Wi-Fi.

We say worst-kept because Googl Pixel 4/XL leaks have been at tsunami levels since April. While they got the basic specs right, they did not really understand the nuances that make a Pixel a Pixel.

No matter which journalist you follow, they will all say Google Pixel 4/XL has an excellent camera and represents the ‘harmony’ between top-shelf hardware, pure Google Android/Apps, and AI. GadgetGuy uses the Pixel 3XL as a reference phone – if only to keep grounded on what is essential – and mostly its camera or functions are equal to or better than all comers.

Lots. Google’s Pixel theme is to make Google more helpful. So, this is a reference phone that makes the most of the hardware, Google Android 10 (and 11 and maybe 12), Google apps and the secret sauce is AI. AI is unescapable from taking a photo, incredible night sight photos, to getting all-day battery life.

Apart from its proprietary Neural Core for AI and Titan M security chip, it is pretty much a Qualcomm reference design (and that is a good thing).

The gesture control is near-infrared – although a little limited. It is called Soli – a Google feature using NIR (near-infrared) radar hardware for device control via subtle hand movements. This miniature radar sensor can differentiate between very fine motions to perform various platform-specific functions. It is an area that Google intends to expand.

Night sight takes a bracket of long exposure shots, and the AI produces a very good, almost daylight composite shot – although like all night sight offerings the colours are a little different. Note: Night Sight requires a tripod or similar to ensure clear images.

With dual rear cameras it can now have 2X optical, 3X hybrid lossless and 10x digital – again AI steps in and sharpens the image. AI can also preview and adjust lighting, white balance, exposure and direction before you shoot.

OK Google gets a boost – it can do a lot more on board with the neural core and many items don’t need internet access to work.

GadgetGuy has a Google Pixel 4/XL and will be reviewing it shortly. It may not be svelte, sexy, or bling – Let’s just say it gives you what you need versus the overblown marketing hype of some flagship devices.

Google’s Nest Mini remains its lowest cost, $79 entry point for OK Google. Gen 2 addresses sound quality issues (not tested yet) and claims a 40% bass boost and better far-field voice recognition. It is also wall-hangable although the white power cable hangs down so aestheticists will grimace.

It is a perfect way to add Google Assistant to your home – and once hooked Google hopes you will graduate to the rest of the Google Nest family.

Nest Mini also has a dedicated machine-learning chip with 1 TeraOPS of computing power. This means some processing can run locally on your device, rather than in a Google data centre.

Nest Mini comes in four colours — Chalk, Charcoal, Coral, and the new Sky. It has a custom, fabric top made from 100% recycled PET bottles, and the external enclosure uses at least 35% post-consumer recycled plastic. Website here.

Google Nest Wi-Fi is a Mesh system – router and satellites, but more importantly it’s a fashionable Snow coloured router that blends into any décor – unlike the multi-antenna monsters of yore. Each device is also an OK Google Speaker!

From what we can tell you can either use gigabit Ethernet cable (1000Mbps – best) or Wi-Fi backhaul (maximum 867Mbps depending on proximity to the main router). Our attempts with Gen 1 to cover a three-level home required five devices – Google says it is about 25% more powerful so stay tuned.

Good news is that the gen 1 AC1200 satellites are backwards compatible so you can add them to a Gen 2 network.