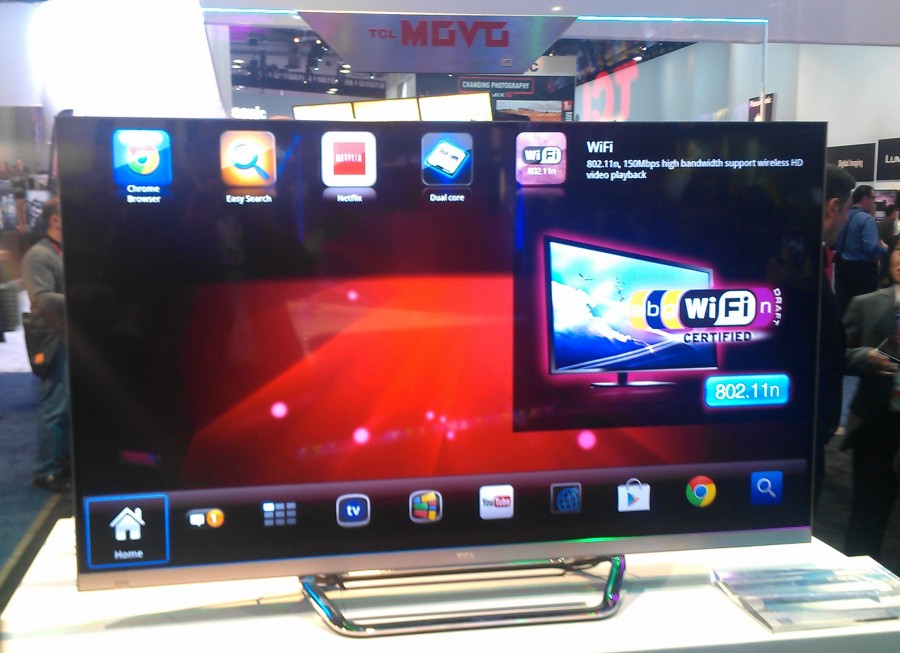 With its ‘MoVo with Google TV’ platform, ambitious Chinese brand, TCL will integrate Google TV directly into its flagship LED LCD Smart TV (pictured above) due for release in Oz later in the year. The MoVo with Google TV set will provide features from the latest version of Google TV (3.0), including Voice Search and PrimeTime, an application that can search more than 100,000 movies and television episodes across multiple video services, including Google Play, says TCL.

Another neat feature is the MoVo’s Personal Box Office, a feature that employs a built-in camera with motion sensing to identify individual household members and, over time, learn their viewing preferences to provide personally-tailored content – similar to how Google tracks your web browsing to serve up search results customised to your interests.

The TCL MoVo with Google TV platform launched this week at CES will also be available via a set-top box, which is likely to mimic that currently marketed by Sony for $299. This provides web browsing to connected televisions, as well as on-demand video, plus apps and other content that expands entertainment choice beyond broadcast programming.

To date, though, the push has failed to gain traction in Australia, mostly due to a lack of local content providers. In the US, Google TV provides streaming access to more than 100,000 on-demand movies and TV episodes via Netflix and other content partners, as well as YouTube channels and apps.

Content deals are inked on a regional basis, however, and that means Australians may not enjoy the same wide choice of on-demand content (including the PrimeTime app mentioned above). While this reduces the appeal of any Google TV hardware, a TCL spokesthingy indicated future partnerships with SBS On Demand and Quickflix.

MoVo isn’t the end of TCL’s CES news, with the company showing off its 110 inch  ‘China Star HD’ active 3D LED LCD. It’s stupidly large for any regular sized living room, of course, but perfect for the mansions of billionaire heroes like Iron Man Tony Stark, which – along with a new sponsorship arrangement – accounts for its appearance in the forthcoming Iron Man 3 movie.

The connection, we assume, is linguistic:  Iron Man is a property of Marvel Comics, and MoVo with Google TV operates on a chipset architecture from from Marvell technologies.