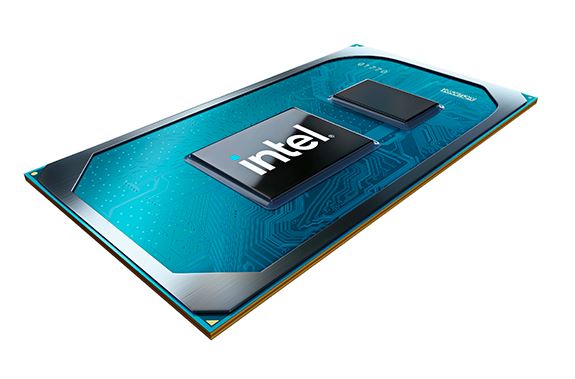 Intel covers so many computing areas these days that Intel at CES 2021 is a grab bag of PC processors, autonomous driving (Mobileye), RealSense (facial ID) and so much more. It also appointed Pat Gelsinger as its new CEO.

Gelsinger is a 30-year veteran of Intel as Chief Technology Officer back from the 80486 and George Moore (Moore’s Law) days. He left to become COO of EMC (storage) and then CEO of VMware in 2012.

The move comes when Intel is moving to a 7nm processor fabrication and its XPU Vision. This means a shift from CPUs alone to a mix of architectures across CPUs, GPUs, FPGAs and other accelerators and one API to access the XPU.

The big news is that Intel will introduce more than 50 new models. The result is more than 500 new laptops and desktops designed coming to market in 2021.

It is not so much the new range but what the move to 11th Gen Intel Core vPro means.

This allowed Intel to enhance Project Athena for Ultra-light laptops to the new Project Evo standard that will see more than 60 new laptop models this year.

The N-series is for education

Intel Pentium Silver and Celeron processors provide a balance between price and performance for education systems. The 10nm processors delivering up to 35% better overall application performance and up to 78% better graphics performance (gen on gen)

These H35 processors specifically for ultra-portable gaming. Led by the Intel Core i7 Special Edition 4-core mobile processor with up to 5 gigahertz (GHz) Turbo. They feature new Gen 4 PCIe architecture to connect to the latest discrete graphics and deliver amazingly low latency.

Alder Lake is the next-generation processor representing a significant breakthrough in x86 architecture and Intel’s most power-scalable system-on-chip. Due in H2 2021, it will combine high-performance cores and high-efficiency cores into a single product.

It is too vast an area to cover here. Mobileye is one of the leading independents (not from a carmaker). Mobileye’s technology includes Road Experience Management (REM) mapping technology, rules-based Responsibility-Sensitive Safety (RSS) driving policy and two separate, truly redundant sensing subsystems based on world-leading camera, radar and lidar technology.

Intel RealSense ID has privacy as a top priority. Purpose-built for user protection it processes all facial images locally and encrypts all user data. Why is this important? Traditional authentication methods leave users vulnerable to ID theft and security breaches. Intel ensures the ethical application of RealSense and the protection of human rights.

Intel RealSense ID also adapts to users over time to ensure continued ease of use. It identifes as people change physical features, such as facial hair and glasses. The system works in various lighting conditions for people with a wide range of heights or complexions.

It leverages RealSence facial ID and converts a touch-based kiosk or digital sign into a safer, touchless one.

And a plethora of announcements

Intel is not just a CPU company. It has server products like Xeon, Artificial intelligence, visual sensing tech, hardware like the Intel NUC. It partners with almost every major tech vendor to produce better outcomes.

You can read more of GadgetGuy’s Intel news here