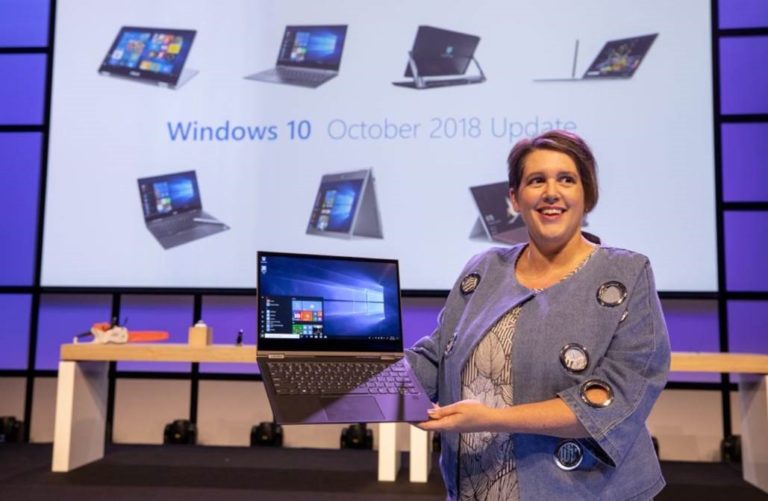 Microsoft showed off a partner device from Lenovo Yoga 360 WOS running the new Windows on Snapdragon (WOS). This portends a new era of Windows computing.

One that is all about a consistent Windows ecosystem. One on x86 for laptops, PC, gaming PCs and consoles. The other running on a smartphone like platforms. These will offer always-on connectivity, LTE (and later 5G) and a familiar interface across all devices.

Windows 10 is now on 33.85% of devices. And Windows 7 stubbornly refuses to die and has 42.45%. That leaves about 10% on 8.1, XP or other Windows. And that won’t change until the hardware dies. That means there are over 2 billion active Windows devices in the wild. Interestingly Mac has about 10%  market share, and the remainder versions of Linux.

Lenovo’s Yoga 360 WOS has a Qualcomm 850 processor and 4GB RAM. Its original model ran a Qualcomm 835. WOS is all about running Windows on high energy efficiency ARM chips while retaining support for x86 instructions.

Lenovo state things like 25+ hours video playback, LTE connectivity, and thinner, lighter form factors. But at an introductory price of around US$850, it won’t be for everyone.

For once I am excited – running Windows on different hardware offering features unique to that. Now if only our Telcos can keep up any offer an all you can eat LTE data/voice package.

It is not about abandoning the powerful x86 Intel chips but a niche that opens Windows on smaller always connected devices. Intel may well devise Core processors that match the Qualcomm promise, and that will be good too.

And finally, is screen technology that allows thinner FHD and 4K panels with integrated digitisers to support 4096 levels of pressure and pinpoint stylus accuracy.

Not to downplay the hardware advances but a lot has been driven by Microsoft Windows being able to support the advancements and bring some to older hardware as well.