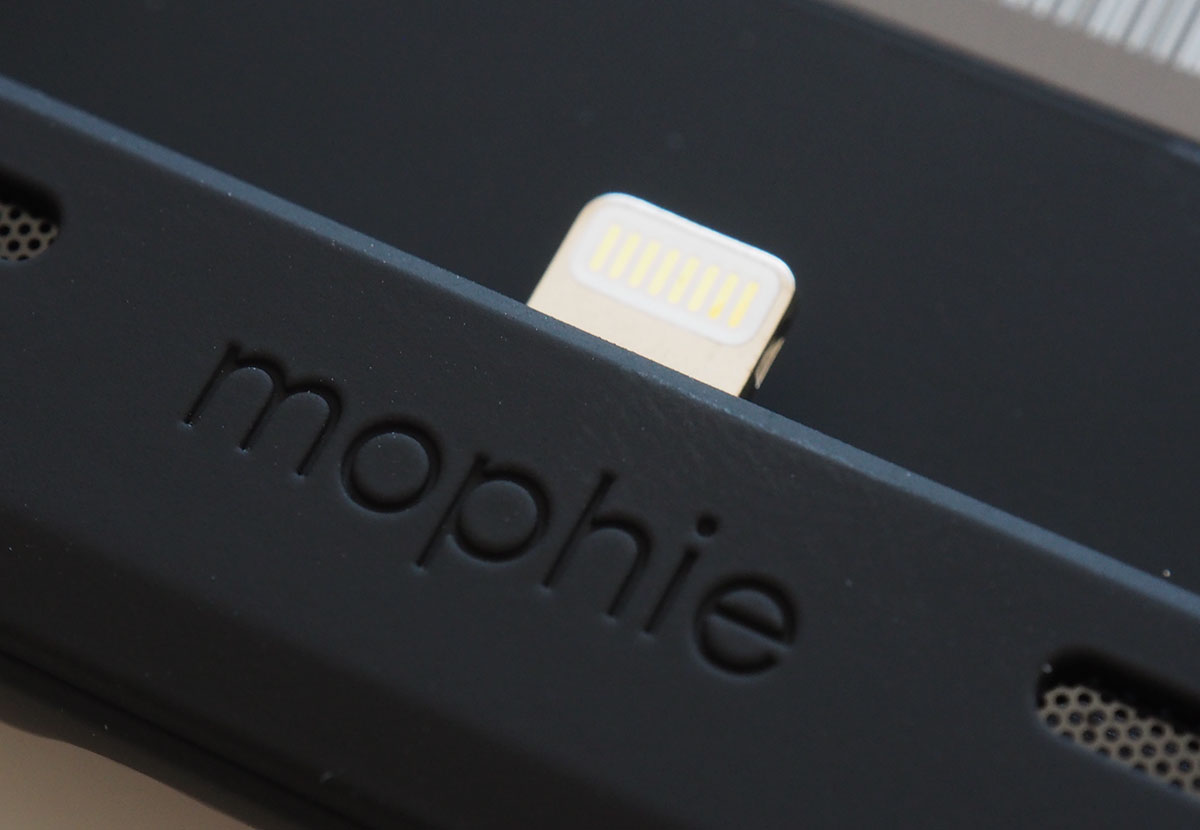 If there’s one complaint that is consistent from readers, its smartphone battery life. We hear you, by the way, but short of telling you to use your phone less, there’s not a lot we can do, but if you’re an iPhone owner, Mophie has something that might do the trick.

“Australians and New Zealanders are amongst the highest users of smartphones in the world, and in particular the iPhone 6 and iPhone 6 Plus are proving hugely popular with these tech savvy consumers. Therefore, we’re delighted to bring our latest generation juice pack for the iPhone 6 and iPhone 6 Plus to this market, allowing our users to get more from their mobiles,” said Dickson Lee, Mophie’s Vice President in the Asia Pacific region.

That’s how Mophie practically started the conversation with Australian customers this week, with the company releasing cases for the current crop of Apple smartphones that can make the life of the phone a little more useful than the standard day or so, offering either 100% or 120% the battery life of the iPhone 6, while iPhone 6 Plus owners could see closer to 60% extra battery in specialised battery-boosting cases.

The cases add a little extra bulk to the smartphone, increasing the width, height, and depth thanks to that battery built in, but also making it possible to charge and synchronise an iPhone using the standard microUSB port, leaving that port open on the bottom while plugging the phone into the battery case using Apple’s Lightning port.

In the hands, it’s clear that iPhone owners will definitely feel a different in weight and thickness, and if you carry it in your pocket, prepare for a little larger bump, though handbags and personal luggage shouldn’t notice too much of a difference.

Where you will see a change is the battery life, with roughly twice the life possible as the battery case recharges your phone through the course of a day, waiting to be plugged in when you get back home.

More than a battery, though, you’l find front facing speaker grills on the casing that take the audio from the speaker on the bottom of the iPhone and send this up front, while the microphone will also take its feed from you speaking into this area.

Apple’s buttons are also supported, and these will work too, with plastic buttons on each for volume up, volume down, and power, and the switch for muting also provided.

That said, we take aim at one thing in our hands on, and that’s the 3.5mm headset jack.

Testing the product today, we found that you’ll need very long and straight headphone jacks to make the existing headphone jack work, bringing to light the recessed headphone jack of the first generation Apple iPhone (the one that was never released here) all over again.

Mophie is trying to get around this with a small 3.5mm converter, a little plug which hangs out the bottom and lets you plug in any headphone, though it’s a little clunky, and makes us wonder why Mophie didn’t just include a small 3.5mm connection that was re-routed to a 3.5mm headset jack, similar to what you’ll find on some desktop docks.

As a result, if you want to plug in most headphones — and we tested with two types, a pair from Beats and a pair from RHA — you’ll need that little dongle attached.

One could argue that the extra battery life afforded to you by the Juice Pack could mean you can use a Bluetooth headset for longer without risking the smartphone battery, but you still shouldn’t lose access to such a necessary port like the headphone jack all the same.

But if that doesn’t bother you at all, you’ll find the Mophie Juice Packs for the iPhone 6 and iPhone 6 Plus making their way to stores in Australia from this week, starting at $129.95 and with availability at David Jones, Myer, Harvey Norman, and Dick Smith.