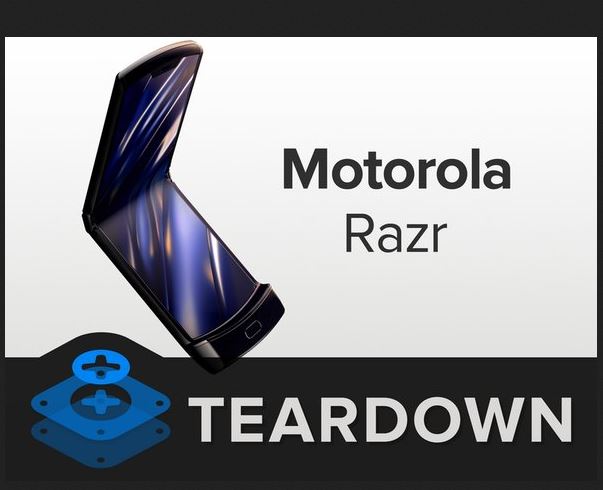 iFixit has completed the Motorola Razr Teardown. Its has given it the award for most complicated phone-based contraption it has ever taken apart.

And that complication is almost the opposite of what some journalists were told at the Motorola Razr launch. Management was asked about Motorola’s previous commitment to the ‘right to repair’ movement in relation to this device.

In our hands-on which comprised an hour with the device, we were assured that the screen was easily repairable/replaceable for a fixed price of US$299 (if not a warranty claim).

“Motorola says the foldable screen will go the distance and should you damage it replacements are easy without disassembling the entire phone first.” WRONG.

Clearly an over-enthusiastic response from a usually reliable source.

Getting the fragile, foldable OLED screen out of this phone is like getting out of Kevin McCallister’s home (Home Alone movies) unharmed: gotcha cable routing, hidden screws, and adhesives that you’re guaranteed to step in. We’re surprised Motorola offers screen replacements at all—let alone at $299.

So what did they find in the Motorola Razr Teardown (here)?

We’re impressed with the numerous feats of engineering that Moto pulled off to resurrect their iconic clamshell.

It won’t win any awards for serviceability, but just bringing this impossible gizmo into existence was such a tall order that we’re not surprised serviceability didn’t make it into v1.0. It’s fun to see how they made it happen (if not so fun to tease it all apart).

It gets 1/10 for repairability as the screen and/or battery replacement require total disassembly and complex construction and multiple flex cable booby traps make for tricky repair work.