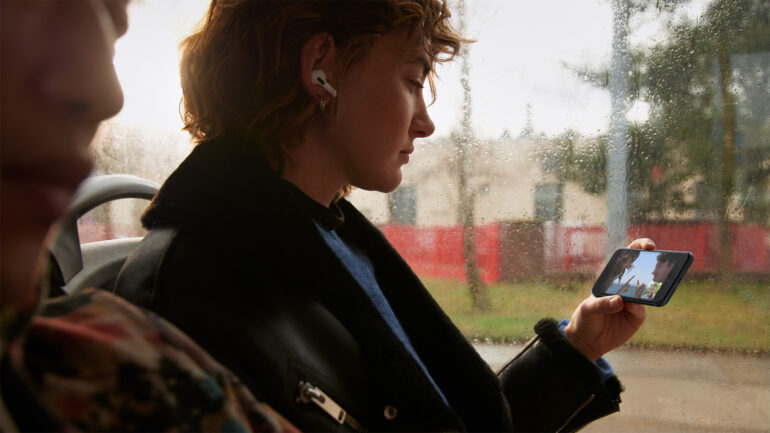 In its first refresh for two years, the new Apple iPhone SE is still based on the iPhone 8 body, retaining a 4.7-inch display and physical Home button with Touch ID. Yet underneath the bonnet, the iPhone SE now packs the same A15 Bionic chip as the iPhone 13.

As a result, Apple claims a major performance boost – with the new iPhone SE up to 1.8-times faster than the iPhone 8, with a 2.2-times faster GPU. The phone also features an all-new camera system powered by the A15 Bionic chip.

Regardless of the performance boost and the step up to 5G, the new iPhone SE is also more energy efficient, thanks to the A15 Bionic. At the Apple Peek Performance event, Apple claimed it delivers 15 hours of video playback locally and 10 hours of streamed video.

In the iPhone range, Apple unveiled new Green and Alpine Green options for the iPhone 13.

The iPad Air finally joins the iPad Mini and iPad Pro in sporting the M1 processor and supporting 5G.

The front camera has been bumped up from 7 megapixels to 12, adding support for Apple’s Center Stage feature, which automatically keeps you in the frame while on video calls.

As a result, Apple claims a major performance boost – with the new iPad Air up to 60 per cent faster than the previous generation’s A14 Bionic processor, accompanied by a 2-times faster GPU. Meanwhile, the USB-C port is up to twice as fast, supporting 10Gbps data transfer speeds.

Like the iPhone SE, the new iPad Air is available on pre-order at 12 am AEDT on March 12 (in stores from March 18).