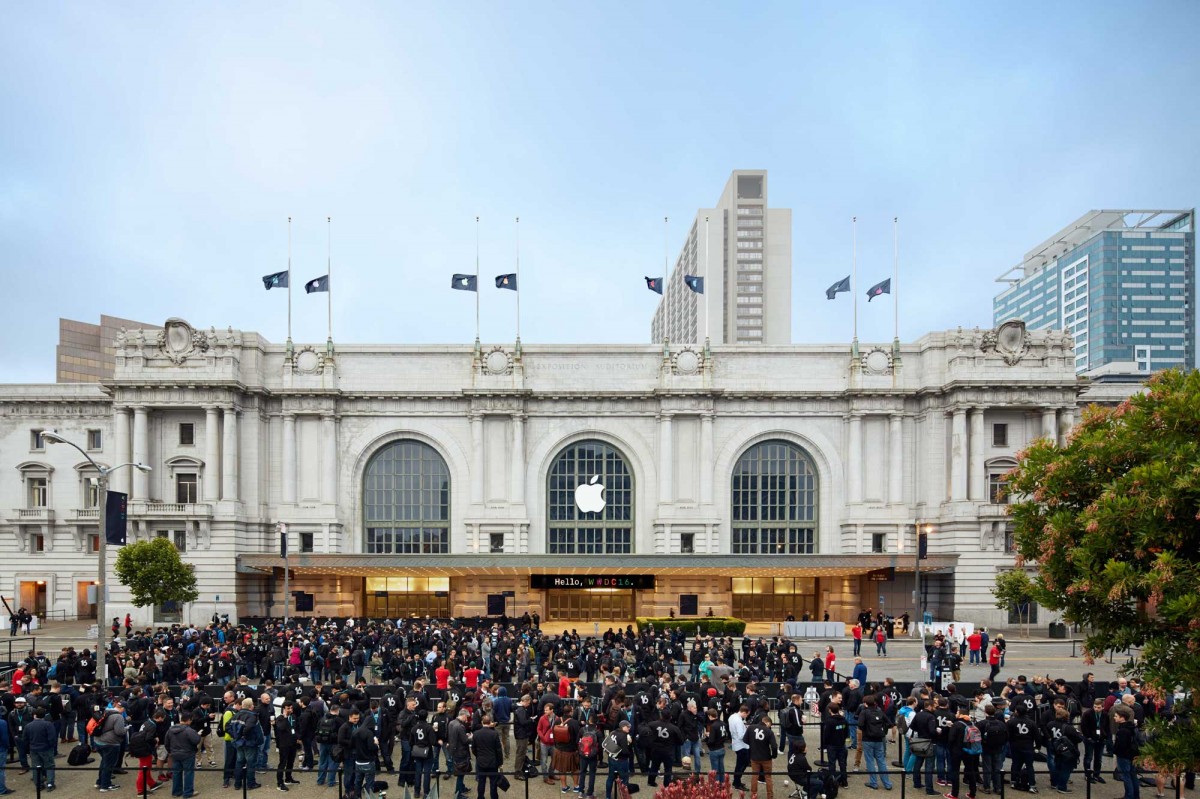 New updates from Apple for just about everything

While there were no hardware announcements from this year’s World Wide Developer’s Conference in San Francisco, Apple certainly had a lot to announce in terms of software updates. Best of all, all of the new features and functionality won’t cost you a cent if you already have a compatible Apple device.

We were on the ground at WWDC to bring you a wrap up of all of the new things we can expect.

WatchOS 3 is coming this spring, and it tackles one of the biggest frustrations about the Apple Watch, which is the time it takes for apps to load. Now, with WatchOS 3, apps load up to seven times faster, which is a big improvement. During the demo we witnessed, watch apps loaded almost instantly, which is much better than the 10 or so seconds apps normally take to open.

Also new for WatchOS is a revamped and streamlined navigation, so now you can swipe up on the watch face to reveal your control panel, and there’s an app dock that lets you browse and select apps easily. You can also swipe between watch faces with an edge-to-edge swiping gesture. It also appears that Minnie Mouse has decided to keep Mickey company as a new watch face.

The cool new ‘scribble’ feature lets you use your finger to input text characters, making it easier to jot out short messages. Also new is Apple’s Breath app. This helps you manage your stress levels by stepping you through some deep breathing exercises on a daily basis.

Also on the fitness front, your Activity Summary now gets its very own app, and you can share your daily activity with your friends, and even send a voice message to gloat about how many steps you’ve taken, or share your resting heart rate.

The latest update of tvOS, which is the operating system that runs on Apple’s 4th generation Apple TV devices, is fairly minor but does have some cool new things.

First off is that Apple has updated its ‘Remote’ app, which lets you control the Apple TV from your iPhone or iPad. It replicates all of the controls found on the Siri remote, but also harnesses the built-in accelerometer to be used as a gamepad.

For those who like to watch TV in dark environments, there’s a new dark mode, which changes the background from white to black, so it’s not so harsh to look at when the lights are dimmed.

Siri on Apple TV also gets smarter and has the ability to find your content within more apps and channels. For example, you can now ask Siri to look for videos within YouTube, which should make it a lot easier to find those cat compilation videos.

Lastly, Apple has introduced a new streamlined ‘single sign-on’ for Apple TV, which provides some consistency and makes it a whole lot quicker to sign up for new services and channels via the remote control. There’s no word yet if Stan, Presto, Netflix and other Australian ‘channels’ will use it, but we hope so.

One of the big changes is the retiring of the ‘OS X’ name and the introduction of ‘MacOS’, which is more in-line with the other ‘OS’ names that Apple uses. MacOS also gains the ‘Sierra’ moniker to differentiate itself from later versions.

First up on the new features list is that Siri has decided to call MacOS home. Yes, you can now ask Siri to look for files, photos and videos, play a playlist or look up information on the Internet with your voice. You can pin your search results to the updated Notifications Panel that slides in from the right hand side of the screen, and drag and drop your search items into documents, mail messages and more.

Sierra gains some great new integration features with iPhone and iPads such as the ability to unlock MacOS with your iPhone’s fingerprint scanner, so you don’t have to type in a password.

Another clever integration is the Universal clipboard. Yes, you can now highlight something on your iPhone, then press ‘cut’ and then ‘paste’ it directly to your Mac, and vice-versa, via your Wi-Fi connection so no more sending yourself text via iMessage when you want to transfer items between your Mac and iOS device.

iCloud drive has gained some clever new abilities including allowing you to access your Mac’s desktop from another Mac or even an iPhone or iPad to open compatible files such as documents, images, PDFs and more.

And when it comes to running out of storage space, MacOS Sierra automatically makes room for your new files while storing your old files for you in the cloud via its ‘Optimised Storage’ feature.

If you like to watch videos while you work, MacOS Sierra has a picture-in-picture feature that lets you keep a small window of the video open on screen at the same time as your other applications.

Lastly, Apple Pay is coming to web browsers. This means that instead of using PayPal or credit card transactions, you’ll see and Apple Pay button on the checkout area, and you can use this to make a purchase. It will ask you to authenticate your transaction with the Touch ID fingerprint scanner on your iPhone, and then process your debit or credit card connected to Apple Pay.

MacOS Sierra is coming as public beta in July and will then be available for all in the spring.

Apple iOS version 10 is said to be Apple’s largest ever update of iOS, so there’s plenty to talk about here.

Starting off, there’s a new ‘Raise-to-Wake’ feature that uses the built-in accelerometer to detect when you’re picking up your iPhone or iPad and show you any new notifications. This is because Apple found that their latest fingerprint scanner was so fast that people were missing their notifications when unlocking their devices.

The notification lock-screen has seen some changes too including the abilty to use 3D touch to erase all recent notifications, and you can side-swipe for more advanced music controls.

You can now slide from the right to access the camera or swipe to the left to see your Widgets from the lock screen. Speaking of Widgets, these have also been revamped to be more helpful, and are much more like Google Now’s intelligent reminders. You can even play video from your Widgets screen, among many other functions.

A big announcement is that Siri is now open to developers, which releases the floodgates to new and clever ways to use Apple’s virtual assistant. Now, for example, you can ask Siri to book an Uber to pick you up at your location, for example, or ask it to set up a fitness plan from your fitness app of choice. The sky’s the limit here.

Apple is also applying Siri’s cognitive computing abilities to other things, like Quicktype in order to more intelligently predict the words that you’re going to use or pull meaning from your messages to help you create an appointment, for example.

Siri’s deep learning abilities are also being used to better categorise your photos by recognising what’s in the photos as well as when and where they’re taken.

This means your photos will be intelligently categorised, and with the new Memories feature, iOS10 creates a thoughtful collection of photos from say, a recent camping trip, and even a summary video that you can share with friends and family.

You can even adjust the highlights reel video by length and the mood that you want it to convey and it will re-edit itself and choose different photos and scenes to show.

Apple Maps has been redesigned and opened up to developers, meaning that maps integration will become much better such as being able to call an Uber or other ride sharing service to your location without leaving the Maps app.

Other Maps improvements include a better turn-by-turn navigation display that now features traffic conditions on route, and automatically zooms in or out depending on your speed and progress, so you can see what the traffic is like far ahead.

Apple Music also gets a new design, making it much easier to navigate and find new music. Beats One radio now displays its featured shows individually, so you can easily select what you want to listen to.

Apple News also gains some design tweaks, and now delivers a more tailored ‘home page’ which collects all of the news that you want to read into a more organised and sectioned layout.

On the phone front, iOS 10 gives you voicemail transcriptions for your incoming calls and the new VoIP API makes 3rd party apps such as What’s App calls appear with the same interface as normal voice calls.

Lastly, Apple had really gone to town on its Messages app to give people more options to express themselves. Messages can now support rich links so you can share and play music or videos without leaving the app.

For emoji lovers, emojis can now be shown at 3 times their current size, so they’re far easier to see. There’s also a fun feature that scans your message for words that have corresponding emojis, so you can ‘emojify’ your messages quickly and easily.

There are also fun new bubble effects so you can emphasise what you want to say, such as a ‘slam’ effect and many more.

You can even share hand-written text in your messages for that extra personal touch.

There are background effects that play behind the text bubbles, and you can choose from things like confetti, fireworks and plenty of others, and the invisible ink effect is a great way to conceal a ‘surprise’ message that reveals itself once you tap on it.

There are also stickers to play with and apply to texts, and Messages is also now open to app developers to add their own crazy icons, emojis, stickers and more.

And both MacOS and Apple Watch can receive all of the new-fangled message effects from the iOS 10 Messages app.

iOS 10 available this spring as a free upgrade. Beta preview in July.

Valens Quinn travelled to the WWDC2016 conference in San Francisco as a guest of Apple Australia.