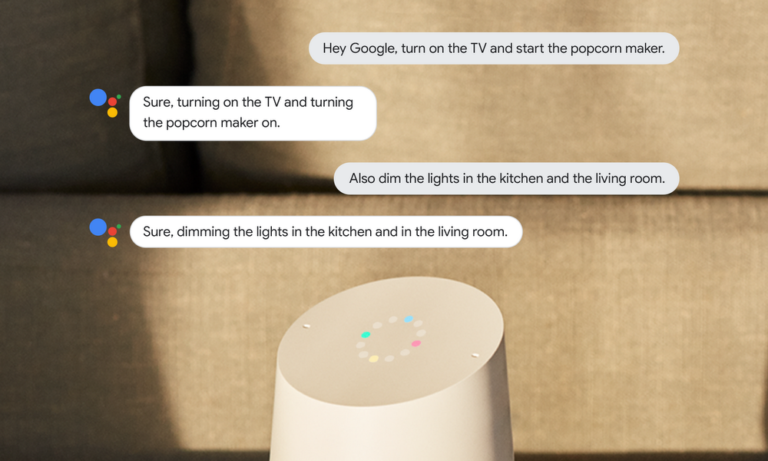 OK Google is now more conversational with the Continued Conversation feature previewed at Google I/O in May now live.

There has been a lot of work since then rolling out new voices, continued conversation, multiple nested actions, pretty please, location-based reminders, custom/scheduled routines and more. GadgetGuy covered that here.

Now you can interact with OK Google on its Home, Home Mini and Max (other speakers to come) in a more natural way.

Before you accuse it of spying any audio that it does not respond to will not end up in your Google Account. You can also select which devices to activate it on.

The thing I like the most is the addition of good manners. You can say ‘thank you’ to OK Google, and it knows you have stopped asking it for assistance.

With Continued Conversation after you ask a question, you can

To end the thread, you can say “thank you” or “stop” or it will end the conversation once it detects that you’re no longer talking to OK Google.

So next time you wake up just ask “Hey Google, what’s the weather today?” …“And what about tomorrow?” … “Can you add a rain jacket to my shopping list” … “And remind me to bring an umbrella tomorrow morning” … “Thank you!”

Also new is the ability to control your privacy settings all in one place. The new My Account feature has everything about your profile and privacy in one place.

I have been using OK Google for a few months. The most annoying thing is having to say the wake word OK Google before every question or command. Once this new feature was ready a few days ago I immediately turned it on. It has made a world of difference especialyl with nested, relevant requests.