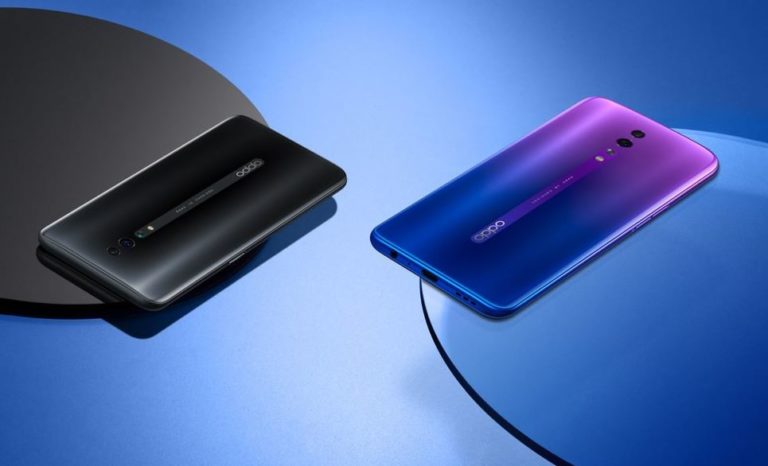 The OPPO Reno Z is part of the new Reno series – joining its 4G lossless 10X zoom and its well-priced 5G model. Reno is pronounced Ree-No like OPPO is Ohh-Po…

The Oppo Reno Z, however, is a $499 phone. I wondered if it was not a little cheeky of OPPO to call it a Reno when its Reno 4G and 5G siblings cost $1,199 and $1,499 and use the current flagship powerhouse Qualcomm SD855. This uses a MediaTek Helio P90 processor. And it is missing the uber-sexy, shark fin pop-up selfie camera. Instead, it has a centre teardrop. Reno’s brother by a different mother perhaps.

Don’t get me wrong – OPPO can call it whatever it likes just as Google has done with the Pixel 3a/XL and Huawei with its P30 Lite (that bears little resemblance to its P30/Pro siblings). As John Laws used to say, “When you are on a good thing, stick to it”.

Interesting, however, is that the OPPO Reno Z has caused so much excitement. Several readers now report having bought one, and I set out to discover why.

We develop paradigms – what it needs to do – and slot them into market segments.

The OPPO Reno Z is $499 and competes squarely with the Motorola One Vision (review here), the new Nokia 7.2 (when available), Samsung Galaxy A50 and the Huawei P30 Lite. Each phone has strengths and weaknesses.

We issue the standard warning that you must buy the genuine model CPH1979AU dual sim with Australian firmware as it works on all Australian Telco carrier LTE bands and can make a 000-emergency call (not 911) without a SIM. These also have Google Pay that works with Australian PayWave readers.

How to tell: Printed under the box it has the words ‘OPPO Mobile Australia’ and the warning that this product is only for sale and use in Australia. It will also have a C-tick.

I like the OPPO style, so I am always happy to see a new model. The review unit, however, came in basic dull, boring piano black albeit that OPPO calls it Jet Black (and it is a fingerprint magnet). The only other Australian colour is Aurora Purple. Both are gradient colours – change as you view them from angles.

By the way, if you see it in Star Purple, Extreme Night Black, Coral Orange, or Bead White – warning – these are not Australian models.

The 6.4-inch centre teardrop screen is big, bright and almost bezel-less. The rear has a subtle OPPO branding and the wording ‘Designed by OPPO’ which is a shot over Huawei’s bow that has ‘Designed by Leica’.

It has a dual rear 48/5MP camera, dual-LED flash and the now famous ‘nub’ that raises the body ever so slightly to protect the camera.

OPPO also puts effort into the box – its worthy of finding under the Christmas tree.

But above all remember that this is a $499 phone and there must be cost compromises somewhere. Our job is to find them and let you know if they matter.

It is a bright AMOLED screen, easily readable in sunlight. You can alter the colour temperature from cool 6500K to warm 7500K – default is half-way.

As usual, the auto-brightness setting is too aggressive towards battery life, and I turn it off. Then set the slider to about 80% before it displays the high-power consumption warning.

There are no colour adjustment options, but under Developer Options, you can enable sRGB, and it achieves ABOUT 95% sRGB.

Here is the first of the compromises. The MT Helio P90 12nm is quite a good chip for mid-to-high-end handhelds, lets alone debuting in this mass-market device. But it is no Qualcomm. Its closest and more powerful rival is the Qualcomm SD730 or SD710 that OPPO uses in the R17 Pro.

We loaded the phone with multiple apps and browsers – it was silky smooth.

What you lose is Qualcomm’s tech like the superb Hexagon Digital Signal Processor, AI, Aqstic sound/aptX and its X series modems. Is it a deal-breaker? Apparently not and it saves valuable pennies.

The GPU’s forte is low power use, photo rendering and video compression – it can encode/decode MP4 and decode HEVC H.265. It also supports Google’s AR extensions.

Game use: OPPO has a Game Boost 2.0 mode with Frame Boost and Touch Boost. It should play most FHD+ mobile games. However, MediaTek has just released its games focused, Helio G90, and it uses the Mali G76 MP4.

The 8/128GB ram/storage is unheard of in a mass-market phone. Another compromise is no MicroSD slot for memory expansion. Still, for this price who cares.

GPS has fast satellite acquisition and more than enough speed for turn-by-turn navigation and recalculations.

Both the Reno Z and Note9, were -97dBm. But where the Reno Z shines is finding the next nearest tower at -99dBm – the Note9 cannot –  that reflects later tech.

LTE Bands cover all Australia carriers and many international ones.

You can read about Dual Sim setup options on OPPO here. It really offers excellent flexibility.

I usually criticise the so-called a stereo earpiece and down-firing speaker combo, but it had reasonable separation and similar volume and sound characteristics. Good tuning!

As is OPPO’s style our reference Sony WH-100XM3 headphones sounded superb although we suspect its nothing to do with the SBC codec and more to do with the Dolby Atmos psychoacoustic trickery.

Dolby Atmos means it can accept up to 5.1.2 or 7.1.4 Atmos content and downmix it to the 2.0 speakers or headphones/buds. Atmos settings are Smart, Movie, Gaming and Music.

We tested the 3.5mm buds, and the sound was adequate – no bass, strong mids and weak upper mids and treble.

This is predominately a bright vocal sound signature that is good for voice but tends to lack the ‘oomph’ for bass.

OPPO has a headphone monitor setting that allows you to hear the smartphone mic via the headphones. Karaoke anyone?

This has one of the best under glass scanners I have used. It is fast but not quite as fast as the Reno 5G which is blazing – blame the lower-powered Helio 90 SoC.

Face recognition is also excellent and quick. I tended to use this for convenience over the fingerprint system.

The battery is large for this class of device. OPPO VOOC is two batteries wired in serial and the Charger is two chargers putting out 5V/2A each. It is an eminently sensible and safer way to give it the capacity and charge speed without overstressing a single 4000mAh battery and USB-PD charger.

The ‘green’ cable USB-A to USB-C is for VOOC to deliver two concurrent charges. If you lose that you can still charge at half rate using the VOOC charger or a 5V/2A charger. It is not USB-C USB-PD compatible but using that charger will not damage it.

Given typical use we expect this to run for 24-36+ hours between charges.

My son is an OPPO fan using its phones since 2014. He has seen ColourOS grow up. “ColorOS, when I fist started using it, was very Apple-like and that was OK as I had come from Apple. But OS5 and now OS6 are more Android-like, and that is a good thing. OS6 (based on Android 9) has so many more smarts, and I can see why it needs its camera app (for AI and added features). I really like it – it adds much value to pure Android, and you sill have all the Google services and apps.”

It is now a minimal learning curve, but for the most part, Android users will love the added functionality of ColorOS6 – more here. BTW – you can set the home key layout to Android 9, Apple or Android 8 styles.

The last thing you expect is Gorilla Glass (any version) over an alloy frame. OPPOs build quality is excellent.

IP ratings are always nice but not expected for $499.

While 48MP sounds impressive and it is the same primary sensor as the Reno 5G, and 4G 10x zoom. The reality is that it defaults to a pixel binning 12MP camera in all but the brightest light. There is nothing wrong with that – most high MP cameras do that including Google’s Pixel series.

In terms of luminosity, HDR and colour reproduction of the OPPO Reno Z camera is much better than its competitors for the price. But I think it needs a firmware update to its post-processing algorithms to make images a little sharper (compared to the Qualcomm powered Reno 4 and 5G)

There are small differences between the Sony 48MP IMX586 sensor and the Samsung 48MP SK5GM1 used in the Motorola One Vision.

Sony has gyro-EIS and can shoot at 48MP or 12MP. Samsung has OIS and only shoots at 12MP.

From what I read, the Sony Sensor has the edge

The Samsung has Tetracel Plus (really Quad-Bayer), but its 12MP output means digital zoom is not as crisp as it extrapolates to 48MP.

Suffice to say OPPO is a leader in AI for photography and has almost every conceivable feature. Now they have added night mode.

32MP (bins to 8MP) detail is excellent, but contrast is not quite there. Still it is a sharp and colourful shot.

See toy dog shot above. The rear bokeh works flawlessly. It is OK for the single-lens front camera as long as you are not wearing things that break your silhouette.

It has 4K@30fps and colour and details are excellent if you hold it still. At 1K@30fps gyro-EIS kicks in and colour and quality are terrific even if you are walking around

GadgetGuy’s take – OPPO you have done it again. The Oppo Reno Z is a class-leading act even if its as cheap as chips.

I love this phone. In a week or so of use, it could be my daily drive. At $499 it makes me think about forking out over $1000 on a flagship ever again.

Naysayers will point to the MediaTek Helio P90 and its lack of a pedigree (specifically games, but I think it is OK. Then they will point to no microSD slot – 128GB for $499, get real. They may also say ColorOS 6 over Android 9 is not perfect, but it is pretty good, and those who use it – love it.

The only real competitor is the $499 Motorola One Vision, and yes, Pure Android One (and its guaranteed patches and OS updates) and an IP53 rating may sway me, but it’s a tough call between them.

One reader who bought and OPPO Reno Z sent me this

Despite the Reno Z not having removable SD card I’ll live with the Reno Z’s 128GB. I can use Wi-Fi or USB-C to transfer excess ‘stuff’ to my PC.

One key determinant was the Reno Z’s stereo speakers – after the Sony I didn’t want to do without. The speakers are louder which is a boon with my old man’s hearing problems.

I’m still getting the hang of the ColorOS 6. The fingerprint recognition works well, and very fast (a second or less). The screen has a noticeably better resolution and much easier to read than the Xperia’s. The phone overall to the same size as the Xperia’s.

One nice touch is that the screen comes with a scratch-resistant protector and a silicone case is thrown in, so you don’t need to source and pay extra for these. The phone looks very nice (until you mask it with the cover, of course).

I don’t play games, so the processor is not an issue for me. It easily copes with road navigation, etc.  As far as I can ascertain at this early stage, having a MediaTek rather than Snapdragon won’t be an issue.