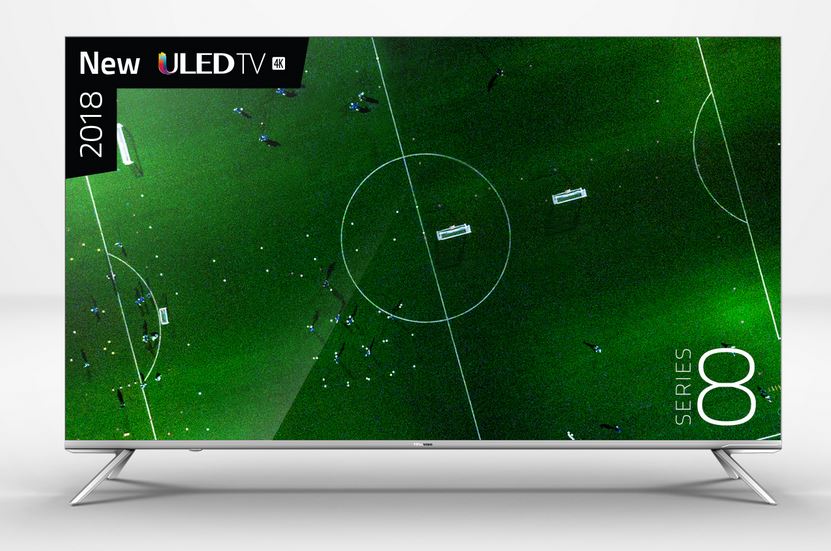 Hisense TVs have come a long way in the past year. This challenger brand has put a cat among the traditional pigeons with its Series 8 and 9 Quantum Dot TVs. The Hisense 75-inch 2018 Series 8 puts on a terrific show.

The 2018 Series 9 is outstanding – we rated it a 10-out-of-10 panel. (GadgetGuy review here). The purpose of this review is to see if the lower cost series 8 is a bargain or too much of a compromise.

But the real issue is how much better it is than the even lower cost Series 5/6/7. Regrettably, we can’t test that this time but you can read GadgetGuy’s range overview here. My gut feel is that it is a big step up from the Series 7.

Spoiler alert: The Series 8 offers a lower price point that the Series 9.  Performance wise it would take a skilled user to tell them apart. GadgetGuy rates this panel an 8 out of 10. This is after exhaustive testing using tech level 4K colour bar generators and diagnostics.  That is pretty good for an edge-lit LED/LCD versus the 10 out of 10 prime array LED back-lit Series 9.

In other words, aspire for a Series 9 but be very happy with a series 8.

It uses the same Hisense Quantum Dot technology as the P9. As as a cost-saving measure, it uses an edge-lit array (light comes from the bottom edge). The more expensive 75P9 has 1000+ individual prime array LED backlights.

We think the 75-inch as tested is superb but with a few caveats. Read on!

Let’s talk about the size

Humans eyes have about a 135° horizontal (wide) viewing angle. That is your ‘vista’. A TV that filled the vista would be almost impossible to watch and catch all the action. Your eye and neck muscles would wear out!

Vision experts suggest a TV should occupy 30-40° of your vista. Below is a table of TV sizes (applies to all resolutions) and recommended minimum viewing distances.

The there’s viewing angle. The correct height for a TV (wall/stand mounted) is where the middle of the screen is at the same height as your eyes when slouched in your TV chair.

In other words, perpendicular to the middle of the screen – just like the cameraperson who filmed it. Don’t even think about mounting it high on top of a fireplace mantle. Off-angle vertical viewing and the associated colour shift and brightness are causes of dissatisfaction with LCD TVs.

If you want to read up on this RTINGS.com has a good article here

Bottom line: The 75-inch is magnificent. But you need to assess if your lounge/media room is large enough to appreciate the extra real estate. Unless you have at least four-metre viewing distance, it can be a little overwhelming. If so you may be better off with a 65-inch model (65P8).

Less is more. It has thin, almost non-existent top and side bezels and a small bottom bezel. The top half of the TV panel is about 10mm thick. All the electronics and speakers are in a panel on the bottom half. 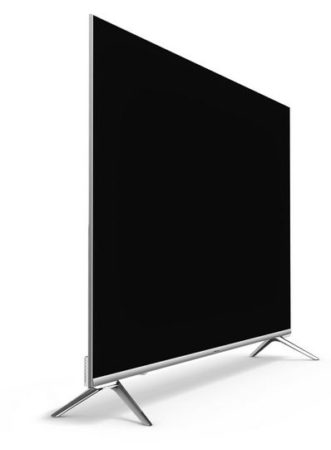 It also has an RCA composite Video/Left/Right input (older video devices), Digital Optical out (for an amp), headphone jack, wired Ethernet (as well as Wi-Fi AC dual band – no Bluetooth) and a TV antenna port.

There is 1 x USB 5V/1A (for watching content from a Flash drive or recording to an SSD external hard disk) and one 5V/.5A (best for an external keyboard mouse).

You can VESA (600 x 300) wall mount it or sit it on a pair of boomerang-shaped desk stands (supplied). There is room under the TV to fit a decent sized sound bar. 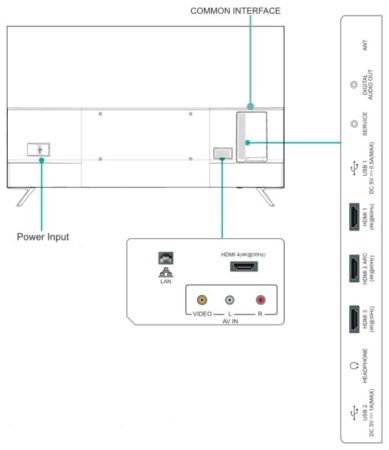 Hisense makes its panels (many TV brands buy third-party panels), and the dedication to quality and performance shows.

In theory, it has an 89° horizontal/vertical viewing angle. Colour/brilliance/black levels drop off past 65° horizontal and 40° vertical.

Bottom Line: The more expensive P9 prime array LED backlit is a little better in this regard.

OLED screens are the best for deep inky blacks and infinite contrast. But they are generally far more expensive. 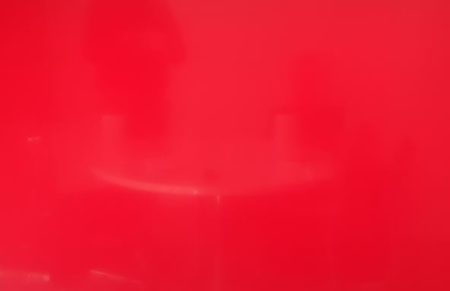 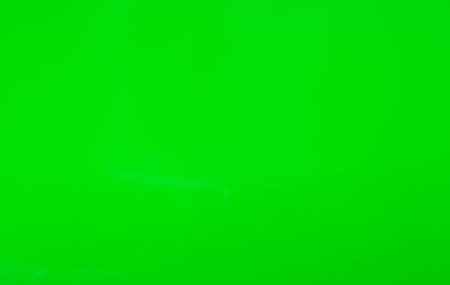 You will also note banding on the Yellow and White. That is a characteristic of all edge lit panels. 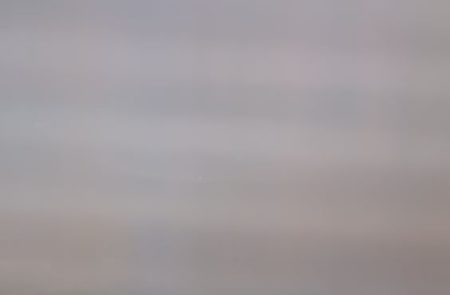 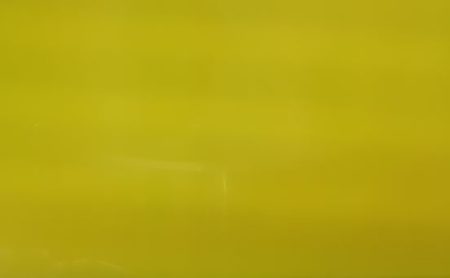 The screen is moderately reflective but should not be an issue if you are in the correct viewing area.

Bottom line: The more expensive P9 prime array LED backlit is better in reproducing primary and secondary colours. It also has no banding. If you were a purist, the P9 would be your choice.

However, after some hours of viewing 4K content from a Sony UBP-X700 Blu-ray I can say that it is not noticeable.

I had a chance to put RemoteNOW (Android app tested, iOS not tested) through its paces and it stacks up very well. In fact, it may just be easier to use than the traditional remote.

RemoteNOW works over Wi-Fi, so your TV and smartphone need to use the same Wi-Fi SSID. It can change channels, adjust volume, launch apps, adjust settings and use the smartphone screen keyboard to enter text.

I found it intuitive and easy to use. It was quite quick, even more than the IR remote. 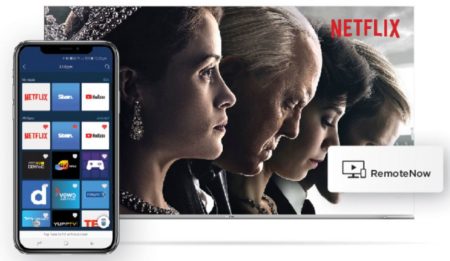 The remote is comprehensive, The old style ‘button for everything’. We did experience quite a lot of lag until we realised that the receiving sensor is on the left side at the bottom of the TV. Make sure a soundbar does not obstruct it. If you stand directly on it is good up to 8m.

VIDAA 2.5 is not as polished as the OS used by Sony (Android TV), LG (webOS), Samsung (Tizen OS) and Panasonic (My Home Screen) but it is getting there. By that I mean it does everything you need and has a third-party app store (uses Vewd).

It has a NEUS Audio Solution. We can’t find what that means as all searches for the name come back to Hisense. Let’s just say whatever it is; it does not have the same pedigree as those from AKG, Harmon Kardon, B&O, Sony or Technics.

Technically it has four woofers, two mid-range and two tweeters. Advertised specs are 15W per channel so let’s assume the speakers are set up as 2.0 (Left/right) or 30W. It supports Dolby Digital decoding and DBX sound upscale. Its P9 brother has Harmon Kardon tuning.

While it is loud (over 80dB), its native sound signature leaves a little to be desired. It focuses too much on midbass from 100Hz to 500Hz and then has a steadily declining frequency response dropping off at about 10kHz. The result is muddied bass and harsh treble.

This is a mid-centric sound signature (evidenced by the white line on default settings below). There are also presets – standard, theatre, music, speech, late night and sports. It is hard to alter a native sound signature too much but these act as an EQ adding slightly more bass, mid or treble. 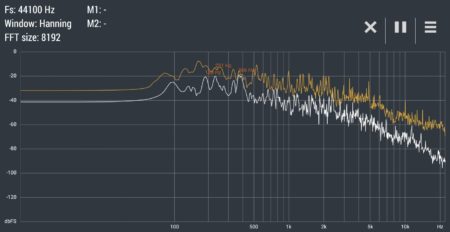 After playing with sound settings the gold line shows slightly better frequency response, but it is still a long way from the ideal warm and sweet sound signature that the P9 has.

It will cast using Wi-Fi direct (Mira Cast). You would have to add a Chromecast dongle to get that functionality.

When faced with a good, better, best purchase you inevitably buy ‘better’. You don’t want to be a cheapskate or a spendthrift.

I would spend the extra $1,500 for a P9 because I can. But if like most average Aussies money is too hard to come by then the P8 is a good alternative.

The compromises are in two areas

Shop around – there may be bargains to be had.