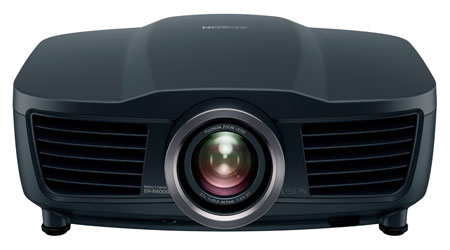 Arguably 3D is giving new life to plasma TV technology. I’ve looked at three different Samsung LCD 3D TVs, and now the Samsung PS50C7000 3D plasma TV, and there is no doubt that the plasma is the better performer when it comes to 3D.

The TV comes with processing built-in, along with the necessary infrared transmitter to control the liquid crystal 3D eyewear. You get one set of these with the TV (these use a replaceable button cell rather than the rechargeable battery models also available from Samsung). Note: the eyewear is the same for both the LCD and plasma models from Samsung.

The performance boost for 3D comes when strongly coloured and darker items are shown over a lighter background. With this TV there was almost no ghosting at all. Even when I looked for it, it was only occasionally perceptible, and only when I strained.

There was more significant crosstalk with white material over a black background, most obviously in the credits at the end of movies where a 3D effect had been used. This tends to be much less frequent than the other situation, so it rarely caused a problem.

The TV offered Samsung’s network connectivity, offering widgets (eg. weather reports, games), and some video content, primarily YouTube. It also supports media from connected USB devices, or DLNA-compatible server software on the network. You can plug a USB hard disk drive in and use this as a PVR. This worked beautifully.

There were two main limitations on the TV: its black levels were disappointing compared to leading plasma display, and indeed compared to Samsung’s LCD TVs! And it suffered fairly readily from plasma burn-in. Fortunately the latter tended to wash out in normal viewing within a few minutes.