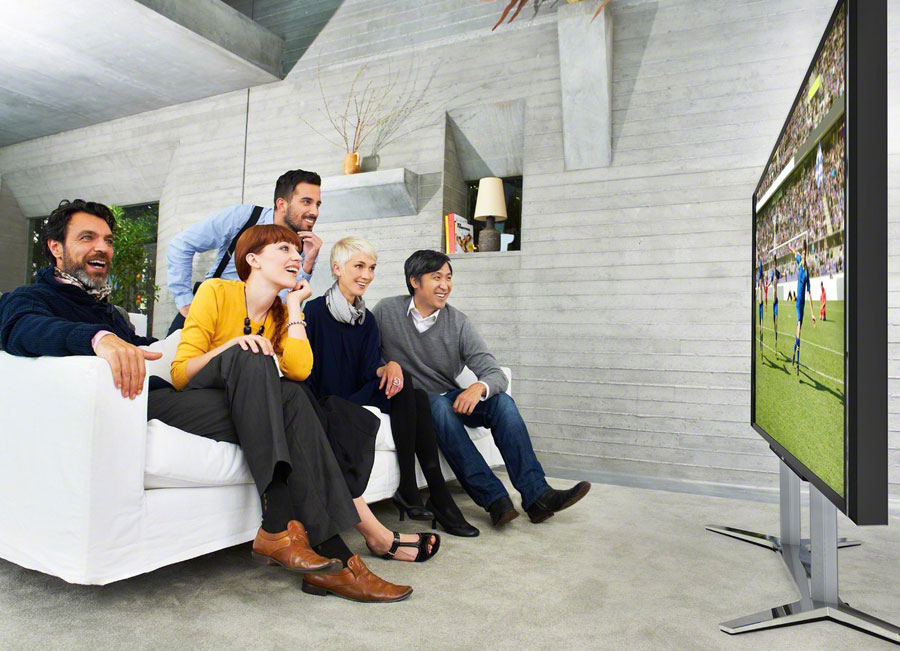 Do you have a spare $25K? We should be friends, or maybe you should just go out and buy Sony’s 84 inch 4K TV and invite us over, because it’s been priced, and is heading to stores now.

Coming off the back of Sony’s announcement at IFA in Germany this year, the massive 84 inch TV competing with LG’s own version of the same has been priced, bringing it closer to Aussies who can afford it.

Now available at Sony Centres across the country, the Bravia KD-84X9000 is Sony’s first Ultra High Definition display, showing an image four times that of Full HD and delivering a massive 3840×2160 resolution.

We went eyes on with it shortly after it was announced, and even got to spend some time up close and personal with a microscope checking out high impressive the clarity was, but Australians can now purchase it, provided they have $24,999 to spend.

You read that right: Sony’s first 4K TV sits at a $25K price tag, coming in at a premium because it’s the first generation of the next evolution of TV display technology.

“4K TV is all about picture quality,” said Paul Colley, Sony Australia’s Group Manager for Networked Services and Technology. “The eight million pixel screen is just the beginning of what’s so special about this TV.
“What’s most important is the image processing and we have purpose built our 4K image processor, to ensure the experience is truly superior, not simply more pixels on a screen that uses typical 2K image processing.”

As we mentioned earlier, Sony’s 4K Bravia isn’t the only 4K or Ultra High Definition TV to hit Australia, with LG’s own version heading to 30 stores across Australia for $15,999.

With an almost $10K difference between the two, your eyes and experience will have to be your guide to picking the best, as after some brief time with each TV, we’re impressed by the technology on offer by both of the 4K TVs.