Storyball – a high tech, no screen way for kids to play 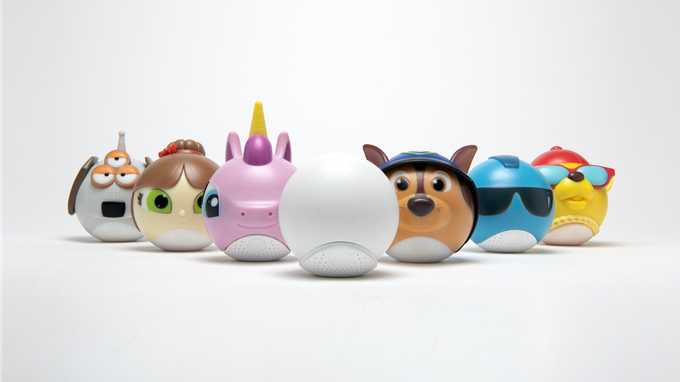 Storyball may just change the way kids play. No more handing them the smartphone to keep them amused.

The toy (website here) uses high tech, screen-free technology. Once a child takes a Storyball in their hand, they enter a world of active, imaginative play. They can complete cool challenges, take fun quizzes, and go on adventures featuring their favourite characters.

“We are truly excited to partner with Nickelodeon and HarperCollins Publishers to bring beloved brands ‘PAW Patrol,’ ‘GUNK Aliens’ and ‘Magic Ballerina’ to life in a new and engaging way,” said Chen Lev, CEO of Storyball. “Entrusting us with their brands shows their recognition of Storyball’s innovation in child development.”

The tech behind it

Storyball comes with an easy-to-use mobile app, which augments, organises and tracks a child’s play. Children (or parents) can download new content, share their achievements, and challenge their friends. Parents can also use the app to monitor their child’s progress and playtime.

Its intelligent sensory technology can identify over 100 different child’s gestures and movements. It guides play through audio, haptic and light cues to signal what to do next.

Using A.I. machine learning, it detects the habits, behaviours, skills, likes and dislikes of the child to improve the game, quiz or story they’re playing.

Storyball consists of a base console and changeable, characterised “skins.” Children pick and change their companion skin to unlock new stories, mini-games and experiences. These are for specific age-group and development skill-sets, such as problem-solving, motor skills and creativity.

“Chase” and “Skye” from PAW Patrol will be on a roll alongside “Snivel the Robo-Dog” from GUNK Aliens and “Ballerina” from Magic Ballerina.

GadgetGuy’s take. Anything to create a better and healthier way for children to play is good

I was at a local coffee shop recently that overlooks a park and children’s playground. It was a beautiful day, low 20s, not a cloud in the sky.

But there was something wrong with the idyllic scene. Almost all the kids were sitting on benches or under trees and playing with smartphones – including some in prams.

The creator’s vision is to build a world where play is active fun again. Children can play like children of the past. A place where technology supplements a child’s life rather than drives it.  Storyball recently won first place in the Global EdTech StartUp Awards, out of a group of over 2,000 start-ups from around the globe.

If you have couch potato kids, I encourage you to have a look.