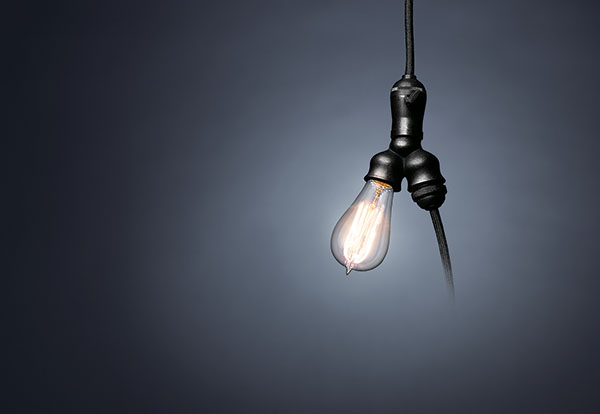 This year Panasonic is celebrating 100 years since its beginning. These days it makes things like gorgeous TVs and smart speakers and air conditioners and appliances. But back then it started with a light socket.

If my arithmetic’s right, Panasonic Corporation enjoyed some $87 billion in revenue last year. That’s real Australian dollars. But on 7 March 1918, 100 years ago last month, Kōnosuke Matsushita was struggling. He had just established his electrical socket company.

Back then a typical Japanese home, if it had power, had only a light socket. Power points? What were those?

Matsushita had been working for his local electrical utility. In his spare time, he developed a double adaptor for those light sockets. That would allow families to have light and use an appliance at the same time. Such things existed, but the 23-year-old Matsushita’s was better and cheaper. He took his “Improved Attachment Plug” (see above) to his employer, but it wasn’t interested.

And, so, he left. It was touch and go for several years as Matsushita learned that he needed to not only create products but market them effectively. Manufacturing was in the basement of his apartment building. He had to let go early assistants, so it was him and his family working the business.

Eventually, though, the word spread that Matsushita’s double adaptors were better and cheaper. The business was secured. From there he developed a bicycle lamp powered by batteries, again, better than the competition.

In the early 1950s, Matsushita began its global expansion, opening a sales office in North America in 1959. Four years earlier it launched the Panasonic brand as the name for its loudspeakers.

Still headquartered in Osaka, Japan, where Matsushita first established his business, it is now reputed to be the “largest Japanese consumer electronics company”. What was for many decades the Matsushita Electric Industrial Co Ltd became Panasonic Corporation in 2008. Throughout much of the world, it had been known by the brand name National until the early 1970s. Including in Australia, the company arrived here in 1962.

A century. 100 years. Quite the achievement.