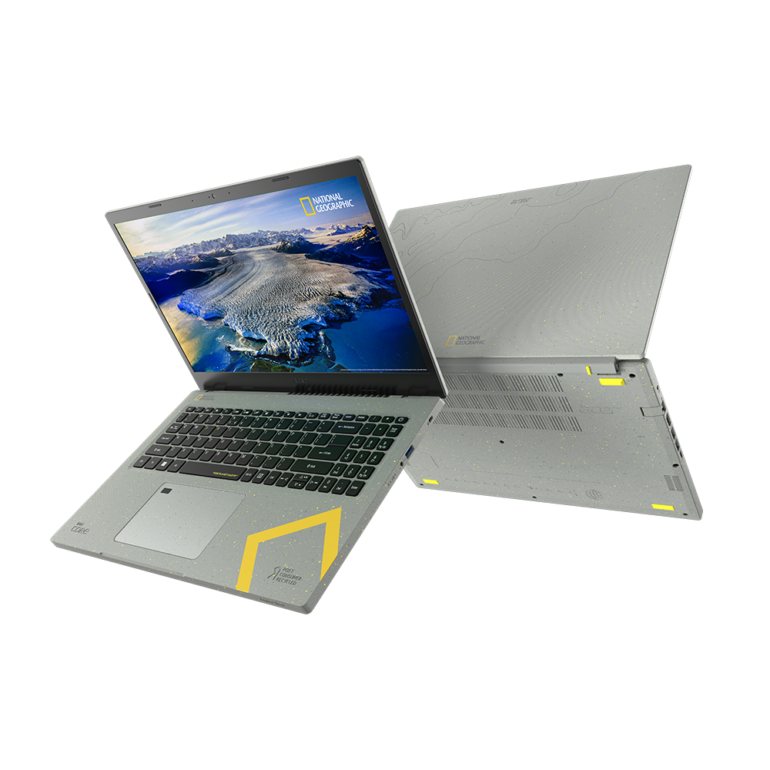 Acer has shown off its 2022 computers and laptops at the Consumer Electronics Show in Las Vegas. New models include its eco-friendly Aspire National Geographic edition laptop, economy-focused Chromebooks, ultra-light Swift series laptops and a host of upgrades for the Predator range of gaming laptops. There are also some updated all-in-one desktop units for home and office.

First introduced in 2021, the Vero range of laptops is created to support a sustain Acer’s commitment to a more sustainable future. Vero laptop chassis feature 30% post-consumer recycled plastics, with 50% in its keycaps. Acer says that its National Geographic Edition “incorporates design elements evocative of planet Earth as well as National Geographic iconic aesthetics, and supports the National Geographic Society.” The Vero is also designed to be easily upgraded and repaired.

Three new Chromebooks will be available to help consumers meet the changing needs of work and study environments, according to Acer. Made for students, hybrid workers and families, these models are intended to help boost productivity and come in 3 sizes and form factors:

Two new models join Acer’s Swift range of ‘ultraportable’ laptops. There’s a 14 and 16 inch model,  both of which have very thin and light designs:

On the desktop front, Acer has shown off its new Aspire C27 and C24 all-in-one units. With an eye on design, they have a sleek look to compliment homes and offices, along with updated specifications. This includes Intel’s latest 12th Generation Intel Core i7 processors, roomy storage, and Wi-Fi 6E connectivity. The design also features space-saving cable management, and they come in black with platinum detailing.

Acer showcased its 2022 Predator gaming-focused laptop range at the show, along with announcing new OLED and IPS gaming monitors. Highlights below: