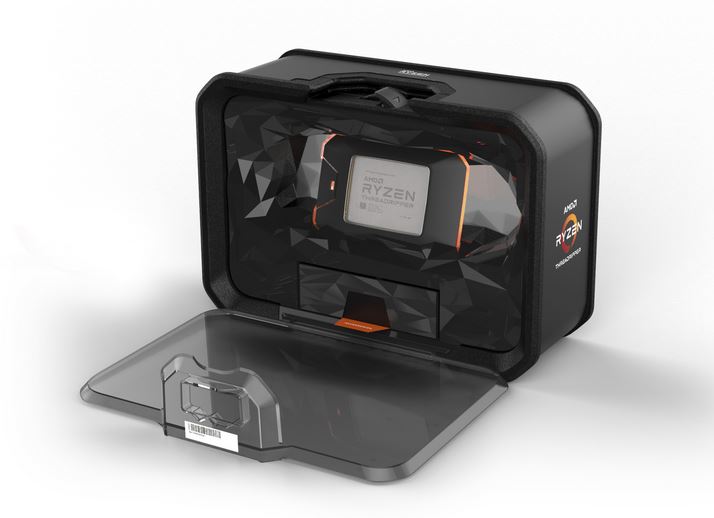 AMD Threadripper Gen 2 is set to smash all records set by its innovative first generation. Part of its new strategy is two versions. One for enthusiasts and gamers and one for creators and innovators.

The Gamers 12nm Threadripper Gen 2 come with a new Wraith Ripper air cooler made by Coolermaster with lots of options for air and liquid cooling (read major overclocking).

The 2950X is said to be up to 41% faster than its nearest competitor, but raw speed does depend on optimised software.

The 2990WX is up to 51% faster than its nearest competitor with the same caveats on software.

Threadripper Gen 2 are backwards compatible with Socket TR4 and will run in most current motherboards with a bios update. They also support the new new X399 motherboard from top motherboard manufacturers including ASRock, ASUS, Gigabyte, and MSI. These all have sixty-four PCIe Gen 3.0 lanes, and quad channel DDR4 memory with ECC support.

GadgetGuy’s take. More than a Threadripper Gen 2 – it’s a balltearer*

(*Aussie slang for when something is so damn awesome that the only word to explain it is balltearer.)

Things have come a long way from the first 8080 x86 chip. To quote Garrath Johnson, AMD Australia’s Communications Manager, “The last 18 months for AMD has been crazy”. He was referring to the huge adoption of its Ryzen CPU/APU and Radeon Graphics.

“We believe this (Threadripper Gen 2) puts us back in the leadership position for high-end desktops and computing.”

Certainly, GadgetGuy has seen a major change since Ryzen, and a very forward-thinking company emerge.

I am not sure how to review such a beast as the 2990WX or its mere moral cousins. But we will try.