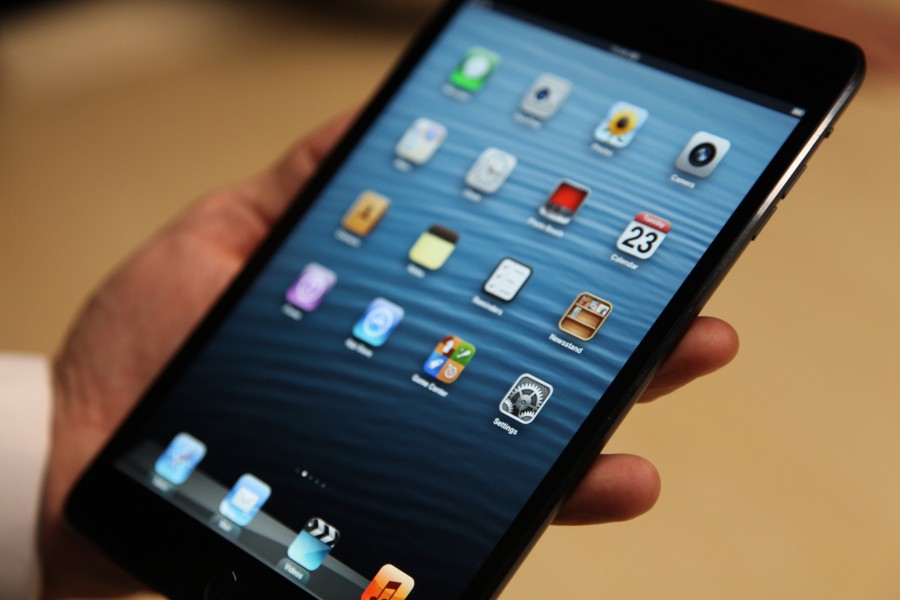 Interestingly, the mini’s 7.9 inch display has a resolution of 1,024 x 768, which is the same resolution found on the larger iPad 2’s display. While the same number of pixels are now squeezed into a smaller screen, this is not quite up to Apple’s ‘retina’ display quality, although it’s perfectly usable. In addition, there was speculation that the iPad mini would use the wider 16:9 shaped screen aspect found on the new iPhone 5, though Apple has kept true to the 4:3 shape used on all other iPads. 4:3 is generally a more appropriate shape of screen for reading books and web browsing, as there is more screen width available when compared to 16:9, which is what Android-based tablets use. Another bonus is that the mini’s 4:3 screen shape means all of the apps created for other iPads will work without modification on this model.

Apple’s Phill Schiller was fairly critical when comparing the iPad mini’s screen to an average 7 inch Android tablet, pointing out that the mini has thinner bezels and 35 percent more screen space. Schiller described a 7-inch Android tablet as “…a scaled up phone experience” when compared to the iPads mini’s “tablet” experience.