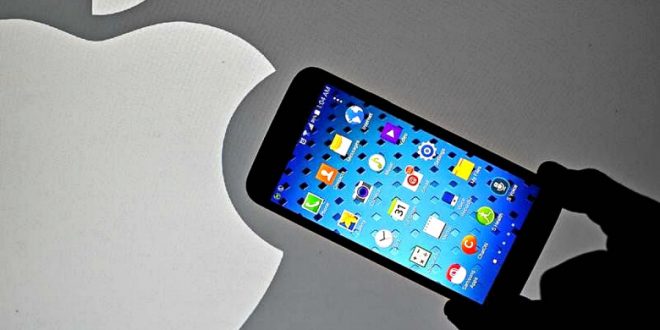 IDC has released its Q4, 2017 smartphone shipments data. Despite Android ruling the roost with around 90% market share, Apple iPhone was the biggest seller.

Its 3 November 2017 release of the iPhone 8, 8 Plus and X resulted in increased volumes. But Apple’s real volume was in its superseded and cheaper iPhone 6 and 7 series in emerging markets. Apple now offers eight iPhone models.

The Apple iPhone X is apparently not selling well

According to Apple Insider the Apple iPhone X has had very weak demand. It will become end-of-life (phased out) during this year – the excuse “That is was a special 10-year commemorative version – a one-off.”

Canalys has ventured that Apple sold 29 million iPhone X since launch but made over 40 million. Sales were mainly to existing Apple owners, many of whom took up generous trade-in offers to do so. That is a cannibalistic move. Good for Apple as it ups the numbers. Bad for the consumer who is further financially encumbered.

Nikkei Asian Review has said that Apple has notified its suppliers of a 50% reduction in its orders. This means only produce around 20 million X handsets in Q1, 2018. Production of its other handsets is not affected.

But when Apple sneezes others get a cold. Samsung supplies screens and memory. Sony for camera modules. ARM foundries for the A11 chip. TDK for batteries. And of course Foxconn and its hordes of Chinese workers are affected.

On the bright side, there are some great deals on unused components on offer to the Chinese smartphone tigers!

Android and iOS are now the only two mobile operating systems of any consequence and both camps are doing what they can to ensure existing users stick with them. The days of operating system battles for supremacy are over, and Apple must focus on extracting the maximum revenue from its closed ecosystem.

IDC says its use hovers between 85-90%, but there are many micro-trends going on in that ecosystem.

The average selling price (ASP) has slipped from US$220 to $198 due to a plethora of cheaper phones. While there will always be a market for $1000+ flagships, it comprises less than 10% of sales. And ‘upstarts’ like OPPO/vivo/One Plus (BBK siblings) are dominating global sales with ultra-reliable and desirable handsets from a couple of hundred dollars.

In part, its dominance was eroded by the Note 7 issue which allowed lower-cost Chinese manufacturers to grab quick market share, but the majority of its sales were in its lower cost handsets. The Note 8 has done well – it is the only Android flagship with a stylus – as have the Galaxy S8/Plus. Samsung will announce the Galaxy S9/Plus at Mobile World Congress, but analysts are saying it is just an updated Galaxy S8 – the real innovation is coming in the Galaxy X in 2019.

Huawei a strong second – or is it?

Its ultimate success lies in breaking into the US market but according to CNBC News that six US intelligence agencies including the FBI, CIA and NSA are concerned about “undetected espionage” and information theft of using its handsets. The US government has blocked its use for sensitive purposes, and there has been pressure on the US Telco’s (that sell 90% of the phones in the US) not to support Huawei.

Huawei responded, “Huawei is aware of a range of US government activities seemingly aimed at inhibiting Huawei’s business in the U.S. market. Huawei is trusted by governments and customers in 170 countries worldwide and poses no greater cybersecurity risk than any ICT vendor, sharing as we do common global supply chains and production capabilities.”

Coming up the field os Xiamoi and OPPO

Xiaomi had a shock ascension growing 96.9% year-on-year to number three selling 28.1 million handsets – mainly in India and Russia. It sold 92.4 million (6.3%) for the year. It has focused on low costs devices like the Redmi 5A at US$78 or free with a Telco one-year prepaid data package.

That knocked OPPO from number three position, but it still sold 27.4 million units. It sold 111.8 million handsets (7.6%) for the year. If you count its BBK siblings vivo and OnePlus (that share R&D, purchasing and factories), it is probably the worlds number two smartphone maker behind Samsung. Its R11/s is destined to be Australia’s top-selling camera phone.

While Huawei and OPPO (BBK) are pretty safe bets to remain in the top five, it only takes one amazing phone or even a celebrity endorsement to rise from obscurity.