Apple stock not so sweet any more. Microsoft on the ascent. 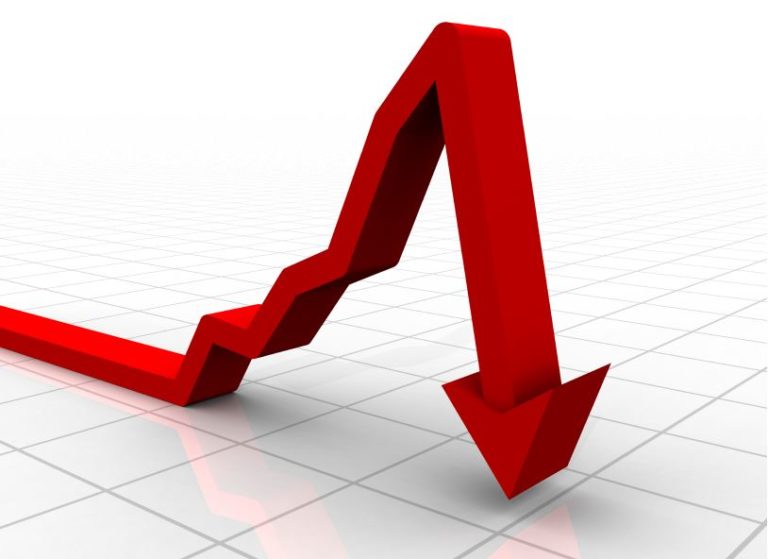 Microsoft eclipsed Apple as the most valuable U.S. company and the world’s largest company this week. Apple stock no longer values it as a trillion-dollar company either. Why?

As you read this Apple stock may have crept up a few cents, but analysts are having a field day speculating why the impossible has happened? Is Microsoft back on the ascent 16 years after losing the top spot?

Note this article is about Apple’s business practices. It is not related to Apple’s hardware or technology. All amounts quoted are in US dollars and Apple’s reporting year is from October 17 (Q1) to September 18 (Q4). GadgetGuy makes no comments on the ethics or efficacy of such.

From an investor’s perspective, Apple stock is volatile

Why? Because so much of its revenue and profit comes from one thing – the iPhone.

Five years ago, iPhone was 86% of Apple’s sales revenue. Twelve months ago, iPhone accounted for approx. 70%. While sales are cyclical and Q1 is usually the best sales period, Q3, 2018 is its lowest in several years at 59%.

Apple continues to drive iPhone prices up to increase average revenue per unit (ARPU). Despite declining sales, its revenue was up 29%. In other words, it sold fewer, more expensive iPhones.

Apple’s closed ecosystem generates an average of $30 per annum profit for every iPhone sold.

This comes from its App Store, Apple Care, Apple Music, Apple Pay, and iTunes. Indeed, these vastly more profitable services now account for 30% of revenue. The Catch 22 is if iPhone sales drop the company takes a bigger hit in services. As one analyst put it, “Apple has moved from an innovator to a landlord, collecting rent from its serf users. They are no longer loyal Apple users but captives.”

Is Apple closed ecosystem as a monopoly? Apple v. Pepper is before the US Supreme court to see the case has the legs to prove an Apple’s App store is a monopoly. Apple says its merely a marketplace/clearinghouse for developers, but it keeps 30% of the sales price for its services.

Under US Law, Apple argues the Illinois Brick doctrine precludes it from complying with Anti-trust laws. If the class action is successful damages are set up to three times the amount. This is going to be a long, drawn-out case and Apple will fight it to its dying breath to protect its walled garden? Can you buy a macOS or iOS device from another maker – as you can in Windows or Android?

Under Australian Consumer Law, the company you pay the money too is the supplier, not the developers – it may just be a matter of time before a class-action starts here.

President Trump is fighting a life or death battle on tariffs that could greatly impact Apple.

Initially, he proposed a 30% tariff on Chinese electronics and that includes everything Apple makes. The rumour is he may cut that tariff to 25% on consumer electronics to appease voters, but it has spooked the investor market.  President Trump will win – it is only a matter of time before the bill has his signature.

Apple has declared it will no longer reveal how many iPhones, iPads, and Macs it sells.

Analysts complain this secrecy verges on paranoia. In the future, they will have to use iOS and macOS and app activations to calculate how well iPhone or Mac sales are going. As far as Apple is concerned unit sales are no longer relevant. It is how much it extracts (total revenue) from its shrinking user base that is!

This may have been in response to the Wall Street Journal that Apple is cutting its production plan by up to a third of the nearly 70 million XR/XS/Max units suppliers had been asked to produce between September and February.

Apple stock woes are the result of a perfect storm.

OPINION: There is a perfect storm brewing that at best will impact Apple’s reputation and at worst see its alleged monopoly broken. It is going to be a long bloody battle as the European Union and many other countries await the US Supreme Court ruling to see if the class action can go ahead.

It also has implications for other ‘monopolies’ including Amazon, Netflix, Facebook and Google. Under US Anti-trust law, a monopoly has more than 50% of the market offering goods or services denied to other companies.

Microsoft is on the ascent thanks to Satya Nadella’s focus on the cloud.

Since February 2014, his slow and steady approach, genuine caring attitude to staff and customers, staying off-the-radar, and determination to reinvent Microsoft after the Steve Balmer era arrogance has paid dividends.

A large part of its success is in creating software that everyone uses by choice.

It does so for macOS, iOS, Android and Windows. Analysts universally agree that Office 365, Outlook, OneDrive and Windows 10 set the gold standard yet there is plenty of competition in Google Apps, Apple apps, and many others. This is driving recurrent and growing subscription revenue. That is known as making money while you sleep.

Interestingly Android is growing too at over 85%. iOS is more popular in the US and Australia. Smartphone market growth is stagnant, so any growth by one brand or OS is at the expense of another supplier.

Microsoft, once known as an evil monopoly, has moved to one of the most open companies on the planet.

Hundreds of OEMs use Windows10. There are no restrictions on using Windows Store or buying directly from a developer. It has products across all major operating system platforms. Then there is the ability to turn off 100% of Microsoft reporting, not use Bing/Edge,and use a Windows device as an anonymous local user – all without loss of functionality.

transformation was the catchword of the past few years. It’s now digital disruption.

Revolutionary, not evolutionary and Microsoft is identifying and working on disruptive technologies often well ahead of its competitors.

Microsoft’s future looks pretty good too. It’s work on cross-platform technologies (the device should never limit the use), the cloud, IoT, , quantum computing and mixed reality.