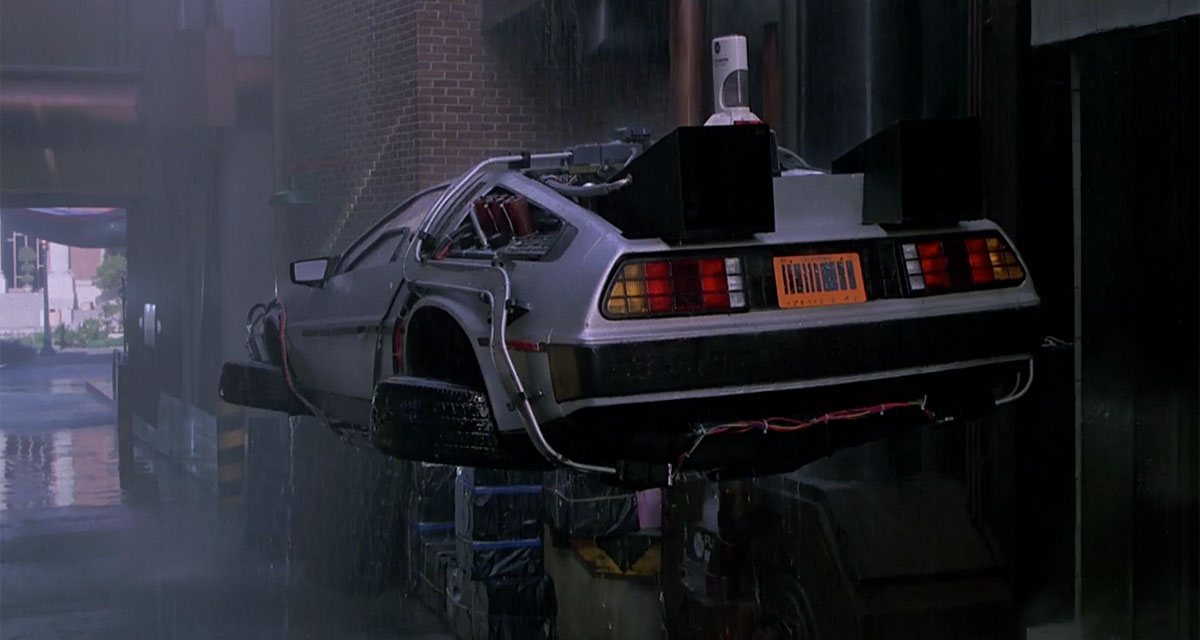 First of all, you need to know that while BTTF2 imagined 2015 as a futuristic world, it was a movie, and a fictional one at that about time travel, so let’s get something out of the way first off: these weren’t predictions.

You can bet that Robert Zemeckis, Bob Gale, and the rest of the creative team that produced the script, art, and built the movie didn’t try to make the most realistic flick they could. Rather, with the film produced in the 80s and released in 1989, they made 2015 have a bit of whimsy, with gadgets and electronics that could be eye popping and crazy, but still blend in with the whole “future” vibe the movie needed.

So Back to the Future 2 didn’t have predictions as such. It had ideas about what the future might have. How close did it get to what we have today?

Let’s start with an easy one, with Marty — Michael J. Fox’s character — needing to take a call from a potential partner in crime and then his boss over a video call.

This actually happened, and video conferencing, despite having some rocky starts, eventually got off the ground when mobile phones received front-facing cameras.

Microsoft’s Skype also made dents in this area, as has Google’s video-connecting Hangouts and Apple’s FaceTime, and now anyone can talk on the phone by looking at the person on the other end.

Video calling still isn’t quite as common as audio-only calls, and most of us communicate using either text or voice, but this technology did come to life, and even stuck around.

Now the fax on the other hand…

In the movie 2015, however, they were a big deal, used during the video conferencing scene of the flick, and even provided with a special mailbox set up around Hill Valley.

We never really got to see one of these used, but we’ll hazard a guess that it was a computer setup to send faxes quickly across the world.

Back to the Future nailed this one, because we still have newspapers, and while the internet is definitely eroding their readership, the newspaper is still about.

We don’t know if USA Today quite has the readership of “3 billion readers every day”, and highly doubt that it will arrive “via compu-fax satellite” (whatever that is), but newspapers are still here.

Possibly the best part of the newspaper in BTTF2 isn’t that it’s used as a prop to show how time changes based on what the characters are doing to alter time, but rather the extra news that would theoretically be happening tomorrow, like how the president says she’s tired of reporters asking the same questions.

We got close to this one, though it’s not quite the same.

While the real life 2015 won’t have you screaming as the umpteenth version of Jaws flies out of the movie to scare the living daylights out of you like in the movie, reality has provided 3D movies.

Once seen as the way for movie cinemas to keep making money and send people to the movies (and 3D movies were also that much harder to pirate), 3D has proven that it’s no fad, with more films released with the 3D gimmick than you’d expect.

Nearly every animated movie gets 3D in some form, and flicks like “Avatar” have shown that some filmmakers can do more than just rely on a post-production workflow to bring 3D cinema to life, with James Cameron even helping to change the way we capture 3D movies at the time.

3D hasn’t quite been the be-all end-all for reshaping motion pictures, and many still question whether it’s used for a good reason or not. Few movies that we’ve seen have made fantastic use of it, and it’s debatable as to whether or not a 2D or 3D version of the movie is better. We’ll normally argue 2D as it’s the version the director has paid more attention to.

Augmented reality is the other side of this technological pipe dream, with mobile phones and tablets allowing us to see almost holographic imagery when we hold the device over other gadgets or special codes.