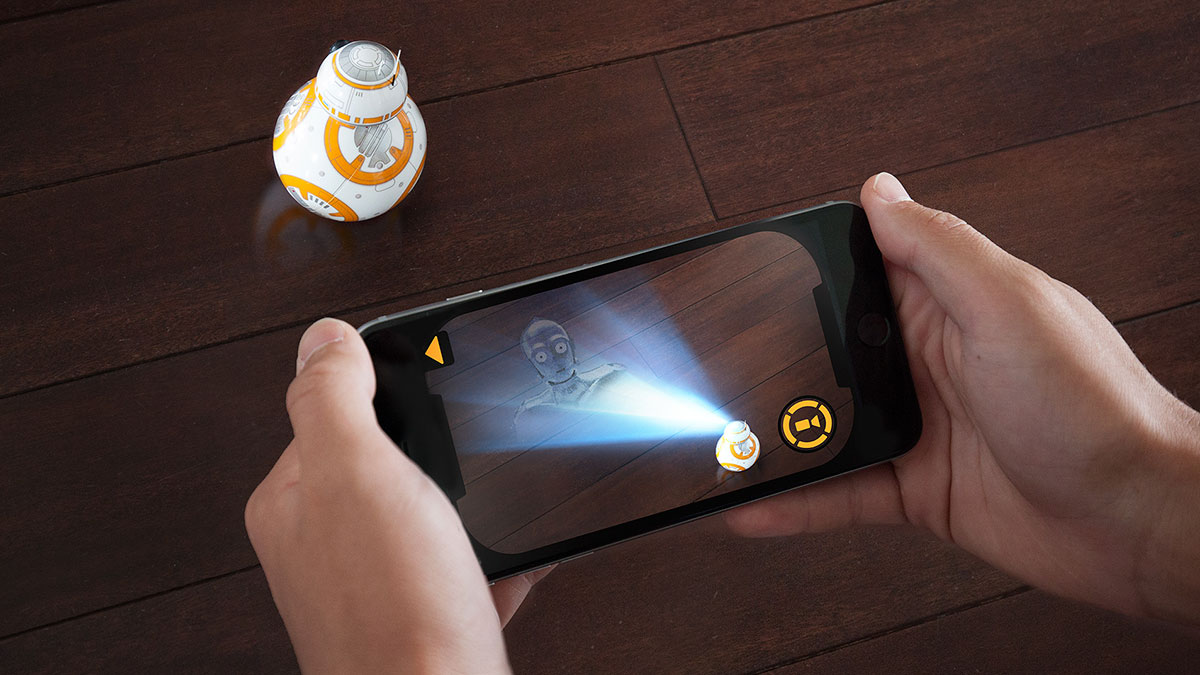 BB-8 to transmit Star Wars holograms ahead of new film

One of the big toys for the 2015 season is about to get a content update ahead of a movie release, and if you’re a sci-fi fan-person, it may just end up making you squeal with joy.

That’s because BB-8, the droid appearing in the JJ Abrams Star Wars flick set to arrive in December — “The Force Awakens” — will be extending his ability to show augmented reality holograms with imagery straight out of the next Star Wars movie before it even hits cinemas.

A new content drop will shortly be made to owners of the BB-8, allowing their phones and tablets to view a “hologram” through the device’s camera, revealing both C-3PO and R2-D2 communicating through an augmented reality hologram seen only on a smartphone or tablet controlling BB-8 via the app.

Unfortunately, it’s still not the “help me Obi-Wan” line that every geek and movie buff is hoping will make its way from the first Star Wars movie into this droid, but it’s a start, with two of the classic robots appearing in a newer robot that you can take home.

It’s not just current owners that will benefit from this not-quite-holographic edition, either, with future owners also seeing the content, and it won’t end there.

Sphero, makers of the BB-8, have said that another movie-based “hologram” will be rolling out in November as the release date of the new Star Wars flick draws closer.

To see the augmented reality hologram, however, you’ll need a BB-8, which can be found in stores now for $250, with the app available for iOS and Android only.