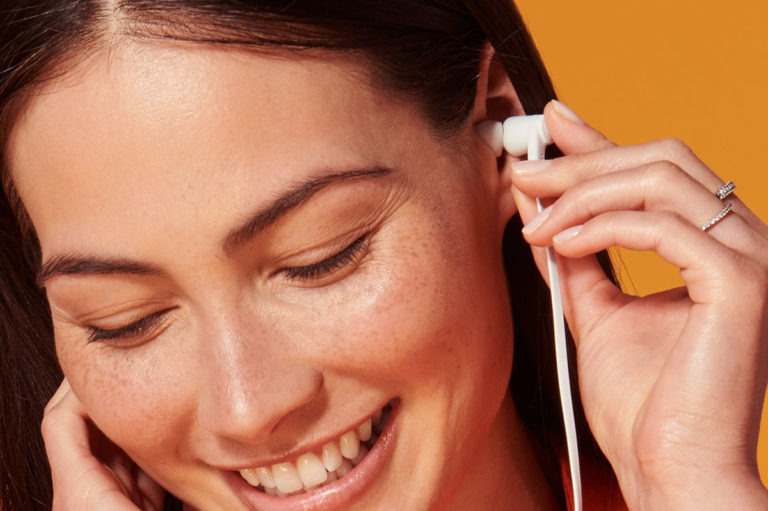 I spend much of my time with true wireless earbuds plugged into my ears. But sometimes they just don’t work and you need wires. Except that many phones these days have abandoned the 3.5mm analogue headphone output. Which is why you might find the “Belkin Rockstar Headphones with USB-C Connector” useful.

I certainly found them useful the other day. I was trying to measure the throughput of a couple of home Wi-Fi solutions and that involved copying large files via Wi-Fi. And that meant many minutes of standing around, waiting for the data to transfer. So, of course, I listened to a podcast to pass the time. But Bluetooth operates in the same 2.4GHz band in which at least part of Wi-Fi operates. I couldn’t risk interference. Would I have to just stand there, bored, while waiting.

Ah, how about those Belkin Rockstar Headphones I had in my review pile? I grabbed them, plugged them into my Huawei P30 Pro phone and could instantly resume listing to podcasts without worrying about it influencing the Wi-Fi data flows.

I could have used them at other times too. Like that time I was using Bluetooth headphones only with great difficulty, since the shopping mall in which I was wandering around was apparently saturated in the 2.4GHz band. That wasn’t a one-off … on the evening streets of Taipei a couple of years ago the buds I was using kept on dropping out due to interference.

Some companies do like to use the word “headphones” when the rest of us use “earphones” and Belkin is one of them. But earphones they are. The buds are small and come with silicone tips – three sizes are provided. Because there are no batteries required, the buds themselves are very light. They lodged in my ear ears firmly, with no tendency to loosen or slip out.

The wires for the right earbud on the Belkin Rockstar Headphones with USB-C Connector have inline volume and play/pause buttons. The cable is ribbon style, 1.1 metres in length. As the name suggests there’s a USB Type-C plug on the end of the cable. Built into that, or possibly the buds themselves, is a DAC – digital to analogue converter – and an amplifier to drive the earphones. These are powered by the USB connection. That is, they’ll draw power from your phone’s battery. Not much though, compared to all the other stuff that is consuming charge from your phone’s battery.

As for specifications, Belkin provides few. And they are buried in the FAQ. From that we can glean that the Belkin Rockstar Headphones with USB-C Connector use 10mm drivers and claim a frequency response of 20 to 20,000 hertz.

The control pod also incorporates a microphone so you can use these earphones for handsfree calling. You can also use them with Google Assistant. Just say “Hey Google” while you’re listening through them.

Belkin lists sixteen specific phone models on its website with which the Belkin Rockstar Headphones with USB-C Connector are compatible. Fact is, I’d be very surprised if any phone with a USB charge port would not work with these earphones. Technically, yes, they need to support the OTG – On-the-Go – standard, but that’s likely to be virtually universal for USB Type-C-equipped phones. But, I wrote the last couple of sentences before stumbling across this in the FAQ:

The Belkin G3H0002 is not compatible with these phones.

Oh. No idea why that may be.

For interest, I checked them out with both a Windows computer and a Mac. Yes, they worked both for playback and recording. Recording quality was locked at 16-bits and 48kHz sampling. For playback I could choose on either platform 16 or 24 bits with 44.1kHz, 48kHz or 96kHz (but not 88.2kHz) sampling. That doesn’t necessarily mean true high-resolution support. Just that the DAC can handle those inputs.

A Lightning version, suitable for use with iPhones, is also available. I’d be surprised if it were any different in performance.

In the grand scheme of things, the Belkin Rockstar Headphones with USB-C Connector are cheap. Most of the Bluetooth earphones I review cost between $199 and $499. Occasionally I review wired earbuds that cost north of $700. The Belkin Rockstar Headphones with USB-C Connector cost just one tenth of that. And I can tell you that they deliver far more than one tenth of the audio quality.

No, these are not audiophile earphones. For one thing, there’s a fair bit of cable noise – physical sliding or other contact with the cable is transferred directly into your ears. But that said, the Belkin Rockstar Headphones with USB-C Connector make for a comfortable listen thanks to the restrained top-end. Lower cost earphones tend towards shrillness. There was not the slightest hint of that with these earphones. If you’re not the fussy kind – I am, but even I liked the result – the Belkin Rockstar Headphones will be highly enjoyable. They are musical and strong on the elements of the music that will have you tapping your foot along with the music.

If you are the fussy kind, you may notice that the high end is perhaps over-restrained. As I’m writing, I’m listening to the Steve Wilson-remixed Thick as a Brick from Jethro Tull. The frequency balance tilts in favour of the bass, with the cymbals well back in the mix. They’re there, but only if you listen for them. But what we do have is an effective thump from the kick drum. Indeed, the drums in general are well represented, with little dynamic compression.

The bluesy song “She” on Harry Styles’ latest album Fine Line has a wonderfully strong bass line, but seems a little rough in presentation, as though the earphones’ internal amp is overstressed. When I dropped the volume by one notch – it sounded something like a 6dB drop in level – things clarified significantly. Likewise, up loud the orchestral sections of Jeff Wayne’s War of the Worlds were a little crunchy.

I guess that’s where cost savings manifest themselves.

With Billie Eilish’s latest (and only, at this point) album, there was again that sense of an absence of upper frequencies. The bass was not quite as extended as I’d originally sensed. Yes, it certainly encompassed the 40-ish hertz of the kick drum, but the deeper underlying stuff wasn’t as strong as I expected. Still, that 40 hertz coverage was powerful and enjoyable. Most bass lovers are going to be very pleased.

But don’t get me wrong: treble is important to properly understanding the human voice. And it was clear and coherent through these earphones on a wide range of podcasts.

The Belkin Rockstar Headphones with USB-C Connector are remarkably musical and excellent value for money. Go to them for musicality and a perfectly reliable connection, even if not necessarily for audiophile satisfaction.