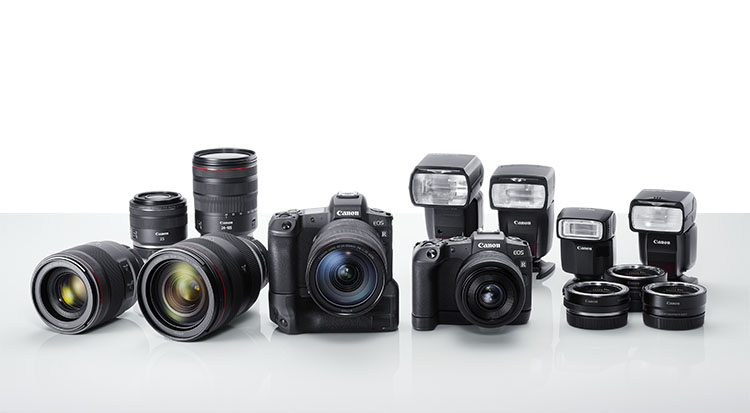 It’s only been a few months since Canon committed to the mirrorless format, and now it has launched the small-bodied Canon EOS RP mirrorless camera. But the new model retains a full frame CMOS sensor with 26.2 megapixels of resolution.

Canon says that the new camera body is only 440 grams in weight, including battery and memory card. It features a new lens mount – the RF system – and there’ll be ten lenses in the range by the end of 2019. In addition, existing and new Canon EF and EF-S lenses can be used thanks to three RF Mount adaptors.

Canon’s webpage for the Canon EOS RP camera is here. Canon continues to be obtuse on pricing, merely saying that “pricing to be set at dealer discretion”. Fortunately, emails from a couple of big camera retailers landed in my inbox, suggesting a price of around $1,999 for the body. One of those includes a mount adaptor for EF Lenses and a spare battery.