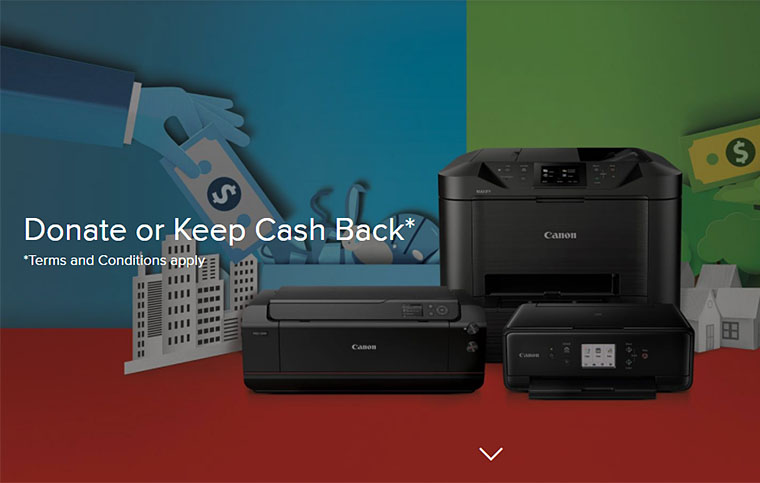 Well, this ought to test us over the next three months. Canon is running a promotion in which you can receive a Cash Back of amounts from $10 up to $150 on about 25 of its printers. The twist is, you can choose to give the Cash Back to a charity instead.

Associated with the promotion Canon has conducted research suggesting that Australian working-age adults donate around $200 per year on average, men a little more on average than women, but with more women donating than men, some states more (NSW: $265) and some less (SA: $103).

If you buy one of the eligible printers from a participating retailer (most of the big chains, but others as well), you first get to choose whether you want the Cash Back for yourself, or for it to go to charity. If the latter, you get to choose which charity: the Australian Red Cross, the Cancer Council of Australia, or Starlight Children’s Foundation.

Actually, you first have to decide to do something. My understanding is that a significant proportion of Cash Back amounts are never claimed, which, given the additional administrative expense, might be on reason why the items aren’t simply offered at a discount. Economists would note that it also tends to concentrate the savings with those who most value them, rather than spreading them amongst all purchasers, including those who aren’t price sensitive.

So if you want the Cash Back for yourself, you have to go online after purchase and make a claim. But if you want to Donate, you must follow through and go online to elect to Donate. Either way purchasers have to identify themselves and provide proof of purchase in the form of a copy of the receipt (it can be provided electronically).

The printers available pretty much cover Canon’s gamut of models. The $10 option is available for three models including the Canon PIXMA Home MG3060 printer/copier/scanner that sells for $79. At the other end of the scale, the $150 Cash Back/Donation comes with the Canon imagePROGRAF PRO-1000, a 12 colour, A2 photo printer costing $1999.

So, which will you choose?