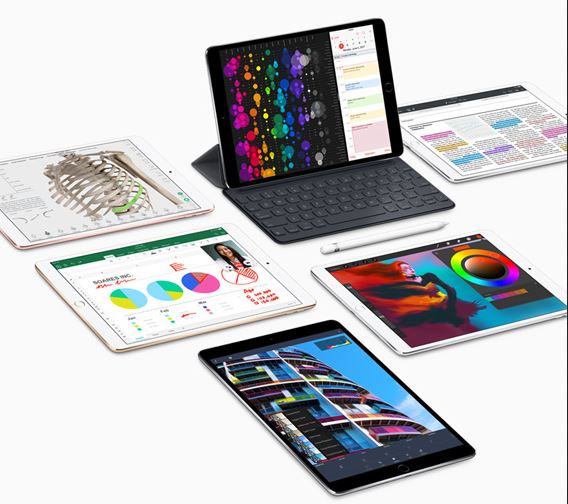 Honorary Gadgeteer Arjun Krishna Lal, Penguin-published author and tech journalist recently broke from his Windows bias and bought an iPad Pro. His journey of discovery is curious. If you are considering buying an iPad – of any type – read why he chose the iPad Pro Gen 2 despite all of Apple’s marketing influence. He writes.

You might be tempted to get hold of the chronologically newer iPad Pro Gen 3, iPad Air (2019) or the even cheaper entry-level iPad (2019). However – and Apple doesn’t really want to tell you this – the iPad Pro Gen 2 models offer the best overall value, in terms of price, features, and power.

If you’re in the market for many of the same reasons as I am, the iPad Pro Gen 2 is a compelling choice.

I had some precise requirements to help narrow my tablet search.

The first point – my main driver is not needing it as primary compute platform. My Windows high-end gaming and video production PC has large 27-inch monitor with a GeForce RTX 2070 Super and a 6-core Ryzen5 1600. If you want speed and power, you get a Windows PC and ramp it up.

I challenge any iOS or Android tablet to claim to be more powerful or have better graphics than a Windows 10 PC. You see, Apple wants you to think the iPad Pro is a desktop solution with its Smart Keyboard Folio and Apple Pencil – but it is not.

Remember that I did not need a primary compute device.

Initially, I thought that the 10-inch Surface Go (review here $599/839 for 64/128GB Wi-Fi) would be a great fit because I could reuse Windows software and all the peripherals. Its Pentium Gold processor may not be the fastest, but it runs a full-fat version of Windows 10 (after you update from Windows 10S). And, it is a competent media consumption tablet.

It is for people that want Windows on the go in a small form factor. Otherwise, in the Windows world, my choice is much more expensive 12.3-inch Surface Pro.

About to click on ‘buy’ when a thought came to me, “If I just need a device for writing and watching Netflix, did it have to be Windows?”

Getting past the Windows bias (and that is hard), I set out to see if an iPad (any model) could conceivably do all I needed. Admittedly so could an excellent Samsung Galaxy Tab A at $499/699 for 32/128GB – even more so now with the close collaboration between Microsoft and Samsung,

Sure, the iPad Pro is more expensive than the Surface Go. And, both needed a detachable keyboard and mouse for productivity (iPadOS now enables mouse support on the iPad).

Something, that ‘Je ne sais quoi’ drew me towards the obsolete but still available iPad Pro Gen 2. I guess I am writing this to convince myself it the right choice.

Why didn’t I buy a newer iPad Pro Gen 3?

Value is part of it, and the iPad Pro Gen 2 was obsolete well before I bought mine. Apple introduced the iPad Pro Gen 3 in 2019, along with two budget-mind offerings, the iPad Air and the (just) iPad. All these devices have either an A12 processor or the more powerful an A12X.

The iPad Pro Gen 2 has an A10X. Surely a bigger number is always better? That’s not always the case and nowhere is that truer than with some Apple products.

The latest iPad Pro Gen 3 has an Apple A12X SoC (system on a chip).

According to Apple, this is currently ‘the most powerful chip it has ever made’ including the A13 in its latest iPhones.

Let’s qualify that – the Apple A-series SoC is an ARM-based chip and we don’t really know what is inside. Certainly, on synthetic benchmark tests, it appears to outperform Android flagships using ARM SoCs from Qualcomm et al. But frankly synthetic benchmarks are not about raw speed but the SoC’s interaction with the other hardware and the operating system.

We know for sure that iOS and the A-series SoC are efficient but comparing disparate hardware on Android, iOS, macOS and Windows – well it is all a numbers game that objectively, we will not play.

The A12X has an eight-core Vortex/Tempest CPU paired with a seven-core GPU. It delivers roughly twice the performance of the A12 GPU found in the iPhone XS line and the lower-end iPads.

While the A12 is no slouch, it’s considerably behind the A12X. And this is precisely why the second-gen iPad Pro makes so much sense as a purchase.

Old is Gold: The iPad Pro Gen 2 A10X is veryfast

iOS developers use the latest-gen iPhone as their target platform. If you want an optimal experience, you’ll need an iOS device that performs on par with the latest iPhone. Anything more powerful is unnecessary.

Considering that the A10X is two Generations older, it should be a good bit slower than the A12. But in practice, most of the time it is faster.

For starters, Apple beefed up the A10X’s GPU to the point that it consistently outdoes the A12 in graphics workloads. And while the processor is theoretically slower, thermal throttling on iPhones means that the A10X-equipped iPad Pro Gen 2 will provide far better long-use CPU performance.

Put two and two together you’ll see that the iPad Pro Gen 2 is faster than the A12-equipped iPad Air and iPad 2019.

Point of interest: Apple released these two new iPads this year. That’s a critical point. It means that they don’t expect A12-class hardware (and the A10X by extension) to be obsolete until 2020 at the earliest.

From my experience, gaming performance on the iPad Pro Gen 2 is exceptional. Titles like Fortnite and PUBG run at maximum settings without breaking a sweat.

So, you’re not losing out on performance by getting the IPad Pro Gen 2. You are, however, gaining access to a whole bunch of features missing on the Air and iPad 2019.

There’s a reason Apple calls the iPad Pro line the “Pro” series. The iPad has come a long way since 2010 and the time when it was just an oversized iTouch. Back then, memory constraints, chipset limitations, and the built-in iOS restrictions meant that the iPad could be never much more than a simple media consumption device. Since then, Apple’s chipset engineers caught up with, then flew right past Intel in the mobile SoC space.

Moving the iPad upmarket: From iTouch Plus to MacBook replacement

Using those synthetic benchmarks (and taken with a larger grain of salt), the iPad Pro Gen 2 is faster than the MacBook Air (2017) and its cheaper.

Perhaps this has prompted Apple to reposition the iPad Pro as laptop replacement. The iPad Pro is meant to be a productivity device that’ll do many of the things your MacBook can do. But comparing a MacBook with an Intel CPU, USB-C, Thunderbolt and different ‘bus’ construction with an oversized iPhone is plain wrong.

Sure, there are a lot of things the iPad Pro can do that your MacBook can’t do and visa versa – hello Apple Pencil, we’re looking at you.

Thanks to the Pencil (Gen 2), the iPad Pro is a device for creatives. But when if ever will we get a MacBook with a touch screen (the answer appears to be ‘never’ as Apple tries to force us to iPadOS for touch).

And with the  iPadOS version of Photoshop arriving in a few months, you have more bases covered. Of course, the older Pencil (Gen 1) works with the “regular” iPads, too, so what else makes the iPad Pro special?

Apple Pencil and ProMotion: A Marriage Made in Heaven

ProMotion (Apple’s 120Hz screen refresh rate) is one of those things that you must see to believe. And its 600 nits and DCI-P3 colour gamut with HRD is very good.

iOS is smooth to start with. But at 120 Hz, the experience becomes fantastic. There’s so little input latency that the screen almost feels like an extension of your hand. Just scrolling through the interface is a joy on its own. And again, back to the Pencil, ProMotion is a big deal for creatives.

Input latency is the single factor that can make or break your experience with a stylus. If there’s too much latency, there’s lag, and you don’t feel like you’re using an actual pencil.

This isn’t the only display difference. The iPad Pro Gen 2 is HDR-certified – you can watch HDR content on Netflix and Prime Video in all its glory.

As an audiophile, I’ve spent a lot more than I’d like to admit on high-end audio gear. Sound quality matters to me. Apples decision to get rid of 3.5mm headphone jacks on phones and now iPads has me hitting my head against the wall.

We’re a long way from the point at BT SBC midrange wireless audio sounds anywhere near as good as my trusty cabled Sennheiser 598s or AudioTechnica MSR7s.

Apple started this whole ugly trend, so it’s not surprising that the iPad Pro Gen 3 lacks a headphone jack. The second-gen Pro does have one and its paired with one of the best built-in mobile DACs space. You don’t need dongles or extra equipment to get great audio from the second-gen Pro. You just need to plug your headphones in.

The iPad Pro Gen 2: It is all you need

Yes, the iPad Pro Gen 3 is newer. It has a faster processor, higher resolution screen and Face ID. It also has the Gen 2 Apple Pencil, which features a second programmable function along with other improvements.

If you’re looking for a productivity device, for me, there’s little difference between the Gen 2 and Gen 3 iPad Pro series. However, working creative artists would be best placed with the latest iPad Pros, as they are considerably more powerful and capable.

Similarities between the models include:

Considering all this, and the fact that the iPad Pro Gen 2 costs way less than the iPad Air (from $799), it’s really a no-brainer. However, if having the latest product is important, the Air is still a solid, albeit more expensive, option.