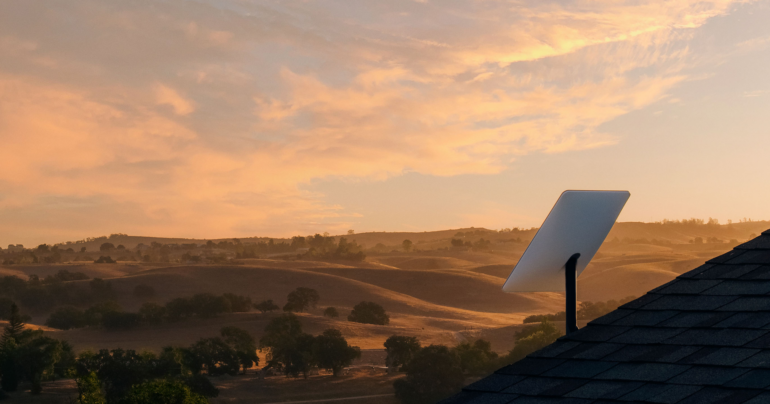 Elon Musk, the enigmatic founder of Tesla and SpaceX, has warned Ukrainians that they may be at risk when using his Starlink terminals to access the internet. Earlier this week, Elon donated thousands of Starlink units to Ukrainians at the request of Vice Prime Minister Mykhailo Fedorov.

The use of Starlink will help restore the country’s communications network, which has been badly battered by the Russian military. It is also demonstrates the power of an independently owned satellite constellation, and how its unfettered internet access can sidestep censorship and denial of information used by repressive regimes.

Musk’s Starlink system is a constellation of over 2,000 satellites that provides fast internet access to remote regions around the globe that would otherwise have limited or no service. While still only partially complete, Starlink can service North America, Europe and Australia to varying degrees. With more satellites deployed to orbit each month thanks to SpaceX’s low-cost reusable rockets, we’ll see more global coverage soon.

To access Musk’s satellite constellation, users need to set up a Starlink base station, which is a small satellite dish that connects to a router. Users can expect to see download speeds between 100 Mb/s and 200 Mb/s and latency as low as 20ms in most locations. This is ideal for sending high-quality video and images, and supports essential ‘on the ground’ reporting of the Ukrainian invasion.

However, as Starlink is one of the few systems still opening in Ukraine, Musk warned Ukrainians that it was likely that they could be targeted by the Russian military.

We assume that it’s possible for the Russian military to zero-in on Starlink base station locations by tracking the signals sent to it. Perhaps this is enough information to co-ordinate a missile strike. To protect against this, Elon suggested via Twitter:

Turn on Starlink only when needed and place antenna as far away from people as possible…Place light camouflage over antenna to avoid visual detection.

When asked if spray paint will work as a camouflage, Elon replied:

Elon’s SpaceX is one of many western companies pressuring Russia to stop its invasion of Ukraine by either sending support or pulling out of the Russian market.

How Starlink will compete with the NBN