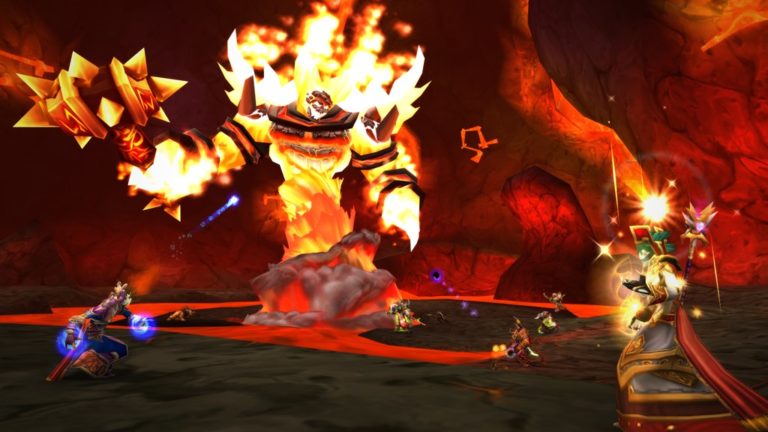 GadgetGuy has teamed with ProGamerReview – one of Europe’s premier Games and game tech review sites. Here is a curated view of some of the big stories for 2018.

VR headsets have continued to hover just outside of the mainstream this year, alternating between great potential and great confusion as the market tries to work out where its future lies.

2019 looks set to be an important year for VR headsets with adoption rates expected to climb further, an abundance of exciting new accessories to boost immersion hitting the market, and a wealth of exciting new titles including Borderlands 2 VR (available on Playstation VR), Space Junkies and A Fisherman’s Tale releasing.

If you’re yet to jump on board the VR train, this is a great time to start. Now that these headsets have been in the market long enough to mature, you should be able to find a great deal and enjoy the benefits of a large media library to choose from.

ProGamerReview compiled a head-to-head review and comparison between the HTC Vive and the Playstation VR earlier this year. It is a must read if you’re looking to buy your first VR headset.

ProGamerReview commended the Playstation VR for its comfort, affordability, and impressive graphics performance given console limitations. However, the HTC Vive was the winner due to its premium design, extensive game library, and superior immersion.

For the full breakdown and review, you can find more on ProGamerReview here.

Get sneaky with the best stealth games you can play right now.

This year’s biggest releases have been largely bombastic affairs: boldly swinging through the streets of New York in Spiderman, committing all kinds of heists in Red Dead Redemption 2, or shooting everything that moves in Call of Duty: Black Ops 4.

It’s easy to fall into the pattern of solving video game challenges with bullet spray, so these holidays we’re shaking things up with games that reward you for doing the exact opposite.

ProGamerReview have compiled a rundown of the best stealth games you can play right now on both PC and console. Highlights include Dishonored 1 & 2 taking best first-person stealth, Metal Gear Solid V keeping the crown for best open-world stealth, and an honourable mention for category veteran Hitman. It’s also great to see a few indie titles make the cut, such as 2012’s excellent Mark of the Ninja taking best stealth platformer.

2018 has produced some bold shooting experiences. Taking back Hope County from a religious cult in Far Cry 5, the first Call of Duty to cut the campaign, and the surge of Fortnite capturing a whole new generation of kids.

Playing against AI opponents is one thing, but the game climbs to a whole other level when you’re playing against real competitors. Get your friends together or form a clan online and charge forth to victory with the best shooters you can play in 2018.

To see the full list of games recognised, read the review here.

Logitech G Pro Headset Review: Perfect for some games, not so for others.

Professional eSports, the competitive playing of multiplayer games for large sums of cash and relative fame, has exploded as an industry in the last ten years. With more and more gamers turning their passion into a career, and even high schools getting involved in the craze, it’s hardly a surprise that tech brands are chasing a piece of that pie.

Logitech’s latest G Pro headset is a professional grade Esport headset for the everyday gamer. It is for games like League of Legends, and Dota 2.

ProGamerReview recently got their hands on the Logitech G Pro Headset, and had great things to say about the construction and premium feel:

It’s lightweight materials, and leatherette ear pads make it comfortable to wear even for hours on end. Which means you can practice with your team or friends all day long and feel little to no fatigue from it which is a definite plus.

However, when it came to audio, the quality audio was marred by the absence of surround sound making it difficult to recommend as an all-around gaming headset:

The G Pro headset is quite excellent regarding the actual quality of the sound, and the G Pro drivers provide you with some of the clearest audio on the market.

The first thing I noticed was, of course, the lack of surround sound which seems like such a weird choice by Logitech as it puts them behind almost every other headset of that price class and even behind Logitech’s own, slightly cheaper G433. In games where the directional sound is a necessity such as in first-person shooters, I missed the surround sound feature as it can be incredibly useful for locating the enemy.

The headset’s full frequency microphone also took some getting used to, with a high sensitivity picking up a little more than necessary:

I do find it overly sensitive which can prove very annoying, but once you get the setting right and get used to it, it works perfectly fine. Just don’t keep it too close to your mouth as it is also good at picking up breathing sounds and your teammates will hate you for it.

ProGamerReview ultimately recommends the Logitech G Pro headset to gamers that care more about performance and precision than immersion. If you play MOBA games (such as Dota 2 or League of Legends), this headset is one of the best you can get. For more all-rounder gaming, however, you might wish to consider the Hyper X Cloud 2.

Logitech’s 2018 G Pro line capitalises on the booming eSports market, offering a series of gaming peripherals for pro gamers and extended gaming sessions. The team over at ProGamerReview recently got hands-on with the G Pro line.

ProGamerReview’s review of the G Pro Mouse praised the high level of customisation and performance provided:

The design is quite small, ambidextrous and very lightweight. This makes it perfect for the sort of tight grip that enables professional gamers to move the mouse with high speed and precision.

This is combined with some of the most potent gaming technology in the world and more importantly, specifications that focus on accuracy and speed. The zero filtering, acceleration, and smoothing together with its 1-millisecond response rate and lightning fast sensor creates one of the most well-optimised gaming mice on the market today.

The mouse body is robust and durable ABS plastic, with a metal spring button tensioning system. This makes the mouse more reliable and also increases the lifespan of the buttons, tested up to 50 million clicks.

Logitech Gaming Software (LGS) bundled with receives a  gong for the ability to customise the LED lighting colour, DPI (Dots Per Inch, or how sensitive the mouse is), IPS (Inches Per Second, or the tracking speed), and cursor acceleration. Not to mention the ability to custom map all six buttons on the mouse.

Overall, the G Pro mouse is highly recommended especially for those who play fast-paced games:

I would highly recommend this little killer of a gaming mouse to anyone that seeks to improve on their in-game performance and especially for those that play mostly high-paced competitive games such as Counter-Strike or Dota 2.