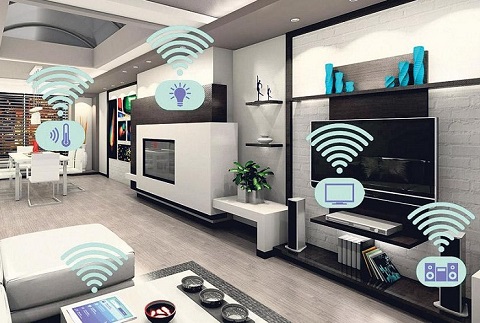 Voice Assistants, SmartHome and AI driven products came into prominence in 2018. Yet, these are products ‘on a promise’ as few offer any more real functionality than novelty value right now.

Alexa, OK Google, Siri, Bixby, Cortana et al. all make many promises they cannot deliver on. Not to say they will not deliver in the future but there is no such thing as a voice assistant that can replace all but the simplest manual tasks.

That is despite how much money you throw at it or how effusive their bovine-excrement department is. On that matter, we sometimes get daily releases about what Alexa or OK Google can do today that it could not do yesterday. Little news value, so the release goes in the electronic waste bin.

Hell, the media was so conned it sheep-like reported on what it should do, not what it does do.

As reviewers we found the reality – it is damned hard to get a voice assistant to answer more than fundamental questions, tell jokes, set alarms/reminders and play music. Let alone control the TV by voice,change inputs to the Blu-ray or set-top-box and control a sound bar all at the same time. I know – I tried for days!

Most of what you have already bought will have a limited life as AI (artificial intelligence behind all smart things) will need more and more power or features than a dumb speaker dressed up as a smart one can deliver. Our best advice is to wait until another year of hyperbole is over, and some standards have emerged.

These are going to come from major players like Samsung, LG, Google, Microsoft and Apple – not from bit players trying to sell you stuff online or gather as much personally identifiable information as possible.

On the bright side – voice assistants and SmartHome devices portend the future. We look at Google Assistant, Amazon Alexa and Apple Siri in 2018 and its not about what is best. It is about which ecosystem suits you.

OK Google, what can you do?

I won’t go into detail – the Google Assistant site does that well. What I will say is that Google Assistant is simply a way to voice interact with Google services like search, maps and the world.

While that sounds good, voice gives such a limited subset of results. If I search for Smart Speaker reviews on a PC, I get 171,000,000 results in Google Search and can manipulate that by region, date and more.

If I ask “OK Google, Search for smart speaker reviews” it offers one from YouTube (a Google company) and hijacks my Chromecast (Google product) enabled Android OS TV and soundbar.

I have managed to get Philips Hue lights working via the Hue Bridge, and it has become more of a party trick than a necessity. “OK Google, turn on Lounge lights (Hue) and Christmas Tree (courtesy of a Belkin Wemo smart switch).

Yes, many new security cameras, especially Nest (Google owned), will seamlessly connect and I can cast their video to a device. But, I have tried countless products from smart vacuum cleaners to washing machines that have a major reduction in features when using voice.

Soon Samsung SmartThings (Smart hub and smart devices) will be readily available to all Australians, and we may see more things working with OK Google. To be fair OK Google does support almost any voice-enabled device!

You can see individual speaker reviews at the following link – “And the winner is – see our shootout here“.

“OK Google Show Me the money.”

Voice commands need an extra dimension, and that is where OK Google speakers with a screen come in.

This year we reviewed

We have not done a shootout. Lenovo 10” has the best video and reasonable sound so its good for YouTube. JBL Link View has the best sound. Google Home Hub lacks a camera, so it is a nice moving picture frame.

These all do what Google Assistant can do, but where results can show graphically, they are.

For example, if you ask what sound a reindeer makes it grunts and shows a photo. If there is more relevant information, it shows up at the bottom of the screen.

You can also use Google Duo to make and receive video calls with the Lenovo and JBL. This is really cool if the caller has a screen too – you can see the grand kids or more. You can leave video messages etc. I suspect this is the killer app that will sell more of these than the speakers alone.

Screens are also useful if you have OK Google compatible security cameras (Nest etc) as you can view what each is seeing.

GadgetGuy understands that OK Google is more popular in Australia than Alexa. Why? In our testing, we have been able to do more with Google Assistant than Alexa.

Apologies but GadgetGuy does not have as much expertise with Amazon Alexa. It is not for lack of interest but lack of ‘bandwidth’ – by the time you learn Windows, Android, macOS, iOS and more to the degree you can be authoritative you simply run out of brainpower – bandwidth.

To be fair to Alexa GadgetGuy will be setting up an Alexa test bed and learn Alexa Skills in 2019 and will try to offer more comprehensive coverage.

Most people use their AmazonEcho smart speakers to listen to radio stations, stream music from services such as Amazon Music, set timers and alarms and use ‘Alexa Skills’ control SmartHome devices including smart lights, connected thermostats and appliances.

We did an Alexa speaker shootout in September that unfortunately has the previous versions of Dot, Echo and Plus,but new versions of Spot, Sonos One and Beam and Ultimate Ears Blast and Megablast.

Our take at that time was

It is unfair to compare the lower cost Echo Dot, Echo and Plus, with Sonos or Ultimate Ears. The former are designed to bring Alexa to your home – just don’t expect good music. The Ultimate Ears Blast and MegaBlast are party speakers and fit that role well. While not an audiophile dream they provide heaps of distortion-free sound at copious volume. Sonos One is sweet. Everything you need in a room speaker offering huge sound from a small enclosure. Even better when paired for stereo (works only in the Sonos app). Although at that price I would buy the Sonos Beam.

We will re-run those tests soon but suspect the outcome will be similar.

GadgetGuy sees promise in the Alexa ecosystem but to date that has not materialised as easily as Google Assistant. We suspect that the shootout will have a definite winner and loser later in 2019.

Apple has only one audio product – its HomePod and sound-wise it’s a ripper! Intelligence to adapt its sound to any room and if you are in the Apple ecosystem the only speaker to stream Apple Music.

GadgetGuy Apple expert Val Quinn gave it a 4.7 out of 5 in the review– high praise for a mono speaker. With the advent of AirPlay2 software and later versions of iOS, you can set up multi-room play and control AirPlay 2 compatible speakers from Bang & Olufsen, Bluesound, Bose, Bowers& Wilkins, Denon, Libratone, Marantz, Marshall, Naim, Pioneer and Sonos.

Siri is not as far ahead as the others for voice control of home automation. Apple is developing its HomeKit ecosystem, and it’s the only show for iOS users. Again, to be fair to Apple, GadgetGuy will set up a HomeKit testbed to ensure balanced coverage.

Smart speakers and SmartHome devices rated number eight of our top ten categories in 2018. Smartphones were number one! Both share the same AI underpinnings, and that is where we see most innovation in 2019.

We suspect that SmartHome devices will rocket up to number two category in 2019 – it will be where all the action is.

Our best advice is to hold off selecting any ecosystem or device until later in 2019 and regularly look for our information filed under SmartHome.

Two things may change your views about smart speakers – not SmartHomes

First, we think that Smart Speakers and screens may be overtaken by Android and iOS tablets – these can do everything that a smart screen can do – and more. We will also see smarts built into the TV, fridge, headphones, shopping trolleys, cars, rooms, PCs and it may become ubiquitous rendering dedicated smart speakers somewhat useless.

Second, and to a large degree, SmartHome adoption needs Wi-Fi AX speeds and capacity that may not be mainstream until later next year.

We will be seeking independent advice too from our honorary SmartHome expert Michael Verghios, Director at Nimbull Smart Home who deals with the pointy end of installing and making these devices work!