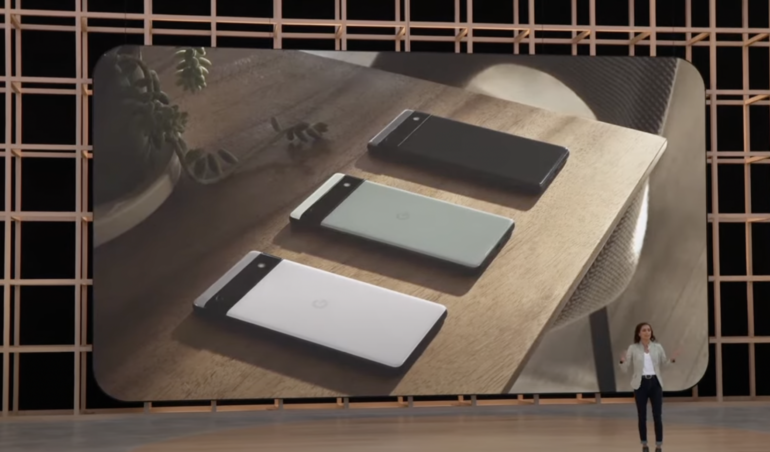 While revealing the long-awaited Google Pixel 6a, due to ship on July 28, Google also offered a sneak peek of its successor – the Pixel 7 line-up – at the Google I/O developer conference in California.

Despite the smaller OLED screen, down from 6.4 to 6.1 inches, the new mid-range Google Pixel 6a borrows many of the Pixel 6’s design elements, including the distinctive camera bar. Both handsets feature the same 12MP ultrawide rear camera and 8MP selfie camera, yet the Pixel 6a only sports a 12.2MP main camera sensor – a considerable step-down from the Pixel 6’s 50MP.

The spec sheet reveals a few other areas where Google has scaled back the Pixel 6a. The display drops from 90Hz to 60Hz refresh rate, with the RAM is cut from 8 GB to 6 GB. It features a plastic back instead of glass, and is only available with 128 GB of storage – dropping the 256 GB model.

The handset’s battery size is down 200 mAh to 4410 mAh, yet the Pixel 6a can last up to 72 hours when in the Extreme Battery Saver mode — a first for Pixel phones. The trade-off is a 18W wired charging speed – down from 30W on the Pixel 6. The change will likely also impact wireless charge times when using the new Google Pixel Stand (2nd gen).

The Google Pixel 6a is available in three colours: Chalk, Charcoal and Sage. It will be available for pre-order at the Google Store and select partners, starting at $749 on July 21, and on shelves on July 28

Set to debut later this year, the Pixel 7 line-up will feature a “next gen” Tensor processor and come with Android 13 pre-installed.

While Google was tight-lipped on the details, mock-ups of the handsets reveal two camera cut-outs and a slightly tweaked design with slightly smoother lines. The new aluminium camera bar flows into the device’s side rails, instead of a big black bar which cuts off at the edges.