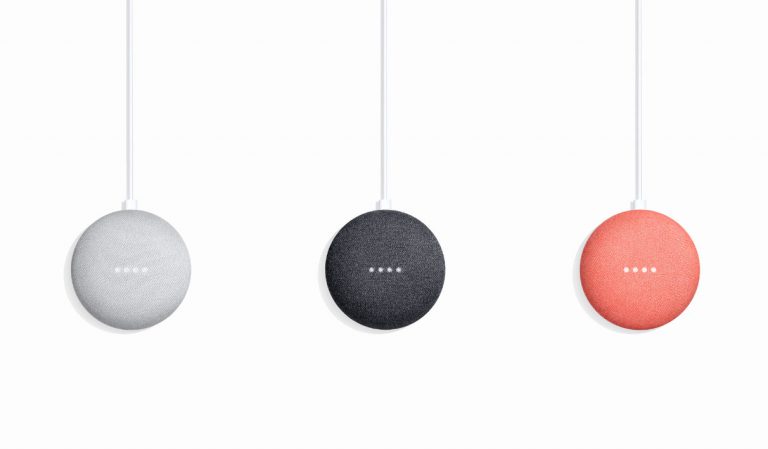 Devices like the Google Home are a little confusing. They look like they’re just the elements of a distributed music system – the individual speakers. That they’re capable of so much more can easily be overlooked. Now, with the Google Home Mini, the real power of the underlying system will be far more apparent.

Each Google Home Mini is a little speaker with built in microphones that you can talk to, and which can talk back to you. As you can see from the picture, there are three colours. What you can’t see is the size: about that of a donut. The Mini connects – of course, this is Google, after all – to your home network.

Yes, like the Google Home, they can play music. If you are concerned that their audio capabilities may be constrained by their small size, they have Bluetooth built in so you can use headphones and, presumably, other speakers.

But with their built in microphones they can listen and help you out using Google Assistant. Says Google, they “can hear you from anywhere in the room”. They answer your voice commands with the same kind of power Google Assistant does on your Android phone. Indicator lights show that they are on, listening and hearing you.

Amongst the features available, or planned, are:

All the features you’ve come to expect from using Google search with voice, along with zillions of answers to everyday questions. You know the thing. Ask the time. Ask for the square root of Pi. Get it to remind you of the population of Guatemala;

The Google Home Mini will be available later in October from most major retailers, plus Google itself, for $79.