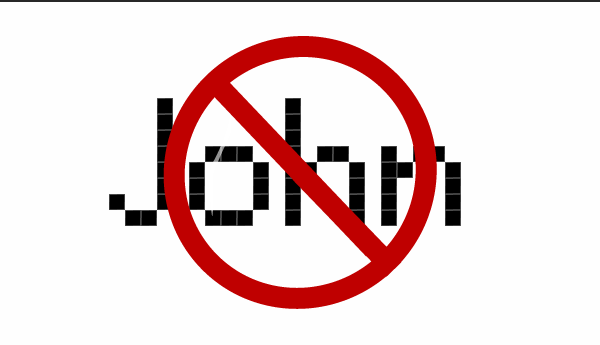 Some months back a lovely young man came into the life of one of my daughters. But he had one problem. His name is John, and Google makes it hard to type “John” on an Android phone. Here’s how to fix the problem, but it comes at a cost.

We use WhatsApp to communicate within my family. In addition to various subgroups, we’ve created a large group for all of us. Including John. But whenever I’d try to address him, my attempts at swiping “John” on the Gboard keyboard (that is, Google’s keyboard) would usually result in “Johnny”, with alternatives like “join”, “job”, “Johnson”, “Johnston” and “John’s” on offer. But never “John”.

I love Gboard. I find swiping out words far faster and more accurate than tapping away. If only I could type John’s name.

Okay, I’m a bit slow. But lately I’d started to entertain with the idea that, just maybe, there’s something wrong with the word itself. I recall from novels that it was sometimes used as slang for, well, the bathroom. And sometimes to describe the male client of what we these days call a “sex worker”. But there are any number of entirely innocent names and words that have been applied to the less savoury aspects of life. So, I started exploring.

Could I swipe the common shortened version of Richard? GBoard put “duck” in the typing box and offered as alternatives “sick”, “Dickinson” and the duck emoji.

To really put it to the test, I tried swiping in an extensive collection of foul words. Plus quite a few that can mean the male member, as well as having innocuous meanings. With one exception, none of those could be produced by swiping. Clearly Google was censoring – excessively – my expression.

Could I switch it off?

Further searching revealed the way you get to these settings. It’s not hard, if you know what you’re doing. Here’s how:

The downside of all this is that you’re increasing the chance of accidentally swiping an obscenity into an otherwise innocuous message.

Incidentally, one of the alternatives to “John” offered by Gboard was “Johnson”. Doesn’t Google know that Johnson also has a slang meaning?