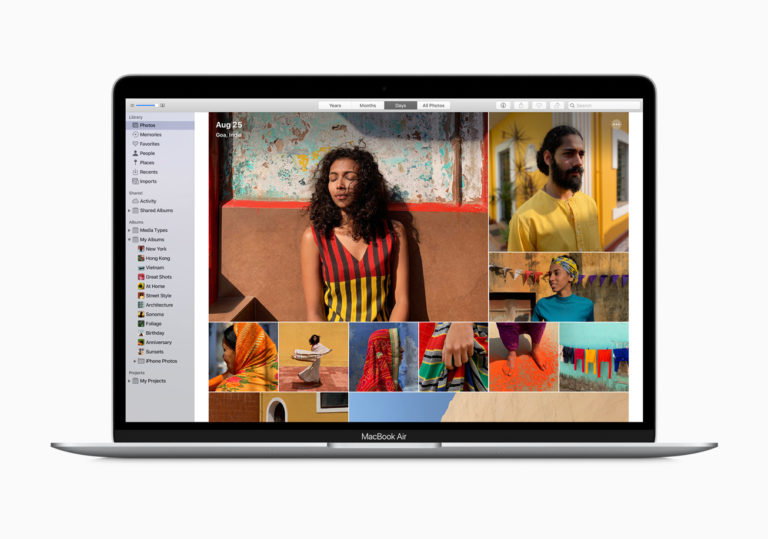 Our friends at iFixit have donned the surgical mask, gloves, and gown to dissect the new MacBook Air 2020. What they found surprised even an old techie like me.

Well, primarily that the MacBook Air 2020 is quite repairable scoring 4-out-of-10. Has Apple grown a pear and joined the Right to Repair Movement?

The MacBook Air 2020 teardown is not quite the usual depth – COVID-Convicts do not have a lot of magic testbed equipment at home, so there is more analysis to be done.

What surprised me about the MacBook Air 2020 teardown?

It has so very few and tiny parts.

The motherboard looks as if it could fit in an iPad. It is a kitchen sink design with everything – processor, RAM, SSD, Wi-Fi, BT, and more surface mounted or soldered to the minuscule mainboard. A masterpiece of stackable design but that means if any part should fail, it will be a costly replacement.

And the Intel 10th gen processor, buried under so much stuff must run quite cool. Apple does not reveal it, but they are special Apple versions of Intel’s 10th Gen i3, i5 and i7 Y-series with Intel Iris Plus graphics.

There is a single small fan, but thermal control is via aggressive throttling. What this means is that as it gets hotter, it slows down. Tests show that this is less than 50% (capped at 1.5Ghz of a potential i5 1.1/3.2Ghz) and the fan is flat out. If you want hardcore performance, it is back to a MacBook Pro.

The battery is also interesting in that it is in two pieces to make the 49.9Wh rating. Common logic is a two-part battery in parallel loses about 20-30% efficiency and usable capacity over a single cell, but it should run cooler. Again, early reviews destroy Apple’s ‘laboratory’ claim of 11 hours – its closer to five hours of real use.

The new scissor design ‘Magic Keyboard’ (in fact an ancient standard design) should mean the end of the Butterfly #Keyboardgate which has plagued MacBooks. But it is still built into the top deck, so a replacement means motza money.

And the new trackpad is larger and is replaceable.

Make no mistake that this is an Apple design product, an evolution of the 2018 model harnessing Intel’s 10th Gen Core-Y CPUs.

A lot of reviewers say it will cannibalise MacBook sales. Now that we see its internals I don’t think that it will be any threat at all for creatives and power users. To put it in perspective the Y-processors are far less potent than the U-series found in most Mac and Windows notebooks. They all draw 9-12W TDP that dictates the aggressive thermal throttling. Yes, they are faster (in theory) than the MacBook Air 2018, but they aggressively throttle under load.

What they will be suitable for, as all Air models have been, is portability, content viewing and lightweight apps.

And here is the new Apple iPad Pro video teardown

You may be interested in this comparison between the iPad Pro 2018 and the new 2020 model.