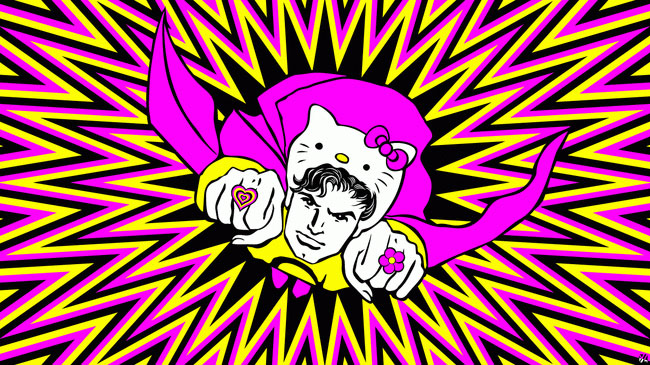 Microsoft proves its mettle in the art world with Surface

The artistry that is drawing and painting appears to be changing, as Microsoft’s Surface begins to find its way into the hands of artists, replacing the pen and paper that so many have relied on.

It’s a new world for the way we communicate, and artists too have to change the way they talk to the world. If every image created is a form of communication — talking through ideas and topics that can inspire — it can benefit from improvements in tech, addressing the conversation in different ways.

We’ve seen video art arise from growth and improvements in the way imaging technology has changed, and while drawing has changed with the development of the graphics tablet — the gadget many know as a Wacom — it is changing once again with the portable digitiser tablet.

A few examples of these have hit the market, and one is even made by Wacom, but it’s not the only maker out there, with Microsoft joining Wacom’s own to be used by artists.

That tablet is the Surface 3 Pro, and while we’ve praised the tablet for being a beacon of productivity, creative types are now getting behind the gadget and using it for their work and creative juices.

In fact, the Twitter “fail whale”’s creator Yiying Lu is one such artist integrating the technology into her life, a change which Lu says has saved her time and helped her to focus energy on the creative side.

“Previously when I created my artwork, I usually work with four steps,” Lu told GadgetGuy, telling us that she would draw the idea with pen and paper, scan it into a computer with Adobe Photoshop, edit the artwork in the same app, and then edit and finish the artwork in Illustrator.

“With Surface 3 Pro and the pen, it definitely simplifies the process,” she said. “With complicated composition artwork, I could skip the steps 1 and 2 by drawing directly via Photoshop using the Surface Pen, which makes it easy to edit and vectorise the art in Illustrator afterwards.”

Some of Lu’s images made this way include “Surfing Pigs” (above), “HelloKitty x Superman” (the image at the top of this article) and “Robin Williams & Gorilla Koko” hugging in a heart-filled (literally) design.

But Lu isn’t the only artist embracing the gadget, with other artists in Australia also jumping in, including James Jirat Patradoon, Rod Smith, and Mulga the Artist (yes, that’s his name).

“Surface Pro 3 represents a step forward for the Surface family, taking the feedback from previous versions and providing the ultimate device that enables people to work, create and play better, all in one great device,” said Tina Flammer, Surface Product Manager for Microsoft Australia.

It’s worth noting that Microsoft’s Surface isn’t the only product in the arena with this pen-based technology, and it joins the Samsung Galaxy Note products with Android and the S-Pen, as well as Lenovo’s ThinkPad 10, HP’s ElitePad 1000 G2, and Wacom’s own Cintiq Companion and Companion Hybrid.

Even Apple’s iPad scores points in this area, thanks in part to a massive amount of accessories made for the creation of digital art, as well as specialised applications aimed at helping artists and designers get their ideas out more efficiently.

Ultimately, what all this means is that the art world and the images that are made for it can grow alongside technology, as their creators do their part and evolve with the tools, and that can only be a good thing.