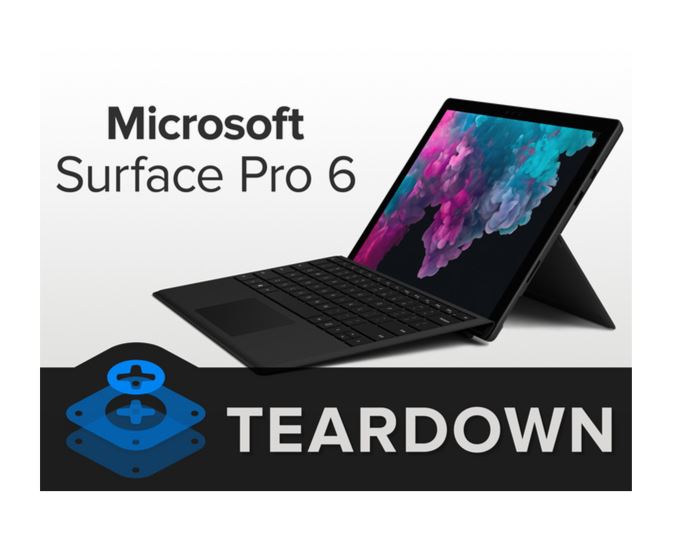 The Microsoft Surface Pro 6 teardown reveals nothing new over the Surface Pro 5 except the colour – black, an updated processor and the price!

GadgetGuy has one for review (results next week), but our impressions are that it is more of the same. No USB-C, no new features, just a little faster and more expensive. To be fair, the latter is in part caused by the recent 10% drop in the Aussie dollar.

The box said ‘6’, but we keep seeing ‘5’. The case is unchanged and noticeably absent is the ever-popular USB-C port that found its way onto the Surface Go. We even swapped a Pro 5 display to our Pro 6 teardown unit, and it worked like a charm.

Five years after the first Pro, and on the wings of the cool modular Studio rumours, we were hoping the Surface line had grown and matured. But alas, we found the same glued-shut (dare we say disposable?) 1/10 repairability score tablet we have seen for the past few years. No upgradability, no USB-C, a glued-in battery with a limited life—but hey, it comes in black.


So that is the Surface Pro 6 story. Same old, same old.

To be fair to Microsoft if you are on a good thing stick with it. The Surface series is about being ‘reference’ devices – to show what Windows can do with reference hardware. We think that after five years of good, solid, performance that its time for a change. Well, perhaps next year.

Microsoft is on record as not really caring that it does not sell squillions of these either although it does dominate the hybrid (tablet and detachable keyboard category). It wants Windows OEMs to ‘rise above the Surface” and present new and innovative features and form factors.

There is a lot of tech that goes into a tablet – miniaturisation affects heat management, battery life, acoustics, screen, stand – it is not as easy as building a laptop of x360 format.

But Acer Switch, Samsung Galaxy Book, HP Elitebook/Spectre/Envy x2, Lenovo MIIx, Dell Latitude and even the Microsoft Surface Book 2 are must consider alternatives. Remember they all run Windows, so it comes down to price, build, keyboard, CPU/GPU and screen.

You can read GadgetGuy’s take about Microsoft’s 2018 Surface range here.

iFixit compared the Surface Pro 5 and Pro 6 – guess what it uses the same case with a fancy new Black finish option!

The innards open by using heat and gentle prising to remove the screen from its hotmelt glue.

Heat management now uses graphite instead of copper heat pipes. I have never had heat issues with any Surface Pro and the 8th generation Core processors run cooler anyway.

Regrettably, the Surface Pro 6 carries on the repair, or un-repairability tradition scoring 1-out-of-10. While that is not good, it is due to copious amounts of hot melt glue and almost everything inside being surface mounted. While batteries are replaceable, the path to get there is fraught with danger.

Alas, it’s just as un-upgradable and un-repairable as ever, and it doesn’t even get a USB-C port.