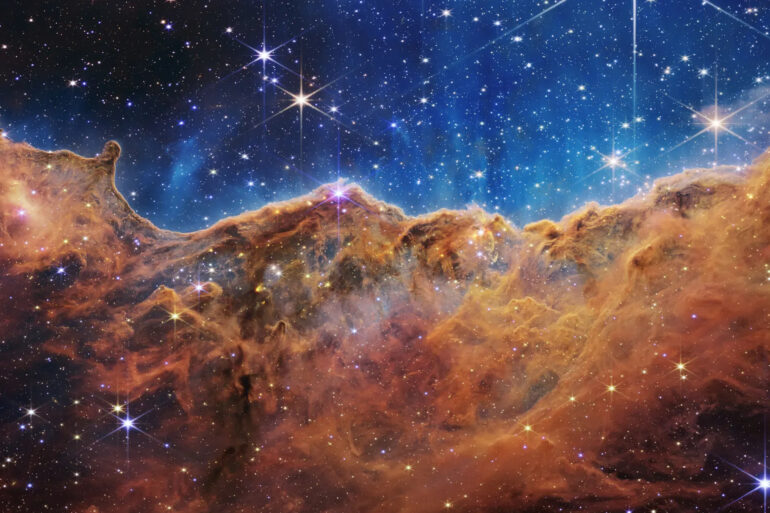 New images from NASA have shown off the impressive capabilities of the $13 billion James Webb Space Telescope, giving humanity a greater understanding of the cosmos.

On 11 July US-time, President Joe Biden unveiled the first image from NASA’s most powerful space science telescope to date. Pictured within was what’s now known as Webb’s First Deep Field, depicting various galaxies in the section of space labelled SMACS 0723. As the NASA report mentions, it’s the “deepest and sharpest infrared image of the distant universe” ever taken.

As explained on CNET, the image is a result of the Webb Telescope capturing infrared light in black-and-white, which is then processed to include colour. This colourising process helps to explain how far away each galaxy is from us – blue is closer to us than red. If you want to feel small, consider this: this first image is but a speck of the entire universe, capturing what it looked like roughly 4.6 billion years ago.

Now, following a 12 July reveal of several more images, we have even more detailed perspectives of previously-uncovered space landmarks. NASA released high-quality images of Carina Nebula, Stephan’s Quintet, and the Southern Ring Nebula as part of the follow-up briefing. The difference between the images captured by the Hubble Space Telescope and the James Webb Space Telescope is striking, showing off more intricacies than was previously possible. When it comes to analysing huge scientific breakthroughs – like the spectral data of gaseous exoplanet WASP-96b – the experts do it complete justice.

Where to now for the James Webb Space Telescope?

A collaboration between NASA, the European Space Agency, and the Canadian Space Agency, the James Webb Space Telescope currently orbits the Sun. More specifically, it sits 1.5 million kilometres from Earth at the second Lagrange point (L2), where it can orbit the Sun while staying in line with Earth. After launching in December last year, the telescope is expected to continue its mission for at least 10 years. During this time, it will help astronomers learn more about the universe, including our Solar System and beyond.

It’s always a special day when we uncover what lies beyond our world. Take some time today to look at the images, read about how special they are, and marvel at humanity’s achievements.