NVIDIA at Computex 2019 – I can see clearly now 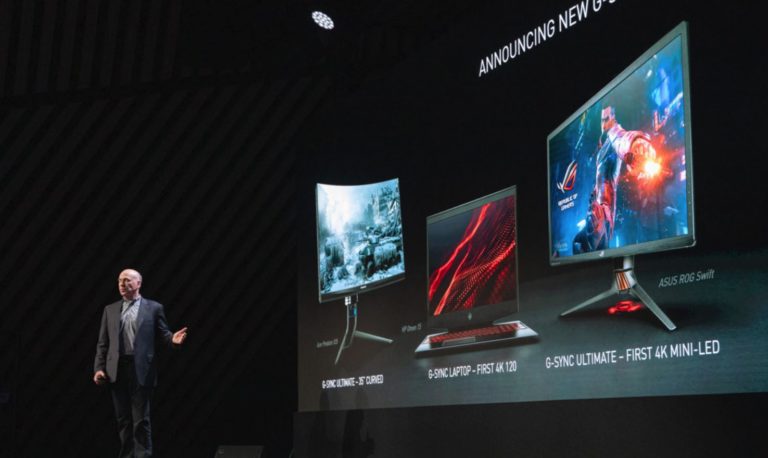 NVIDIA announcements at Computex 2019 covered both the enterprise and consumer fronts.

The newly-announced NVIDIA EGX is an accelerated computing platform that enables companies to perform low-latency AI at the edge — to perceive, understand and act in real time on continuous streaming data between 5G base stations, warehouses, retail stores, factories and beyond. The platform is supported by 40+ partners, including AWS, Microsoft Azure, BMW, GE Healthcare, Dell EMC, Cisco, and Mellanox.
https://nvidianews.nvidia.com/news/nvidia-launches-edge-computing-platform-to-bring-real-time-ai-to-global-industries

NVIDIA Studio is a newly launched platform that dramatically improves performance and reliability for the world’s 40 million online and studio-based creatives who depend on high-performance PCs for their craft. Combining RTX GPUs as well as the NVIDIA Studio Stack of specialised SDKs and dedicated Studio Drivers, it is supported with rigorous hardware and software testing for top creative applications and workflows.
https://nvidianews.nvidia.com/news/nvidia-boosts-capabilities-of-worlds-40-million-creativeswith-launch-of-nvidia-studio

Quake II RTX will be available on GeForce.com as a free download on June 6. It is the world’s first game that is fully path-traced, a ray-tracing technique that unifies all lighting effects such as shadows, reflections, refractions and more into a single ray-tracing algorithm. The result is a stunning new look for id Software’s Quake II, one of the world’s most popular games, originally launched in 1997.
https://nvidianews.nvidia.com/news/relive-a-classic-nvidia-remakes-quake-ii-with-stunning-ray-traced-graphics-gifts-to-pc-gamers

Wolfenstein: Youngblood will include support for real-time ray-tracing effects, NVIDIA Adaptive Shading and other advanced gaming technologies that will let gamers experience the rich realism and depth of the game’s visuals. To celebrate the return of the franchise, NVIDIA today kicked off a “Born to Hunt” bundle for GeForce RTX™ GPUs. For a limited time, gamers will receive Wolfenstein: Youngblood, which is scheduled to release on July 26, with the purchase of an eligible GeForce RTX 2080 Ti, 2080, 2070 or 2060 GPU-equipped graphics card, desktop PC, or laptop.
https://nvidianews.nvidia.com/news/nvidia-and-bethesda-add-wolfenstein-youngblood-to-list-of-ray-traced-blockbuster-franchises

RTX Studio laptops are purpose-built for content creation, featuring up to 16GB of graphics memory, up to 4K HDR displays, Max-Q thin and light designs, Core i7 and i9 CPUs, and plenty of fast RAM and SSD storage.
https://blogs.nvidia.com/blog/2019/05/28/rtx-studio-laptops/

Seven new NVIDIA-powered servers have been added to the portfolio of NGC-Ready partner systems validated for AI and machine learning.
https://blogs.nvidia.com/blog/2019/05/27/ngc-ready-servers-and-services-expand

New mobile workstations from global OEMs offer desktop-level performance for millions of creative and technical professionals on the go, empowering them with the latest advancements in photorealistic rendering, AI and VR.
https://blogs.nvidia.com/blog/2019/05/27/mobile-workstations-launch-with-nvidia-quadro-rtx/

This information has been reproduced with permission from NVIDIA.